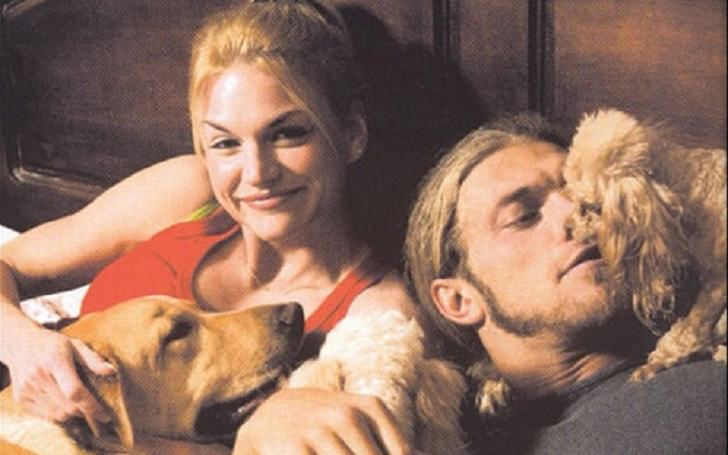 Alannah Morley is the first wife of former WWE star Adam Joseph Copeland (aka Edge). The couple was married for a couple of years before going their separate ways.

Alannah’s ex-husband, the rate R-superstar appeared in both Raw and Smackdown and won a number of major titles such as the World Heavyweight Championship seven times, the WWE Championship four times, and more.

Let’s know something interesting about their past marital life and also take a close look at many interesting facts regarding Alannah’s! Do you know her brother is also a wrestler? You’re about to find out!

When did Alannah Morley and ex-husband Edge married?

The couple tied the knot in late 2001, in a low-key ceremony. According to sources, they first came across back in 1998 and were in a romantic relationship for a couple of years before exchanging their vows. At the time, Edge’s wrestling career was also taking off.

However, soon after their marriage, things started becoming complicated between the two. As a result, their marriage didn’t sustain for long and the two divorced in March 2004.

The former lovebirds never revealed the reason behind their separation.

Is Alannah Morley married for the second time?

The former celebrity spouse has kept things very secret after her divorce with Edge. She hasn’t married anyone officially. Besides, Alannah has also refrained from making any public appearances.

It seems that Morley is single at present.

The wrestler for the second time went on to marry Liza Ortiz in October 2004. While Edge was still married to Liza, he began an affair with Amy “Lita” Dumas (aka Lita), a former wrestler and an animal welfare activist and. At the same time, Lita was also in a relationship with Edge’s real-life friend, fellow wrestler Matt Hardy.

Adam’s romance with Lita attracted huge media attention which eventually led to the end of his marital relationship with second wife Lita in November 2005.

Adam is now in a happy marital relationship with his third spouse, wrestler Beth Phoenix. The couple got married on the occasion of Copeland’s 43rd birthday on 30th October 2016.

They are also blessed with two children. They welcomed their first child, a daughter  Lyric Rose Copeland in December 2013. Their second daughter Ruby Ever Copeland was born on May 2016.

Copeland was born in Orangeville, Ontario. He was raised by his single mother Judy Lynn Copeland. He attended Humber College and graduated with a degree in radio broadcasting.

Adam landed his first professional wrestling gig on Canada Day 1992. The most decorated wrestlers has since won a number of major championships. He was also inducted into the WWE Hall of Fame in 2012.

Besides, Copeland has worked in a number of movies and TV shows. He appeared in movies like Highlander: Endgame, Bending the Rules, and Money Plane as well.

On the other side, the actor played Dwight Hendrickson in Haven (2011-15). He made his big break following his breakout role of Kjetill Flatnose in Vikings (2017-2020).

Furthermore, Adam made a special guest appearance in Trailer Park Boys: The Animated Series in 2020.

Where is Alannah Morley From? Her brother is a wrestler

Morley was born in Ontario, Canada. She spent most of her early days in Ontario with her family. She also has a brother named Val Venis, a former Canadian professional wrestler. Her brother came into the limelight after his performance in the WWF and WWE between 1998 to 2009.

Alannah also has two beautiful nieces from her brother’s side. Val currently resides in Phoenix, Arizona.

Her net worth is $100,000 as of 2020. On the other side, her ex-spouse Edge has an estimated net worth of $14 million. He has collected the major portion of his wealth from his prolific wrestling career and many other works.

He owns a house in Asheville, North Carolina.