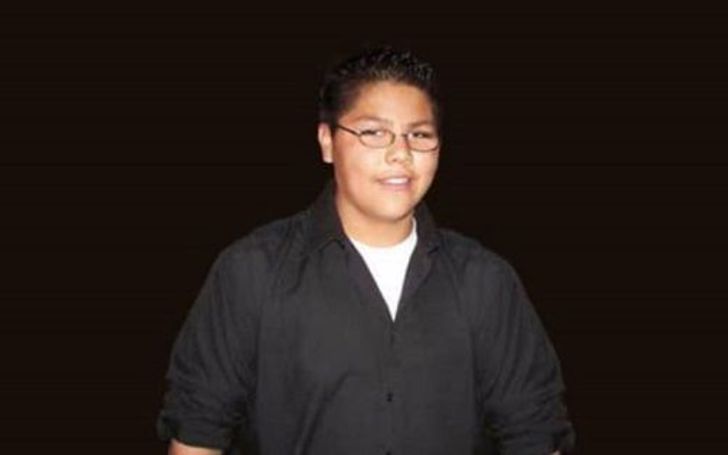 Frankie Iglesias is widely recognized as Gabriel Iglesias’ son, but the reality is a little different. It may come out as a shock to many, but Frankie is not Gabriel’s biological child but from his girlfriend Claudia’s past relationship. Nonetheless, Gabriel treats him more like his own kid.

Apparently, Gabriel adopted Frankie and is raising his girlfriend Claudia. With that said, who is Frankie Iglesias’ biological father? Has Claudia revealed it to the public? Or is it a secret to the date? Let’s find it out.

Unlike popular belief, Frankie Iglesias is not the biological child of Mr. Iglesias star Gabriel Iglesias. In fact, he is the son of Gabriel’s current girlfriend, Claudia Valdez, and her ex-husband.

Frankie was born on 8th December 1997 in the USA. With no identity of his birth father, Frankie is lucky to be adopted by the famous and funny comedian Gabriel.

Frankie’s mother Claudia is an Actress

Many of us may not be aware, but Claudia is an actress by profession and has appeared in a few movies. Making her debut in the entertainment industry with Monster, she has appeared in films that include La Zona, El Buffalo De La Noche, Jarhead, The Legend of Zoro.

His Step-Father Gabriel is a Comedian and Actor

While the identity of his biological father is not known, his step-father Gabriel is a comedian and an actor by profession.

Making a TV debut with All That in 2002, he has appeared in TV and films, including My Wife and Kids, Last Comic Standing, Key & Peele, Modern Family, and many others.

Frankie Iglesias Parents: Gabriel and Claudia are not Married Yet

Unlike popular belief, Frankie’s parents Gabriel and Claudia, are not married. Since the two are together for over a decade, they are often confused as husband and wife, which is untrue.

Also, they have not yet revealed their plans for a wedding, and it looks like they are not going to get married any time soon.

Talking about their first meeting, Frankie’s mother Claudia and step-father Gabriel met at a “Make A Wish” event that was organized at the Laugh Factory in 2008.

With years gone by, the couple still shares a strong bonding, and there are no reports of infidelity between them. In fact, Claudia is the only official girlfriend of Gabriel by far.

Talking of Claudia, she was married in the past. She gave birth to her only child, Frankie, with her then-husband. Unfortunately, her marital relationship didn’t last for long, ending up in a divorce.

Although Gabriel is not Frankie’s biological father, he shares quite a bond with him. Unlikely it may sound, but the 44 years old is always praised for his son Frankie.

In fact, he always appreciates his son on social media. Back in 2017, he made a social media post where he humorously addressed all the girls who would like to date his son. Here is the post.

My son is great! He’s 19 and chills. What a life! Any cute girls wanna take him off my hands? He has all his shots 😃 #FreeFrankie https://t.co/qmSPFdehVl

Moreover, Gabriel has also mentioned that he does not want any more kids and that Frankie is more than his biological child.

In one of his tweets, he clearly mentioned that “Frankie will be my only child.” Check out the post here.