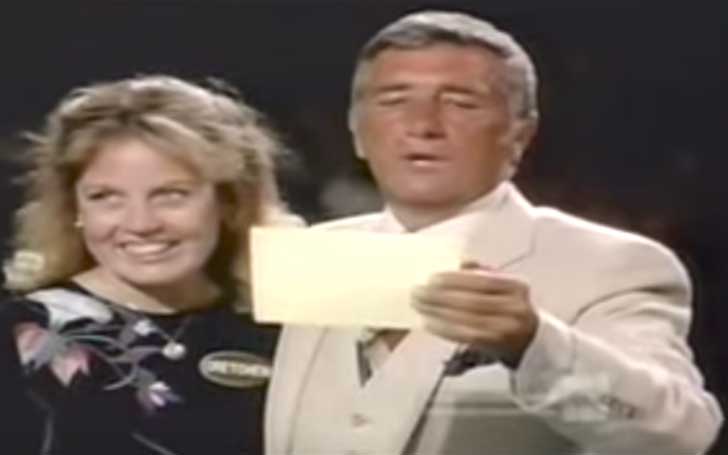 Gretchen Johnson is the second wife of the late actor, comedian, and television host, Richard Dawson. She grabbed initial fame after appearing in the famous show of the ’70s and ’80s, Family Feud. Later she became the hot topic after she married Richard.

Well, Richard Dawson’s wife Gretchen still uses his last name years after his death. Here, you can find some unknown secrets of Johnson’s life. Let’s get right into it.

She was born the Youngest of Three Siblings

Gretchen Johnson was born on September 22, 1955, in Manhattan Beach, California. She is the youngest of three kids to her parents Bob Johnson and June Johnson. Her two sisters are Wendy Johnson and Heidi Johnson.

Johnson was around 26 years old when she met her husband Richard at the game show, Family Feud. In 1981, during the first run of the show, Gretchen and her family participated in Richard’s game show where the future lovebirds had their first encounter.

In an interview with Paul Brownstein in 2010, Dawson talked about his love life. There, he recalled the first meeting with his second wife Gretchen, and how he went on to ask her telephone number.

Dawson revealed that after a while since they started talking on the telephone, he called her up for a dinner where he cooked a few items for her including asparagus. Gretchen upon eating said it was nice food on that day, however, he came to learn several weeks later that she hates almost every food starting with ‘A,’ including the asparagus.

Here is the video clip:

After dating for some years, Gretchen married Dawson in 1991. Since Dawson had not been active on television by the time, their marriage remained a secret to many of their fans across the United States.

They Had a Daughter Together Before They Tied the Knot

Gretchen gave birth to her first child with her then-boyfriend Richard Dawson in 1990. The news about their daughter, Shannon Nicole Dawson, came to the limelight after the proud father revealed it while greeting a contestant whom he first met on Match Game.

Their Conjugal Life Ended in 2012

Married in 1991, Gretchen Johnson and Richard Dawson lived a happy marital life for more than two decades until the latter’s death. The renowned American actor and television show host, Dawson died on 2 June 2012 at the Ronald Reagan UCLA Medical Center.

Dawson died from esophageal cancer. His son, Gary announced in a Facebook post shortly after his death. Dawson was interred in Westwood Memorial Park, Los Angeles.

The mother of one daughter, Gretchen is also a step-mom to Dawson’s two children from his previous marriage.

Dawson was married to the late actress Diana Dors for around eight years. Married in 1959, Dawson and Dors gave birth to two children, sons Gary Dawson, and Mark Dawson.