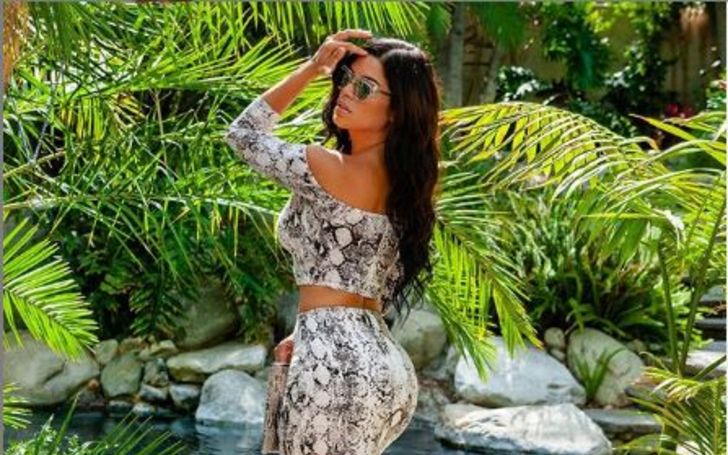 Apart from her modeling career, she also gained recognization in the media after her public appearances with millionaire poker player Dan Bilzerian. Were the two in a relationship?

Well, here, we are going to address all the details about her relationship including her family and career.

Medeiros was born on May 14, 1986, in New York, New York, United States, to father Sergio Medeiros, and mother Elisabete Medeiros.

Though born in New York, she spent a large part of her childhood in Rio de Janeiro, Brazil. However, she later relocated to the United States to pursue her dream of becoming a model.

She has two siblings, a brother and a younger sister named Evelyn Mederios.

36 years old Suelyn has built a lucrative career as an Instagram model. As of June 2022, she has over 3.9 million followers on her official Instagram account, @suelynmedeiros.

Along with modeling, she is also an actress and appeared in a few movies. She made her debut as an actress in the movie Perfect Combination in 2010.

Her other acting credits include Video Girl, Dysfunctional Friends, The Bold and the Beautiful, and a horror-comedy film, Scary Movie 5.

Suelyn has been with some high-profile men when it comes to love affairs. One of them is the millionaire poker player Dan Bilzerian. The two were together back in mid-2018, however, their relationship is not confirmed officially.

Suelyn and Dan were spotted a number of times including once in Armenia having breakfast in La Piazza.

The two were also together on their trip to Thailand along with a gang of Dan’s girlfriends.

Apart from Dan, she has had other boyfriends in the past. She reportedly dated Canadian businessman Joe Salvatore. The couple was in a relationship for a while in 2011 before breaking up.

Similarly, she went out with singer Chris Brown. In fact, she was spotted with him in a hotel room cozying up which sparked the rumors of their relationship.

A witness to the incident stated:

“We hear the three continued to partay into the evening well into the wee hours of the night way after the clubs were closed, Hmmm where do you go after the club is closed eh? Sounds like a wild night of freaky times to us!

While the conclusion to the story is yet to be made. However, given the fact that Daphne Joy and 50 Cents have been in other similar scandals in the past, this story may sound a little true to many.

Suelyn Medeiros is very active on social media platforms, primarily Instagram and Twitter. As of 2022, she has over 3.9 million followers on her Insta. Similarly, on her Twitter, she has over 655k followers.

Most of her Instagram posts include her modeling photos. Further, she also shares her professional life via her posts.