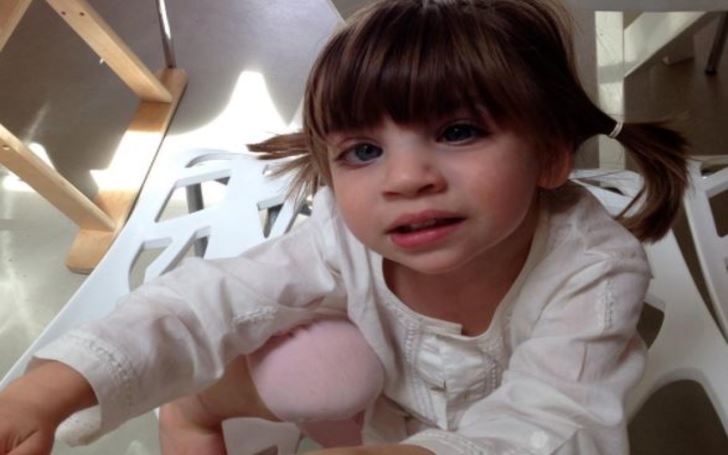 Davian Adele Grant is the daughter of Beverly Hills 90210 actress Jennifer Grant. Davian’s mother, Jennifer is the only child of one of Hollywood’s classic leading men, Cary Grant.

Cary Grant was the pioneer personification of transatlantic accent, debonair demeanor, light-heartedness, and comic timing in the movies. Despite his multiple relationships and marriages, he only had one heir. Henceforth, not many people can be found carrying his legacy.

Although, his daughter, Jennifer pursued in her father’s footsteps but had rather moderate success. Additionally, his two grandkids are way too young to think about acting as their ultimate career. Even so, people continuously develop a keen curiosity towards Cary Grant’s adolescent grandchildren. Among such names is that of Davian Adele Grant. So read all about her life as someone who is born into Hollywood Royalty.

While it is unclear what her paternal heritage is, from her mother’s side, Davi is part English and part Russian.

Her grandfather, Cary Grant was from the northern Bristol suburb of Horfield, England. Adele’s great maternal grandfather was a tailor’s presser at a clothes factory. Her great grandmother (Cary Grant’s mother) worked as a seamstress.

Likewise, Davian’s grandmother, Dyan Cannon, an actress, was the daughter of housewife Claire (née Portnoy) and life insurance salesman Ben Friesen. As a child, she followed the Jewish faith of her Ashkenazi mother. Cannon was a child of a Russian immigrant.

Davian Grant’s Mother, Jennifer Grant Was In Friends And Few Other Hit Series

Davian Adele Grant’s mother, Jennifer Grant is the only child of actor Cary Grant. Jennifer was born through Grant’s marital relationship with the Honey Suckle Rose actress, Dyan Cannon. She was 34 years younger than him.

Adele’s mother, Jennifer Diane Grant is also an actress who is best known for her recurring role in the television series Beverly Hills, 90210 (as Celeste Lundy).

She had her first lead role in the WB sitcom, Movie Stars (1999 to 2000). In the drama show, she played the character of Jacey Wyatt for a total of eight episodes. She also had a cameo appearance in NBC’s hit sitcom, Friends in an episode titled, The One With Two Parents: Part 1 as Nina Bookbinder.

Adele’s mother is also a volunteer for the Young Storytellers Foundation. Jennifer is a former student of Stanford University. She graduated in 1987 with a degree in American Studies. The mother of two is also a former employee at a law firm and a chef at Wolfgang Puck’s Spago restaurant in Beverly Hills.

Who Is Davian Adele Grant’s Father?

Actress Jennifer Grant had her daughter, Davian Adele Grant with her former boyfriend, Arthur Page IV. However, so far, not much about Page is known.

On the other hand, pictures of Davian hanging out with some unidentified relatives suggest Jennifer might have a partner. Some sources believe she is still co-parenting her two children with her ex-boyfriend, Page.

She Has An Older Brother

Davi’s older brother, Carry Benjamin Grant was born in 2008 on Tuesday, August 12th. Adele’s mother named her brother after her famous actor grandfather, Cary Grant. She apparently did so in order for her son to remember and be proud of his lineage.

As An Infant, Davian Adele Grant Had Special Needs

In an online portal by the name, baby 101, Davian’s mother, Jennifer Grant has revealed a rather intriguing case with respect to her daughter’s upbringing. Although on the surface it might just seem like a parent’s testimonial, some choice of words from Cary Grant’s only daughter creates quite a curiosity regarding her daughter.
While speaking positively about baby 101’s director, Evelina Ricci-Yuster, Jennifer reveals how the licensed pediatric physical therapist worked with her daughter, Davian, from the age of nine months until just after her third birthday. She further revealed the time when she was incredibly vulnerable during the first few months of Davi’s life. She also explains how she did not know what to expect with a newly diagnosed daughter of special needs.
The Movie Stars actress added at the time her daughter would barely reach her arm out, and also wouldn’t move to an object. Jennifer discloses, Evelina helped Davian learn to crawl, then to walk, and ultimately to run.  She also mentions the therapist brought her daughter enthusiasm, a wealth of knowledge, and sensitive guidance to themselves.
What’s important to note in all these is the fact that Grant’s daughter hasn’t revealed if her own daughter had a condition or was perfectly normal. Though some, nonetheless, believe that Davian, to this day has some special needs of her own.

She Does Rock Painting

In July 2021, a realtor named, Cathy Cooper Wood, who is believed to be Davian’s grandmother, on her Instagram posted a picture of Jennifer’s daughter where she is apparently taking a break after having done rock painting. In the caption, Cathy wrote, “Craft time, rock painting with a yogurt break🥰.”

It, however, might be too early even for Davi to say if the art is something she wants to pursue as a career or just some holiday activity.

In August 2021, the Grammy-nominated Texan R&B singer, Major R. Johnson Finley aka Major had an adoring moment with Cary Grant’s granddaughter. In a video posted by Davian’s supposed grandmother, Cathy, Major can be seen singing Bruno Mars’ Just The Way You Are for the 10-year-old daughter of Jennifer Grant. Soon after the singer finishes the song, Davi asks him for “more.” It, however, is not revealed how Grant’s grandchild came to meet with Major who is highly regarded for his powerful live show experiences including 2 sold-out shows.

What Happened To Her Grandfather, Cary Grant’s Fortune

People have often wondered what happened or to whom Cary Grant’s wealth of over $60 million (adjusted for inflation, $120 million) went.

Sources report Davian’s grandfather, Cary Grant left $255,000 to friends and charities. He likewise left his home and furnishings to his wife and stipulated the rest of the estate between his wife and daughter (Davian’s mother).

In his will, the North By Northwest declared that items from his natty wardrobe would go to such friends as Frank Sinatra and financier and MGM/UA Communications Corp. chief Kirk Kerkorian.

Additionally, Grant’s former partner, Harris received half the remaining estate, while the other half went into a trust fund over a period of years for Davian’s then 20-year-old mother, Jennifer Grant.

Although the financial distinction of Davian’s mother is yet to come to the public’s knowledge, it is quite certain that Jennifer is a millionaire.

At times, she has also been reported of doing property deals worth millions. As such, in July 2008, Jennifer reportedly sold her Fraser Avenue, Santa Monica home for $2,195,000.

What’s more, when her multimillionaire father died, she was a few years shy of owning fortunes all valued in the ballpark of tens of millions.