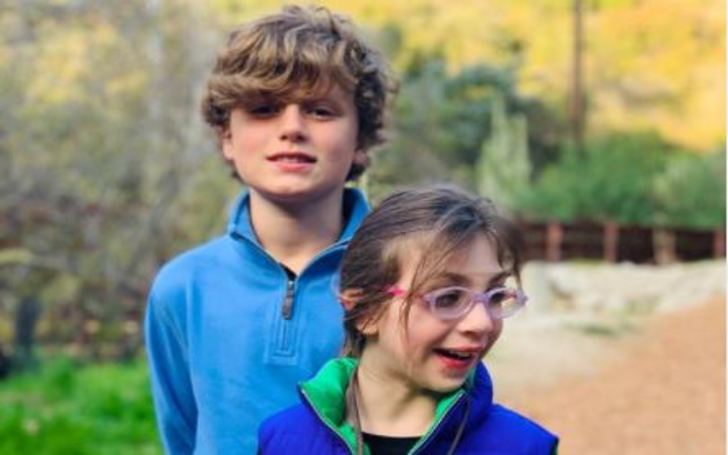 Cary Benjamin Grant is the son of actress, Jennifer Grant. Through his mother, Jennifer, he is also known as the only grandson of American veteran superstar, Cary Grant. Benjamin is just another name that is related to a popular Hollywood icon.

Although young, the son of Jennifer Grant is gaining a lot more attention in recent times. And while it is still early to talk about his achievement, there are some stories from his life that seem to deserve a mention.

First, why his name was after his grandfather? And how much does he realize his famous lineage? Also, where is his actress mother, Jennifer Grant; what is she doing in the present? Know all this along with some other details relating to the Grant family in the details below.

Why Cary Benjamin Grant Was Named After His Grandfather, Cary Father

He, of course, got his name after his grandfather Cary Grant. When asked why Jennifer named her son as the Hollywood royalty, she answered stressing the fact that her son Carry’s generation likely wouldn’t know who her father was. She believed it was something nice for her son Cary that his grandfather was an icon. She added she had only one chance to pass along that name.

From his mother’s side, he is part English & part Russian. His famous grandfather, Cary Grant was from the northern Bristol suburb of Horfield, England. His great maternal grandfather worked as a tailor’s presser at a clothes factory, while his great grandmother (also Cary Grant’s mother) worked as a seamstress.

Likewise, Cary’s actress grandmother, Dyan Cannon was the daughter of housewife Claire (née Portnoy) and life insurance salesman Ben Friesen. She grew up following the Jewish faith of her Ashkenazi mother and was a child of a Russian immigrant.

Was His Grandfather, Cary Grant Married To Betsy Drake Too?

Because of his multiple marriages and relationship with several actresses, the famed grandfather of Cary Benjamin Grant had a confusing relationship timeline. And the most famous puzzle out of this list is Cary Grant’s affiliation with French-British actress, Betsy Drake. Some believe Drake was just one of his partners while others claim she was his wife.

But it’s the latter, that is the reality. She was in fact Benjamin’s grandfather’s third wife. They were in a marital relationship from 1949 to 1962. In fact, this was Grant’s longest marriage.

After divorcing Benjamin’s grandfather, Cary Grant in August 1967, his maternal grandmother, Dyan Cannon married real estate investor Stanley Fimberg in 1985. She though also divorced him in 1991.

She is also quite active on Instagram. The blonde ex-wife of the late Cary Grant occasionally posts about her doings on her socials. She once said her grandson having the name of her former partner was “something else.”

Benjamin’s mother, Jennifer is the only child of actor Cary Grant despite his multiple marriages. Jennifer was born when the North By North West star was 62 years old. He married her mother Dyan Cannon, who was 34 years younger than him.

Benjamin Grant’s mother, Jennifer Diane Grant is also an actress. She is best known for her recurring role in the television series Beverly Hills, 90210 (as Celeste Lundy). Jennifer had her first lead role in the WB sitcom, Movie Stars (1999 to 2000) where she portrayed the character of Jacey Wyatt.

She also once appeared in NBC’s hit sitcom, Friends in an episode titled, The One With Two Parents: Part 1 as Nina Bookbinder.

Benjamin’s mother’s other TV appearances include series such as Moon Over Miami, Time Trax, Chicago Sons, Walker, Texas Ranger, Ellen, Guys Like Us, and CSI: Crime Scene Investigation. Likewise, some of her film credits are The Evening Star (1996), My Engagement Party (1998), Going Shopping (2005), Ghost Squad (2015), and Christmas Trade (2015).

Benjamin Grant’s mother, Jennifer is also a volunteer for the Young Storytellers Foundation. Jennifer graduated from Stanford University in 1987 with a degree in American Studies. She afterward worked for a law firm and followed that with a job as a chef at Wolfgang Puck’s Spago restaurant in Beverly Hills.

Who Is His Father?

Jennifer had her first son Cary Benjamin Grant with her former boyfriend, Arthur Page IV. Benjamin’s parents allegedly never married. Also, nothing much is known about his father, Page. There, however, are a handful of pictures and posts in social media that somewhat insinuates Jennifer might still be co-parenting her two children with her former boyfriend.

Additionally, it is unclear when and how long they were together.

Before, Arthur, Benjamin Grant’s mother, Jennifer was married to director Randy Zisk from 1993 to 1996.

Cary Benjamin Grant Has One Sibling

How Much Money Did Cary Grant Leave His Daughter, Jennifer Grant?

Multiple sources confirm, at the time of his death, Cary’s grandfather, was worth here and there $60 million. Adjusted for inflation, that is the equivalent of about $130 million today.

Jennifer being Cary Grant’s only child, was the other one of two who got to have her dad’s fortune. She received most part of her father’s wealth with the other share going to her stepmother, Barbara Harris. However, since she was only 20 years old, the fortune initially went a trust to protect her portion of the proceeds.

AP News report, Cary Benjamin’s veteran actor grandfather, left $255,000 to his friends and various charities. Frank Sinatra and MGM/UA chief Kirk Kerkorian were the recipients of his wardrobe contents. Cary Grant became the owner of the Beverly Hills house they shared. She also received his extensive French Impressionist collection of paintings. Additionally, she inherited the ownership of all tangible personal property from their home.

While she has allowed people to have a peek inside her personal life through her Instagram, every, now and then, Jennifer Grant hasn’t made it clear if she is married or just a single mother. So far, in her socials, there lies a handful of images of her two children yet she is nowhere near telling about her romantic aspects.