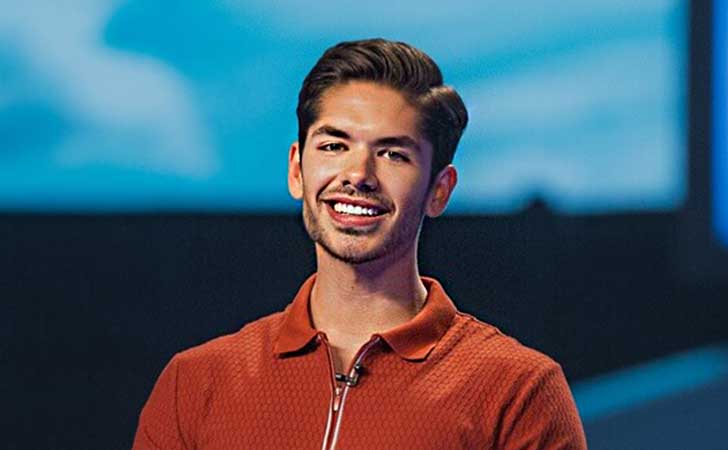 Jonathan Osteen is a son of American author and pastor Joel Osteen and Victoria Osteen. Besides, Osteen is an emerging singer and musician. Born into a religious family, Jonathan got to hear his parents’ preach every often. In fact, he loves what his father does and is following his footsteps.

Jonathan Osteen is the First Child of Joel and Victoria Osteen

Jonathan Osteen was born on 20th April 1995 in Houston, Texas. He was born as the first child to parents Joel and Victoria Osteen who got married in 1987. Jonathan has a younger sister, Alexandra Osteen who was born on November 9, 1998. He is American by nationality and belongs to the white ethnicity.

He graduated from the Texas University

Jonathan Osteen graduated from Texas University in May 2017. However, it’s not clear what he studied at the university. Both his father and mother took to their social media to celebrate his graduation. Joel shared a photo of him with his son with a graduate cap. He wrote, “We had a great day celebrating @jonathanosteen’s graduation from the University of Texas at Austin!” alongside his post.

Meanwhile, Jonathan’s mother, Victoria’s first Instagram post happens to be the one where she congratulates her son on his graduation. “My first post and I couldn’t be more proud! Congratulations Jonathan on your graduation,” she wrote in the caption of her post featuring her and her son.

He is a Musician

Jonathan is an aspiring musician who has been a lead vocalist of the band that sings at the Lakewood Church where his parents are pastors. He has yet to walk a long road to get his desired success in music, but he already has a huge mass of followers. He is a popular face on Instagram where he has more than 100k followers and on Twitter, he has nearly 30k followers.

His sister, Alexandra also sings with him at the church. Meanwhile, the brother and sister with a couple of their musician friends formed a band named LYA. The band released its first single, “Feelin” in 2016, and its first EP titled “In the Name” in 2019.

Jonathan Osteen is 25 years old as of 2020. He might have dated some girls in the past, but he lives single as of present. He is not so secretive when it comes to sharing his lifestyle on social media. We can see him sharing his day out with friends, his time with his parents and sibling on Instagram, however, he hasn’t ever shared his romantic life on the platform that leads us to believe that he is not dating anyone currently.

His Father Has Five Siblings

Jonathan’s father, Joel Osteen is one of the five children born to father, John Osteen, and mother, Dolores (“Dodie”) Pilgrim. Joel’s siblings include brother Paul Osteen, and sisters, Lisa Osteen, April Osteen Simon, and Tamara Osteen. Besides, he has a half-sibling, brother Justin Osteen from his father, John’s previous marriage.

Joel’s brother, Paul Osteen is a vascular surgeon, a medical missionary, and a humanitarian. Lisa is an author known for the book You Are Made for More!. Likewise, his other sister, April runs a blog and is a doting mother of five.

Jonathan’s grandfather, John Osteen is famous as an author and pastor. Besides, he also hosted a television show called John Osteen for sixteen years. On top of that, John Osteen is remembered as the founder of Lakewood Church which he founded in 1959 in Houston. He later developed the church into a body of approximately 15,000 members.

John served as the pastor at the church until his death on 23rd January 1999. John died due to heart failure at the age of 77. After his demise, his son, Joel became the pastor and he further developed the church with over 50k attendance capacity.