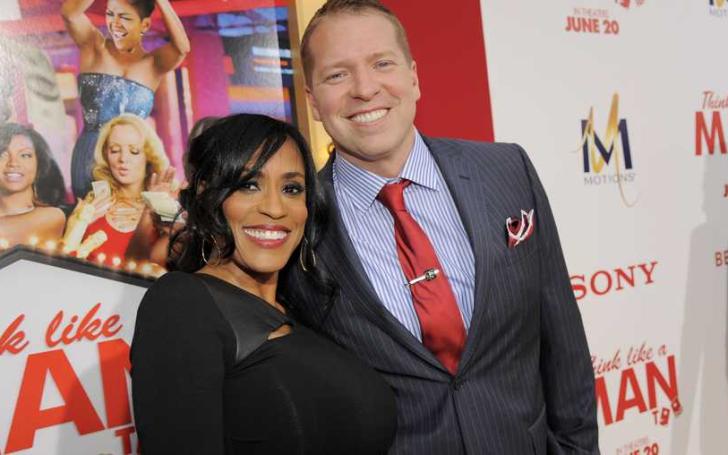 Kenya Duke is an American actress and executive producer with a few acting credits. In addition to her show business career, Duke is also a businesswoman who is currently the owner of Premier Sports and Corporate Travel in Hamilton, Ohio.

But, Kenya rose to fame as the wife of Gary Owen. Although we’re still conservative when it comes to interracial marriages, especially with black and white couple, Kenya and her husband Gary Owen broke down all the stereotypes. Not only do they have a great marriage life but they also have a terrific family life as well.

Their long-term interracial marriage life is one of the most inspiring relationships out there. Besides, many of you might not know that Gary is Kenya’s second husband. Well, then who is her first husband?

Find out all the answers here including Kenya’s parents, kids, first husband, father, and more!

Who Are Kenya Duke’s Parents? Her Father Died When Duke Was Six

Kenya Owen was born Kenya Simon Duke on May 9th, 1968, in the United States. She is the daughter of Barbara Jean Cooper and her husband. Her dad was in the Navy.

Sadly, Kenya didn’t get to spend a whole lot of time with her dad. According to her mother Barbara, Kenya’s father passed away when she was only 6.

Growing up, Kenya’s mother rarely talked about their father because of which she doesn’t know anything about her dad. Moreover, according to Kenya, her mom didn’t really have a great relationship with her old man. In an episode of The Gary Owen Show, when Gary asked about his father-in-law, Barbara refrained from speaking about it.

Kenya also revealed in the episode that judging her mom’s reaction her dad wasn’t a great husband. This is why she never took Kenya to her father’s grave since his death. Kenya is 54 years old in 2022 and has yet to visit her father’s grave for the second time.

Besides, her mom Barbara also lives near Gary and Kenya’s residence in Ohio. She moved there one month after Owen relocated there.

What is Kenya Duke’s Profession? Her Professional Career

Just like her husband, Gary, who is a famous comedian and an actor, Kenya is also relishing her professional life. She is the owner of Premier Sports and Corporate Travel.

According to her Instagram bio, she also flips houses. For a beginner, the term flipping house means to purchase a revenue-generating asset and sell it for a profit. Flip or Flop star Tarek El Moussa is a renowned house flipper. She also once worked at the clothing line up, TWiSM.

Duke is also a podcaster who currently runs her own podcast named Truly Kenya Podcast. It airs on Truly Kenya YouTube Channel.

The husband and wife tied the knot on July 19th, 2003, in the presence of their friends and family. At the nuptials, Kenya wore a beautiful white gown, whereas, her groom donned a sky blue suit. She also carried a bouquet of white flowers whilst walking down the aisle.

Since then their relationship is getting stronger and stronger. Calling them one of the most romantic and loving interracial couples wouldn’t be an understatement. Her husband often talks about their ethnic differences in many of his standups. Goes on to show, both of them are quite accepting of their differences. Maybe this is the secret sauce behind their long-term relationship.

Kenya’s Wedding Has Had a Lot of Problems

Well, unlike their rock-solid marital life, the couple’s nuptials wasn’t that great to brag about. At first, both of them arrived pretty late, and consequently, the pastor left. Later, a fight broke out resulting in a punch from one side.

Wait, it’s not over. So the duo had ordered a five-tier wedding cake. However, only one tier could be salvaged as the baker, apparently a lady, mistakenly slipped and ruined the cake.

At the same time, there was some kind of strip club right in front of the church they were supposed to marry. At the club, a pimp was reportedly beating up a stripper.

We can say, the ceremony sure was an unforgettable experience for the two and their kids who were also present.

Kenya is a Mother of Three Kids

Her oldest son, Emilio was born on 18th, January 1991. He is 29 years old at the moment. She shares Emilio with her former husband. Her second husband, Gary later adopted him.

Kenya and Gary’s only daughter Kennedy was born on July 3rd, 2002. At the moment, she is 20. Her daughter currently studies at North Carolina Agriculture and Technical State University.

Since When Have Kenya and Her Hubby Gary Been Dating? Their Unusual First Meeting

They first came across in the late 1990s outside The Comedy Club, Sunset Boulevard. At the time, Gary was an up-and-coming comedian and he performed a gig at the club.

Many of you might know that they first met with the help of NBA legend, Shaquille O’Neil. Back then, Kenya used to work at Shaq’s clothing line-up, TWIsM. And he apparently, brought one of his staff, Kenya to the comedy club.

According to Kenya, he was quite funny the first time she saw him. However, they didn’t exchange numbers or even talked until their second meeting at the same location.

This time around, Kenya approached Gary but it wasn’t for asking him out. She just wanted to tell him that his performance sucked while compared to his first. Right then and there Gary asked for her number and before you know it, they had been talking on the phone for a year.

After conversing on the phone for a year, Gary asked her out and the rest is history.

Kenya filed for divorce in March of 2021 citing irreconcilable differences. The news came as a shocker because just a week before TMZ broke the divorce news, Gary shared a video on his Instagram account teasing a new show, The Gary Owen Show.

Who is Kenya Duke’s First Husband?

So far, Kenya has been able to keep information regarding her first husband behind closed doors. We do know that her first spouse’s name is Emilio Toliver Sr. As we mentioned earlier, she shares one son with her ex-husband.

At the moment, Emilio lives a life outside fame. Moreover, Kenya doesn’t like talking about her relationship with Emilio either. He has an Instagram account where he has not posted anything since 2019.

Judging by his Instagram account, he has one granddaughter. Apart from him, Kenya has had a few affairs in the past.

Besides, she also claims that she never dated a white dude except for her husband. On the same note, Gary was always into black women, since his early days. When Kenya started going out with Gary, her mom Barbara was skeptical about it. She even asked her if she is still open to date a black man and not settle down with a white guy.

Is Kenya Duke Dating Someone in 2022?

Following her separation from her second husband, Duke hasn’t revealed anything about her dating life and neither came out with her relationship status so far.

Besides, although Kenya and her former spouse parted ways, the podcaster has still her Facebook profile picture with Owen. She also has lots of other pictures with her ex on her social media handles. So, it looks like Kenya has yet to move on with her new partner to date.

Kenya has an estimated net worth of $1 million as of 2022. She mostly makes money as a house flipper and businesswoman. On the other hand, her spouse Gary’s fortune is $3 million.