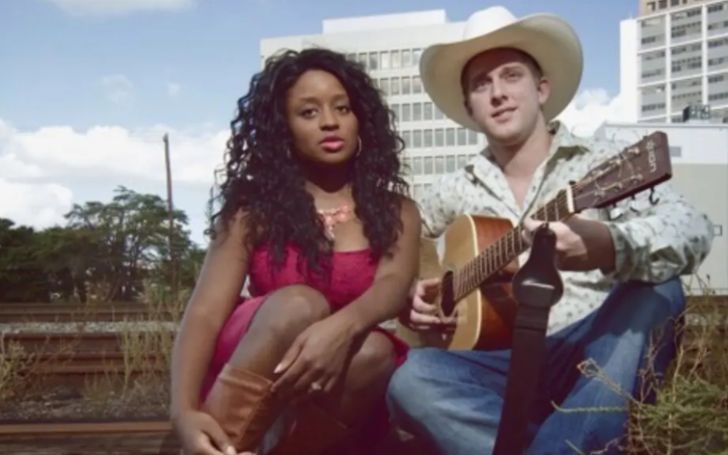 Chrisley Knows Best‘s star Kyle Chrisley is one of the controversial members of the family. Because of Kyle’s issues, his relationship with his wife Alexus Whilby Chrisley ended on a bad note as well. The duo is now estranged but there is no news if they have filed for divorce or not.

Besides, since their separation, both the party has moved on. Kyle is seeing someone else and it seems Alexus has become a mother. Let’s take a close look at the life of Kyle Chrisley’s wife, Alexus Chrisley, aka, Alexus Whilby. What is she up to these days? Is she in a new relationship? Find out answers to these questions along with her early life, parents, siblings, and career.

Since her separation from her husband, Alexus has lived a relatively peaceful life. Although she is active on both Instagram and Facebook, both of her social media handles have been kept private.

At the moment, she lives in Marietta, Georgia, out of the spotlight. We’ll discuss her professional life below.

Alexus Whilby Chrisley was raised in a Caribbean Household

Many of you might know about Alexus’s ethnicity, but what about her lineage. Alexus traces her roots back to the Caribbean island of Jamaica and thus she belongs to Jamaican-American ethnicity.

Speaking of which, Alexus is the daughter of late Isaac Samuel Whilby and Judy Malcolm. Her father Isaac was born and raised in St. Ann, Jamaica. Later on, he moved to the United States in 1971, where he married Alexus’s mother.

Alexus’s parents divorced after decades of relationship and he moved on with a woman named Janet Pottinger. Sadly, her father passed away at the age of 63 in August 2017.

She has two older siblings, Gregory Whilby, and Patrick Whilby. Their parents raised all of them in Florida.

While there is not much known about her oldest bro Gregory, her second brother is a Dentist based in Atlanta, Georgia.

He goes by the name, Dr. Patrik Whilby. He studied biology at the University of Delaware. Later, he graduated with a DDS degree from the Howard University School of Dental Surgery in 2015.

Both of her brothers are not active on any social media platform.

An insight into Alexus’ Education and professional career

Unlike her partner Kevin, who was born with a silver spoon, Alexus carved her own path. After finishing high school, she joined the Bachelor of Science program at Oglethorpe University. Subsequently, she graduated with a degree in Biopsychology in 2014.

Alexus was quite active in different clubs during her time in college. In fact, she was the President of the French Club and Culture of Oglethorpe University.

Talking about her career, since 2014, she has been working at the ALTA Language Services, Inc. Alexus handles the business development aspect of the firm. Apart from that, she is also well versed in multiple languages, i.e. French, English, and Spanish.

Alexus Whilby was married to Kyle Chrisley: How did they first meet?

Alexus became an overnight sensation after her relationship with Kyle Chrisley came to the surface. According to reports, the duo exchanged vows in 2014. As for how they first came across each other.

Well, as we know the dating scene in the 21st century has changed quite drastically. These days people don’t meet in public places but instead online. Likewise, Kyle and Alexus first met online. After chatting for a while, they decided to go out, and soon their relationship blossomed into love.

Some sources states Alexus and Kyle are high school sweethearts but it is further from the truth. A tweet made by Kyle’s father Todd clearly states Kyle went to a private military high school. So there’s practically no way they’d meet at the high school.

In an interview with RadarOnline, while speaking on the subject of turning a new leaf with his wife, Kyle opened up about moving into a new house in Georgia. He also talked about his plan to become a father soon.

According to him, he was sober for four years and wanted to become a father and start a family with Alexus. He stated, “We just moved in last week and we are already loving it. I never would have dreamed that I would own a 3,000-foot house and we are just so blessed.”

He further added, “I cannot wait to start a family with my wife once we are all settled in. She is my best friend and is going to make a great mother.”

Meanwhile, he also talked about his estranged relationship with his family. He said, “I do not talk to my family but I wish them nothing but the best. I have moved on with my life I am just going to be the best father and husband that I can be.”

Still, Alexus has become a mother as evident by her Instagram bio. She has specifically written in the bio, ‘mommy.’ This clearly indicates she is a mother

Have Alexus and Kyle filed for divorce? He reportedly threatened to kill her

Alexus Whilby lodged a complaint against her husband Kyle after he reportedly threatened to kill her. In late 2019, Oklahoma Police arrested Kyle over drug charges. Soon after arresting him, they also found out he was a wanted man in the other state for allegedly giving death threats to his wife.

In January of 2019, Alexus called authorities after he sent her a few frightening text messages. According to her, he wrote, “[N]ot before I end you. Im going to the streets I will get my s**t and take care of this problem with you because if I’m not with you nobody will be. Bye Alexus.”

As their conversation continued, Lexi asked him if he was giving death threats to her, for which he answer, “yes :Lexi it was. Goodbye.”

Since the incident unfolded, Alexus and Kyle went their separate ways. Even so, there is no news regarding any divorce between the two.

Besides, after separating from Alexus, Kyle is living a happy life with his new girlfriend, Ashleigh Nelson. His new girlfriend is already a mother of two kids, a boy, and a girl. Speaking of kids, Kyle also shares a daughter, Chloe from his previous relationship with his girlfriend, Angela Johnson.

In 2014, Todd took to his Twitter account and called out Alexus for slandering the name of his family. According to him, she tried extorting some money out off of Chrisley’s. She reportedly threatened them by saying she’d tell the press that they are racist unless they give her $20,000.

After the tweet, many of his fans started name-calling Alexus. Some even called her a gold digger. The news soon fizzled out.