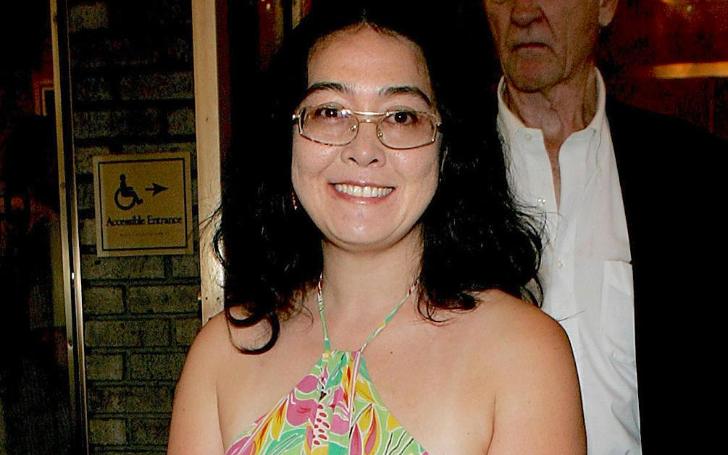 Kyoko Chan Cox is widely known as the daughter of Yoko Ono, a well-established Japanese multimedia artist, singer, songwriter, and peace activist. Her mother is also famously known as the wife of the late English musician John Lennon, a co-lead vocalist of the English rock band, The Beatles.

Meanwhile, Kyoko’s father Anthony Cox is an American Jazz musician, film producer, and art promoter. Her parents Yoko and Anthony were married for about 6 years before divorcing. With her parent’s separation, how her life became? What she went through?

Today, in this article, we are going to talk about Yoko Ono’s daughter Kyoko Chan Cox along with her age, education, personal life, net worth, and many more. In addition, we will also discuss about her kidnapping, so stick with us.

Kyoko was born in the year 1963, in Tokyo, Japan. As of 2022, she is 59 years of age. Regarding her exact date of birth, almost all the media outlets considered August 8 as her birthdate but as per her social media account, her birthday falls on March 17.

Soon after her birth, Cox’s parents moved to New York, USA so, she grew up there mostly under the care of her father Anthony.

While growing up, she really didn’t have an easy childhood as her parents were having issues in their relationship. When Kyoko was 5 years old, her mom and dad got separated legally and her custody was given to her dad. So, she spent all her early life without her mother.

As for education, she attended the Walter Reed Junior High School in North Hollywood, California. Further, she studied in other foreign schools (the school’s name is not known), and was taught by private tutors.

Besides, Cox is of Japanese and English descent and as per her birth, she is Japanese by nationality. However, with the fact that, from a very young age, she was raised in America, she probably has American citizenship.

Kyoko’s family background was affluent and powerful from two generations back, especially from her mother’s side. Cox’s great-maternal grandfather Eijiro Ono was president of the Japan Industrial Bank and Kyoritsu Mining Company.

Kyoko Chan Cox Has One Half-Sibling

She is the only child of her parents. But from her mother’s marriage with the Beatles co-lead vocalist John Lennon, Kyoko has a half-sibling named Sean Lennon, also known as Tara Ono. He was born on October 9, 1975, and is 47 years of age as of 2022.

Her half-brother Sean is also an American musician, songwriter, producer, and multi-instrumentalist. Till today, he has been a producer for several music albums for artists, music band Black Lips and the Plastic Ono Band. He is also a solo artist and released his sole albums titled Into the Sun, Friendly Fire, and Half Horse, Half Musician.

Kyoko Chan Cox was abducted by her dad: What Happened?

Despite having such a great family background, Kyoko’s life was on a run. During the vicious custody battle between Yoko and Anthony, Cox’s dad Anthony abducted the then 8 years old Kyoko and disappeared due to the fear that he will lose his child.

Her dad took such drastic measures because he felt that his wife’s new husband Lennon will use his power and money to take his daughter away from him. Due to this reason, after taking her away he went underground with Kyoko on 1971 Christmas Eve.

After that, she was obliged to live many obscure years with her daddy. Her identity became blurred as her father changed her name to Ruth Holman. She was raised as a member of a religious cult, estranged from family life, and without any contact with her biological mother.

According to Anthony’s friend, David Clark,

“Kyoko’s childhood was clouded by the battle between three control freaks – Yoko, John and her natural father. Her father told her he was rescuing her because her mother was involved in drugs and the occult. Her mother stood for corruption.”

From this, we can really assume that she may have gone through so many ups and downs in her life.

Kyoko’s Mother Yoko Had Written A Letter To Her

Her mom Yoko and her new husband Lennon did their best to find out where Kyoko is. But every time, they reached close to see Kyoko, her father Anthony cleverly evaded them. Even while living with the religious group, he was afraid that the cult would take away his daughter from him.

After several attempts, Yoko couldn’t reach out to her daughter Kyoko and during this time, she wrote one letter to her. The letter said,

All these years there has not been one day I have not missed you. You are always in my heart. However, I will not make any attempt to find you now as I wish to respect your privacy. I wish you all the best in the world. If you ever wish to get in touch with me, know that I love you deeply and would be very happy to hear from you. But you should not feel guilty if you choose not to reach me. You have my respect, love and support forever.

How Did A Mother-Daughter Duo Re-United?

When Yoko lost her husband John Lennon in 1980, she received a telegram of sympathy from her ex-husband and daughter Kyoko. But their location was not specified. Eventually, in the year 1997, Kyoko finally contacted her mom and agreed to reunite with her at the age of 34.

While asking about this reconciliation, she stated,

“I didn’t feel it right for me to become a mother without at least letting my mother know that I’m alive and well.”

Initially, the two first came in contact by phone from her home in Denver, Colorado, and in 1998 she reconciled with her mommy and her half-brother Sean.

Career: What Does Yoko Ono’s Daughter Kyoko Chan Cox Do?

Talking about her career, she seems to be associated with movies. As her father is a well-known filmmaker, from the age of 24 she started working as an associate producer in her dad’s projects. Further, she has also been featured in several documentaries like Vain Glory, The Beatles Anthology, Bed Peace, 3 Days in the Life, and others.

She’s a marvelously bright woman, a real Christian who loves the Lord but is not a real straitlaced fundamentalist.

In addition, she is also a retired teacher but what she does at present is not known. There is no update regarding her professional career. Cox is living a low-key life and maintaining her privacy.

Regarding her marriage, not much information is revealed in the media. However, we came to know that Kyoko was married to her husband Jim Helfrich for more than two decades. Her spouse, Jim is a lawyer by profession and he is also a devout Christian. Reports suggest, her reunition with her mother Ono was persuaded by her husband Jim.

At present, the husband-wife duo has already separated. As per her Facebook, Kyoko legally parted ways from her spouse on January 18, 2018. As of now, she is residing in Denver, Colorado along with her children.

Kyoko Chan Cox Is A Mother Of Two

From her marriage, Kyoko has given birth to two children, Emi Ono Helfrich, and John David Yeisuke Helfrich. Talking about her children in detail, her first child Emi was born on September 4, 1997, in Denver, Colorado. Currently, she is 25 years of age.

Similarly, her son John who is known by the nickname Jack was born on January 9, 2000, in Colorado. He is now 22 years of age and as per the source, he is hugely interested in music. He even is a member of a band named, Good For Health.

Kyoko Is In Social Networking Sites

The Colorado resident has a Facebook account with the name Molly Helfrich. She joined the social media network in May 2008. The last time she uploaded a post on her Facebook wall was on January 1, 2021. Further, Kyoko is also on Twitter under the username @kyoko_q9 with 91 followers.

On Instagram, though her official account is not available, we can see her childhood memories and recent photos on the Insta page with the hashtag #kyokocox which has 57 posts in total.

What Is Kyoko Chan Cox’s Net Worth?

As per several media outlets, Kyoko has a net worth of around $1 million. As she is a retired teacher, she probably has earned a decent amount through her profession. On the other side, her mother Yoko Ono is extremely rich with an estimated net worth of $700 million.