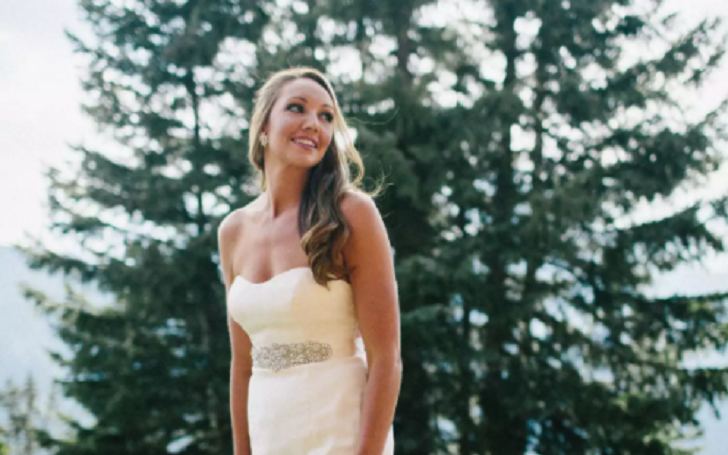 Bre Ladd is the celebrity spouse of Luke Walton, a former basketball player. He currently serves as the head coach of the Sacramento Kings. As for their marriage, the power couple is happily married for several years now.

Besides, the 6 ft 1 in tall Bre has also a prolific career in sports. She is a former accomplished volleyball player who played for the University of Arizona.

Here are some interesting facts you couldn’t know about Luke Walton’s wife Bre!

Ladd is a former volleyball player. She attended Canyon Del Oro High School in Tucson and completed her graduation in 2002.

Ladd widely played volleyball for the school’s team. She also won several prestigious accolades at the time, including the 2001 Gatorade National High School Volleyball Player of the Year and the Arizona Republic Arizona State Player of the Year.

Furthermore, Ladd appeared on the 2001 USA Junior National Team in the Dominican Republic.

Bre played college volleyball for the University of Arizona as a middle hitter. She made history as a freshman athlete, scoring 124 blocks in a season. Apparently, Ladd also became the Wildcat Athlete of the Week. She later made it to the Pac-10 All-Freshman team and was named the All-Pac-10 honorable mention selection during the 2004 season.

In addition to her wonderful volleyball career, Ladd was a talented student. She completed her bachelor’s degree in community and public health from the college.

Moreover, Bre is fluent in sign language. She has also worked at a special school for the deaf and mute.

Bre Filene Ladd was born on 19th April 1984, in Tucson, Arizona. Her age is 38 as of 2022. She is the daughter of Bob Ladd and Tammie Ladd. She grew up along with her brother Josh Ladd in Tucson.

Ladd holds an American nationality and belongs to the Caucasian ethnicity.

Luke Walton and his Wife Bre Ladd Are Married Since 2013: Their beautiful Ceremony on Aspen Mountain

Luke and Bre exchanged their vows on 17th August 2013. The couple organized their wedding ceremony at The Little Nell, in Aspen, Colorado. They walked down the aisle in front of 225 guests. They spent a few more days in Aspen before they flew to Santorini, Crete, and Lake Como to commemorate their honeymoon.

Bree wore a white gown and flat Giuseppe Zanotti sandals instead of heels while her husband opted for a custom suit designed by Tom James. The two also hired a musician Kelley James for their big day. He performed a mix of acoustic soft rock and rap during a cocktail hour. Ladd said,

“Kelley is hysterical and so talented. He was having guests throw out topics for him to freestyle about, including a whole song about basketball and our bulldog, Gus.”

Their wedding photos were exclusively taken by Laura and Gennia of Docuvitae.

When did they first meet? Their engagement after seven years of a love affair

Bre met her future spouse Luke while they both were athletes at the University of Arizona in 2002. She played volleyball while Walton played basketball at the college. The couple didn’t begin dating until three years later.

“He put a jewelry box inside of a really big box, and I assumed he’d gotten me the earrings I’d asked for. I opened the box and saw my ring, and was so genuinely shocked, even after all that time.”

Yes, the duo is blessed with two children. Luke Walton’s wife Bre gave birth to their first child, a son Lawson in 2014. Their second son was born in 2016.

However, the couple has kept most of their children’s details totally out of the public eye. The family of four currently resides in Manhattan Beach, California.

Her net worth is $200,000 as of 2022. On the other hand, her hubby Luke’s estimated fortune stands at $16 million as of 2022. He is a former basketball player who spent the majority of his career playing with the Los Angeles Lakers and also won two NBA championships with the team.

He is currently a head coach of the Sacramento Kings.

The reporter Kelli Tennant accused Luke of sexual assault and filed a civil lawsuit on 22nd April 2019. She claimed the basketball player inappropriately touched several parts of her body in a hotel room in Santa Monica.

However, in August of the year, the report made by the investigators saw there was, “not a sufficient basis to support” the accusations. On 5th Dec, the lawsuit was dropped at Tennant’s request and subsequently dismissed.