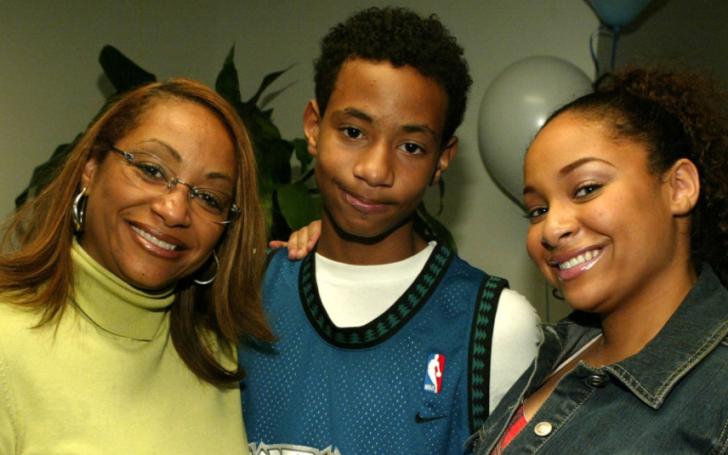 Lydia Gaulden Pearman is famous around the world as the mother of actress Raven-Symone Pearman. Her daughter has been entertaining us all since she was a child. From the Bill Cosby Show to Just So Raven, the child actress has been gracing the silver screen for decades.

Though Raven gained superstardom from a young age, she wouldn’t be here if it wasn’t for her parents. Her mom and dad sacrificed a lot just so their daughter can achieve what she intended to in her life.

Today we’re going to vividly talk about one half of Raven’s parents, i.e., her mother, Lydia Gaulden. Find out if Lydia is still together with Raven’s dad and if she is the mother of any other child besides Symone.

Raised in Winnfield, Louisiana, Lydia Gaulden Pearman is a Graduate in Computer Science

She was born Lydia L Gaulden in 1958, in Winnfield, Louisiana. She is of African-American ethnicity. Lydia spent the major portion of her life in the Winnfield of Louisiana. She is the daughter of the late Louise Moss. Her mother, Louise, died a few years ago.

As for her education, she studied at Winnfield High School. Upon graduating high school, she enrolled at Southern University, where she received a Computer Science degree. After receiving the degree, she started working in the IT field.

A few years after her graduation, she relocated to Atlanta, Georgia. She wanted to work for the National Cash Register (NCR).

Lydia worked as an IT Technician

In the early ’80s, Lydia moved to Atlanta, Georgia, to further her career in the IT field. After doing a string of odd jobs, she started working with the National Cash Register, a renowned Software company.

She worked as a system analyst for a while before moving to New York City along with her husband and daughter. Since her daughter Raven hit it big, it seems Lydia didn’t necessarily have to work. Even if she is working at the moment, there is no information as to what type of work she is doing.

It was around the same time Gaulden moved to Georgia when she met her future husband, Christopher. Upon meeting, the duo instantly hit it off, and they started dating. Sometime later, the couple decided to tie the knot. They married sometime in the ’80s.

At the start of their relationship, both Lydia and Chris were working in Atlanta. While she worked as a System Analyst, he worked as a PR for the nightclub industry. We can say they were able to make ends meet but barely.

Lydia and Chris are proud parents of two children

From their relationship, the pair became a parent of two wonderful kids, Raven and Blaize. Raven-Symone was born on December 10th, 1985, in Atlanta, Georgia. Talking about her name, her father chose the first initial, while her mom chose Symone. In the end, they decided to keep both of them.

When Raven was growing up, her mom and dad always had this gut feeling that she would be a big star. At the mere age of 2, she moved to New York with her folks and signed with the Ford Models.

Safe to say, it was her mom and dad who helped her pave a path for herself in the entertainment world. Both Lydia and Christopher worked real hard to keep food on the table and let Raven explore the acting world.

When Raven scored a role in the popular, The Bill Cosby show, her parents were overly excited, especially her mom. In an interview, Lydia added, “Raven is a ham by nature. She’s loving every minute of being involved with the show.’

What’s more, when Symone was shooting for the show, her mom and dad even read the script to her approximately five times so that she could remember each and every line. Lydia maintained,

“This is not a pressure situation. She has a knack for remembering things. It amazes her father and me.” In addition, Lydia also told in the same interview that her daughter ‘doesn’t have a single shy bone in her body.’

Lydia is one proud momma, to be honest.

Besides, Lydia is also a proud mother of a son named Blaize Pearman. He is the younger sibling of Raven. Unlike his older sis, he is not involved in the entertainment world and lives a rather secluded life.

Are Lydia Gaulden and Christopher still together?

Ever since actress Raven left stardom, many people have been asking questions if her parents are still together. The answer to this question is quite complicated. While researching, we came across Lydia’s husband Christopher’s Facebook profile. In the About section, he has specifically mentioned that he is single.

What’s more interesting is that Chris has not posted a single picture of his wife Lydia on Facebook, which further solidifies the rumors. Moreover, it’s been a long time since both of them appeared together, which further flames their divorce speculations.

Regardless, until and unless any one of the party comment on the matter, all we can do is speculate.

As the mother of one of the most successful actresses and singers, Lydia undoubtedly lives a luxurious life. Also as a former IT technician, she earned a decent sum of money. However, she has so far not revealed the exact sum of her net worth.