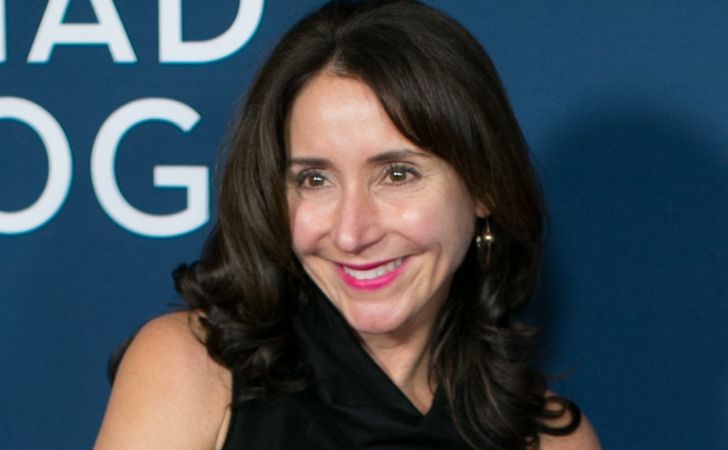 Marney Hochman is a successful American TV personality, and producer, famous for his works like Wild Ones, Vice, The Last Resort, & More. Besides, she is also famous as the ex-wife of a former vine star and now a YouTuber Jason Nash. Moreover, she has two children with her ex-husband.

After her divorce from her ex-spouse, the film producer has been seen in the media less frequently. So, where is she now? How is her life after divorce? Is she dating a boyfriend?

Here is a detailed account of Marney Hochman’s age, career, and relationships.

Hochman was born on June 15, 1973, in California. She spent her growing up years mainly with her father, Ronnie Hochman, in Los Angeles. As of 2022, Marney is 49 years of age.

She did her schooling at a local school and later graduated from the University of California. Besides, Hochman, who has now established a name in the movies and TV industry, was interested in photography and visuals from an early age.

She Is Very Close To His Father

Not much is known about Marney’s mother, but she is very close to her father, Ronnie Hochman. She loves spending time with her dad and has a number of posts with him on her social.

Be it going out for dinner, celebrating birthdays, or being together on Father’s day, Hochman never misses celebrating the Instances. Just recently on June 22, Marney posted her childhood photo with her young dad wishing him on Father’s Day. Check out the post here.

Happy Father’s Day to this stand out guy who is also not afraid to blend in…..❤️

Likewise, on October 19, 2020, she celebrated her father’s 87th birthday by going on a long drive and spending time together. She also posted a beautiful photo of him on her Instagram.

Besides, Marney has a sister named Jordana Hochman, a New Yorker.

49 years old Marney was married but the relationship turned out to be unsuccessful. She was in a marital relationship with Youtuber and former Viner Jason Nash.

If sources are to be believed, they tied the knot in 2007. Unfortunately, things did not go as smoothly and they got a divorce almost 10 years later in 2017.

Why Did Marney Divorce Divorce Her Spouse Jason?

So far, they have not revealed the exact reason behind their divorce. But it looks like their decision to move separate way was a mutual understanding and they are still on good terms.

They Take Care of Their Children Together After Divorce

It has been over 3 years since Marney and Jason officially divorced, but the ex-couple have joint custody of their kids. They are raising their children together and they still seem to have great understanding.

In fact, Jason often shows leaving his children to school. Moreover, Marney too features often on his vlog. In one of his vlogs named “HANDCUFFING MYSELF TO MY EX-WIFE,” the ex-couple really seemed to have a deep understanding and care for one another.

Both of Marney’s children are famous on social media. Her son Wyatt Nash is already recognized as an Instagram star. As of 2022, Wyatt has over 138k followers on his Instagram account wyattnash15.

Her Kids Are Very Close to Her

Needless to say, Marney Hochman’s children share a great relationship with her. In fact, they often make appearances together on their respective social media.

Be it celebrating a birthday or any occasion, the family always gathers together to enjoy the moment. Moreover, her son Wyatt doesn’t miss a chance to make her mother special.

Just recently, he shared a beautiful photo of Marney wishing her birthday. In the caption, he wrote,

Happy Birthday to the most amazing mom to ever exist. Throughout anything that comes your way you always persevere and be the amazing mother you are. You always want what’s best for us, which is why we have you as a mom. So thank you for everything and Happy Birthday! We love you to the moon and back. ❤️

Moreover, the kids share a really good bonding with their father as well.

Is Marney Hochman Dating After Divorce?

A lot of his fans are concerned if Marney is dating or if she got married again after her split from her ex-hubby Jason. Well, apparently she does not seem to be in a relationship at present.

Ever since her divorce, she seems to be single and does not seem to have any plans to tie the knot. However, we hope she reveals her love life once gets in a relationship.

Hochman’s professional accomplishments may seem overshadowed by her ex-husband’s fame, but she leads a successful career herself. She is an entrepreneur and a successful producer. She has been a part of several movies and TV shows as a producer.

Video: Marney Hochman at the premiere of Mad Dogs

Well, she now leads a decent career as a producer but she started her career at Fox Television Studios. There she was soon promoted to the position of senior vice president of scripted programming and was reportedly associated with shows like The Shield, The Riches, and Thief.

Marney Hochman is very active on social media, especially on Instagram and Twitter. She likes to put out both her personal and professional life on her socials.

As of 2021, Hochman has around 7.4k followers on her Instagram, where she goes by @marneyh. Likewise, on her Twitter, she has merely 117 followers.

As per estimation made by various authorized online sources, Hochman’s net worth stands at $700,000 as of 2022. On the other hand, her ex-husband Jason has a $1 million fortune.