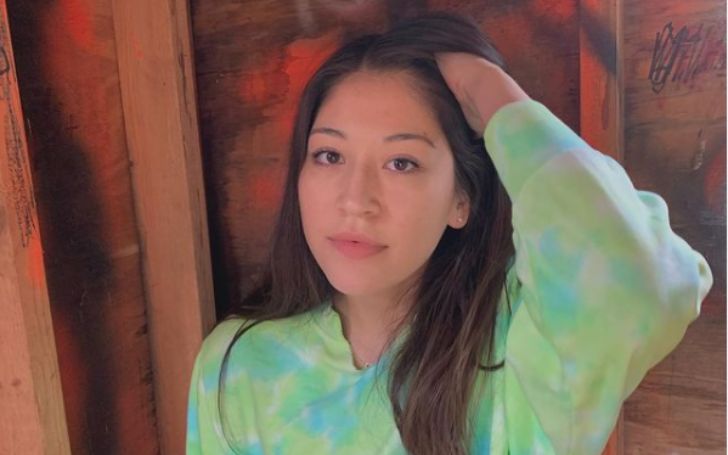 Alaqua Cox is a Native American actress who is known for her portrayal of Maya Lopez / Echo in Marvel Cinematic Universe Hawkeye. In the series, she plays one of the protagonists.

With the arrival of the series, many are curious to know more about her. So, who is she? Where did she come from? Has she appeared in any other TV series or movies before? Questions like this became common, however, there were no answers.

Nevertheless, we have all the answers here so scroll down below to know all about Alaqua Cox!

Who is Alaqua Cox? She was born deaf

Alaqua L Cox was born on February 14th, 1997, in Keshena, Wisconsin, the United States. She is the eldest child of Elena Heath and Bill Cox. Alaqua also has two siblings, a brother Jordy Cox, and a sister, Katie Cox.

Cox comes from a native American background. She belongs to the Menomine tribe. The tribe originated from the state of Wisconsin and the Upper Peninsula of Michigan. At the moment, it has 8700 members all across the states. To be fair, It was her native origin that helped her score the role of Maya, a native American, in the series, Hawkeye.

Besides, the actress was born deaf. She is a Wisconsin School for the Deaf graduate. During her time at the college, she took part in several athletic events, especially basketball. She was a core member of the girl’s basketball team from 2014 to 15. She also competed in the tournament organized by the NDAA, National Deaf Interscholastic Athletic Association.

The beautiful actress doesn’t have her right leg because of which she uses a prosthetic leg. It is not known when and how did she lost her leg. At first, not a single one of us had a clue about her handicap. It was only after she shared a post on her Instagram account where we found out about it.

Alaqua’s was cast as Echo, a Deaf Superhero

Alaqua was born deaf but that didn’t stop the Keshena native from living her life to the fullest. Her hard work and perseverance even helped her score the role of a lifetime. In December 2020, she was announced as one of the key members of the series, Hawkeye.

Making your debut in the movie industry and that too working as a lead in a Marvel movie is quite extraordinary, to be honest. Not everyone can achieve this feat.

What’s more, her character in the series is also deaf and a Native American. Marvel executives had planned on sticking to the character as close as possible and Alaqua really matches precisely what they were looking for. Similar to casting Iman Vellani, a daughter of Muslim immigrants, in the role of Ms. Marvel, Marvel’s first Muslim superhero, Alaqua is a great fit for the role.

Her casting brings about a wave of positive influence in the movie industry as a whole. There was a time when handicapped actors were limited to small roles. But now Alaqua’s casting will send a strong message across the board.

The Disney+ series was released in 2021 and shooting was done in Georgia, Atlanta. The movie also features Jeremy Renner as Clint Barton, Hailee Steinfeld as Kate Bishop, Vera Farmiga, and Florence Pugh.

Alaqua Cox is in a happy relationship with her boyfriend

For the past 3-years or so, Alaqua is in a relationship with her boyfriend, whose name is unknown at the moment. Judging by their photos together, their romance is in for a long haul. So far, Cox has only shared six photos on her Instagram account, two of them being with her lover.

In one of the photos, wherein her bf is checking her out, she wrote,

“It’s been 2.5 years and yet you still make me blush, laugh and you make me smile more over the stupidest things. I love you.”

Moreover, Alaqua and her partner have visited so many exotic destinations together. They even went to Hawaii and Europe together.

Alaqua is a dog lover

Above all, Miss Cox is a big lover of dogs. In fact, she is the dog mother to Minne, a Labrador, Pitbull, and Pug mix. Her pooch is four-year-old and Alaqua loves her to death. She has even dedicated an Instagram account for her pet.

The Cox family has always been fond of dogs and when Alaqua and her siblings were growing up, they used to have dogs in their household. Moreover, Alaqua once worked as a dog sitter as well. Goes on to show, how much she loves dogs. Besides, she used to charge $25 for a night.

What Is Matthew Brown Doing Now? Everything You Should Know