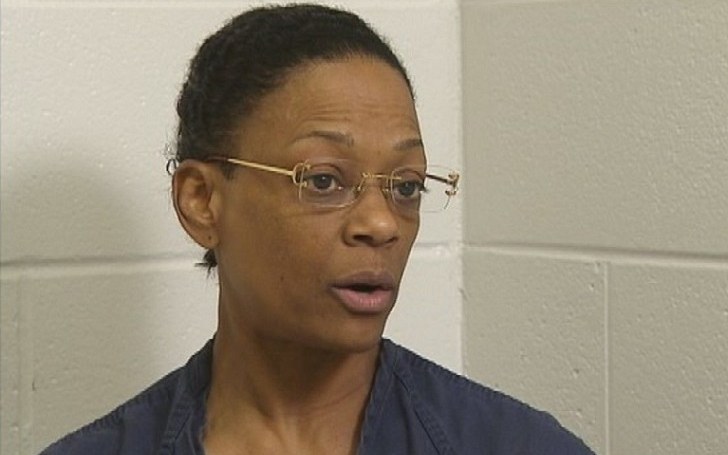 Mary Lee Harvey made a series of headlines for her tumultuous relationship with her ex-husband Steve Harvey before and after divorce. She once sued the comedian for a staggering $60 million.

Let’s find out how their years-long marriage ended in a bitter way and more about her career and family! Also, know where does Mary lives in 2021?

Mary Lee Had a Toxic Relationship with Her Father

Mary Lee Harvey was born in 1961, in the United States. However, there is little known about her family. Mary reportedly had a very toxic relationship with her father. She has addressed it in a youtube video.

Talking about her unpleasant days with her father, Mary stated,

“Coming from my childhood and from my father’s house which was not ever pleasant for me.”

Other records of her family details are yet to be revealed.

Was a Makeup Artist When Mary Met Her Husband Steve

Steve first came across his then future-wife Mary Lee Harvey at a mall located in Arlington, Texas. The young lady there worked as a makeup artist. She also told that she didn’t want to be in a relationship with anyone at the time. But, they eventually began dating.

Apparently, Steve was still married to his first wife Marcia Harvey, with whom the comedian also had twin daughters Karli and Brandi Harvey at the time. She gave birth to their third child, a son, Broderick Harvey Jr. in 1991.

Sources suggest, the two separated in 1990 and their divorce was finalized in 2005.

Tied the Knot with Steve in June 1996

The couple dated for several years before they took their relationship to the next level. Steve and his wife Mary got married on 21st June 1996. They welcomed their son,  Wynton Harvey on July 18th, 1997.

However, their matrimonial relationship ended in divorce in 2005.

Steve and Mary’s divorce never happened to be a peaceful one. Even after they parted ways, Mary never stopped accusing her comedian husband. In Jan 2011, the ex-celebrity spouse uploaded several infamous YouTube videos accusing her husband. She told in the clips that Steve was a cheater throughout their marriage and left her destitute after their split.

He turned my son against me, had me evicted me from our house, I was thrown out…he manipulated the courts, everything against me. I woke up everything was gone.

But court documents show that Mary was paid $40,000 per month until March 2009, after their divorce finalized in 2005. She also received a huge sum of $1.5 million thereafter.

The court later disproved the allegations and ordered her to revoke all the videos from the internet.

As for her claim she was “evicted” from their home, she was awarded three homes as a property settlement, according to documents.

While talking about their son, Steve has primary custody of their 23-year-old young boy. Her assistant Jocelin told that Mary willfully put her son on an airplane to his father.

Mary was very overwhelmed and she did not want that…so she asked me to get a ticket and put [Wynton] on the plane to his father. I had to put him on the plane.

Wynton has a very close relationship with her dad and stepmother Marjorie Harvey. He often shares their photos on his Instagram, where he has +61k followers as of 2021.

But, Steve’s lawyer told TMZ that the comedian vehemently denied the allegations.

Mary gained notoriety for her frequent public statements about Steve. In 2013, the woman also placed in jail for a month after she broke the court rules.

Mary told Fox News while she was in prison,

I didn’t violate any court orders. This is about ‘You’re not supposed to be talking to anybody about your divorce.’ That’s what they’re saying. I’m like, this is America

The woman still seems to have plenty of unresolved feelings about their tumultuous relationship.

Steve for the third time tied the knot with Marjorie Harvey on 25th June 2007. The couple is still together and looks too happy with each other.

They have adopted three children Morgan, Jason, and Lori. The two also founded a non-profit organization, The Steve and Marjorie Harvey Foundation.

On the other side, Mary remains very secretive about her love life after their messy divorce. She has since never come forward with any of her love affairs.

As per estimation made by various online sources, Mary Lee Harvey has $500,000 net worth in 2021. On the other hand, her ex-hubby Steve has an estimated net worth of $200 million. The accomplished comedian receives a tremendous salary of $40 million a year.