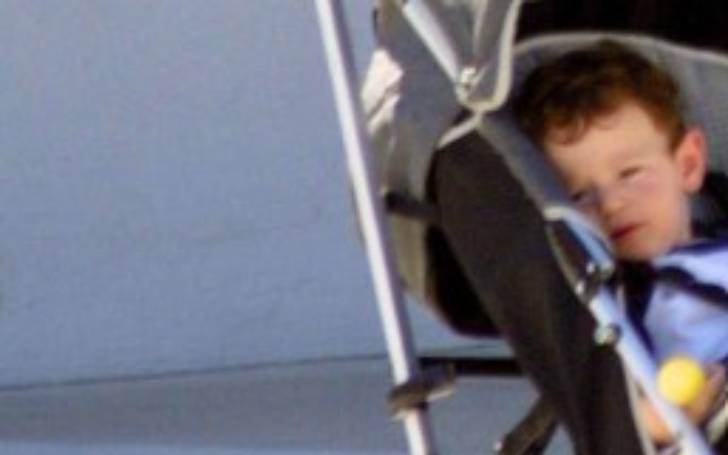 Max Favreau is an American star kid best known as the first child of Jon Favreau. His father is an American actor, director, and comedian who has been active in the entertainment field since 1988. Jon is mostly famous for his contribution to the Marvel Cinematic Universe as a filmmaker.

While Jon never has a problem entertaining his fans giving blockbuster hits and performing on screen, the renowned filmmaker prefers not to communicate about his family including his children or a life partner in the media. So, let us try to explore every detail about Jon Favreau’s oldest son, Max Favreau; his upbringing, what the star kid is doing now, his mother, and others.

Max Favreau Was Born In The United States: His Family Details

Max Favreau was born on July 25, 2001, in the United States of America under the zodiac sign Leo. He holds American citizenship and belongs to the white ethnicity. As of 2022, his age is 21.

Max is the firstborn child of Jon Favreau and his wife Joya Tillem. His father, Jon is an actor, director, and comedian, while his mom, Joya is a doctor by profession.

Not only his dad but his great-grandmother, Joan Favreau (actress) was also from the showbiz industry. Moving more into his family details, Favreau is the grandson of Charles Favreau and Susan Tillem.

Does He Have Siblings?

Max is the first kid and only son in the Favreau family. He is the eldest of three siblings. His parents welcomed his first sibling, Madeleine Favreau on April 21, 2003.

The celebrity son has one more sister named Brighton Favreau. The youngest of the three siblings was born on August 30, 2006, at Cedars-Sinai Medical Center in Los Angeles. She weighed 6 lbs., 13 oz., and measured 18.5 inches at the time of her birth.

The 21-year-old Max’s dad is a widely popular name in the Hollywood film industry who has spent over three decades working as an actor, comedian, and filmmaker. For the past fourteen years, Favreau has been significantly engaged with Marvel Cinematic Universe.

In the year 2008, Jon made his Marvel debut with the movie Iron Man. He directed the movie and also played the role of Harold “Happy” Hogan in the superhero film starring Robert Downey Jr., Gwyneth Paltrow, and Jeff Bridges.

Following the success of his first MCU film, he served as an actor, director, and executive producer for other masterpieces like Iron Man 2, The Avengers, Iron Man 3, and Avengers: Age of Ultron. Moreover, his other blockbusters include the Spider-Man franchise, Infinity War, Endgame, and Chef.

From 2019 to 2022, Favreau worked on the Star Wars Disney+ series, The Mandalorian as a creator, director, and one of its executive producers. He then contributed as a writer and executive producer in its spin-off series, The Book of Boba Fett. The owner of Fairview Entertainment also presented the TV cooking series, The Chef Show (2019-2020).

Where Is Max Favreau’s Now? His Career

Jon’s son Max currently resides in Hollywood, Los Angeles, US. As for his career, according to IMDB, Max also works as an actor. For the first time, the celebrity child worked in the film, G-Force providing his voice to the character of Mice.

Max then portrayed an uncredited role of Expo Kid/Peter Parker in the MCU superhero movie, Iron Man 2. However, the truth was revealed by the English actor Tom Holland in an interview during the promotion of the film, Spider-Man: Far from Home.

Moreover, as per his IMDb profile, Max lent his voice to the young wolf in The Jungle Book (2016). In the direction of his father, Favreau alongside his sisters shared the screen with Neel Sethi, Bill Murray, and Ben Kingsley.

His Parents’ Relationship: How Long They Have Been Together?

It’s been almost three decades since Max’s parents, Jon Favreau and Joya Tillem are together. Talking about their first encounter, they met in the year 1995. At that time, the star kid’s father just had started his journey in the entertainment field.

In one of his interviews, the actor revealed his classic car played the role of a cupid during his courtship. What happened was, after shooting his first hit film, Swingers, he purchased a second-hand Cadillac DeVille sedan, the same car his granddad used to drive. He later found out that his then-would-be wife and mother-in-law were impressed with his choice of car which really helped out in their initial relationship.

Favreau and Tillem then dated for some years before getting hitched. Finally, they exchanged vows on November 24, 2000. Ever since their marriage, the duo is leading a blissful life. Like any true life partner, they have always been there for each other no matter what.

The couple often makes public appearances together. They were spotted at several events like the premiere of Iron Man, at Hassler Hotel, in Rome, Italy.

How Rich Is Max Favreau?

No doubt, the star kid lives a luxurious lifestyle. He enjoys all the lavish facilities provided by his actor-director father and physician mother. Meanwhile, Max’s dad Jon Favreau has an estimated net worth of $100 million, according to Celebrity Net Worth.

Back in 2010, Jon Favreau received a salary of $12 million from the movie Iron Man (director and producer). Also, he earned $172,000 for serving as a White House employee and gained an income of $10 million from the film, Cowboys & Aliens.

Is Max Dating Anyone?

Although the star kid belongs to such a prominent family, Max is still quite confidential when it comes to his personal life. He is neither active on any social media handles nor any tabloids reported on his dating life.

So, as of 2022, we can’t confirm the relationship status Max holds.