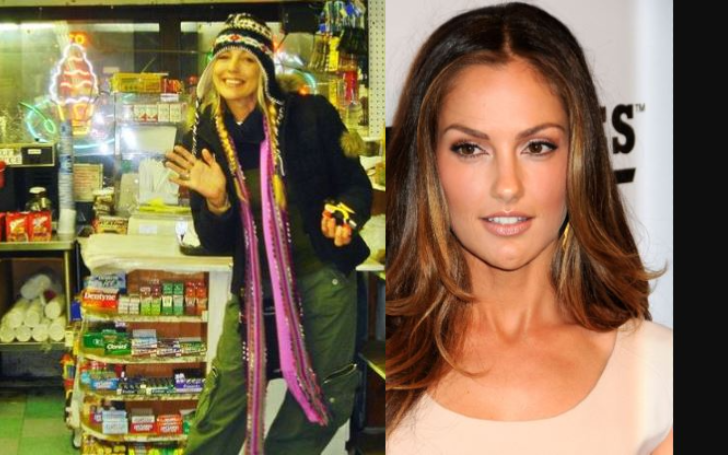 Maureen Dumont Kelly is a late Las Vegas showgirl and actress known for minor roles in films and TVs like  Thirtysomething (1987), Hell Squad (1985), and Roseanne (1988). Dumont who died in the late 2000s is also known as the mother of the Butler actress, Minka Kelly.

The former exotic dancer Maureen Kelly had her daughter, Minka with her ex-partner, Rick Dufay, a onetime Aerosmith guitarist. Unlike her daughter, Minka, and ex-partner, Dufay, Maureen had a bit of a toned-down profile despite being an actress and locals describing her as a striking woman. Learn details obliging to her in the decodings ahead; commencing from her hometown to her relationships, her daughter, and her death as well.

Maureen Dumont Kelly Is A Californian

The Parenthood alum, Minka Kelly’s mother, Maureen Kelly was a native of Whittier, California. She was born on December 20, 1956.

A while ago, the Charlie’s Angel actress Minka talked about her unusual childhood and not-so-normal relationship with her mother with US Cosmopolitan.

In Sep 2011, during an interaction with the media, she stated that her mom Maureen worked different odd jobs ranging from petrol stations to a restaurant, and even as a stripper.

As per the Just Go With It actress, her mother, Maureen would get along on that for as long as she could. What’s more, every Friday Maureen would take her only daughter to the US chain store Payless to buy shoes and she would also say Minka to skip school and take her to spend the money.

Maureen apparently also used to wake Minka late at night after returning home from working at the strip club. They would then go to the supermarket shopping.

“That was like our big Friday. She would want me to skip school [the next morning]… I was like ‘No, Mom, I’ve gotta go to school!'”

reported the Roommate actress with Cosmopolitan.

The Euphoria actress says she would never know whether to be appreciative of how her mother treated her versus her wish of how she wanted Maureen to just be her mother. With Cosmopolitan, Minka, nevertheless said Maureen and her relationship remained ‘pretty complicated.’

As far as the records and journals go, only the Aerosmith guitarist Rick Dufay has been described as Maureen’s partner. While reports vary as to whether they were married or not, some, nonetheless suggest they were indeed husband and wife. Regardless, when together, they would become parents to their only child, Minka Kelly.

It is unclear when Maureen and Dufay decided to separate, the former, however, chose to raise her daughter as a single parent. Though years later, Minka would reveal her father wanted to work on his and Maureen’s relationship and also offered to co-raise the Drunk History actress.

However, as per Dufay, the Thirtysomething actress refused and the musician alleged she was too busy having fun.

“It wasn’t like he didn’t want to be part of our lives.”

Minka added whilst explaining all the aforesaid statements.

The Roseanne actress Maureen as mentioned died in early Dec 2008 in Albuquerque, New Mexico. She lost her life to colon cancer. Her daughter, Minka in an interview revealed while Maureen’s cancer was detectable, her recklessness and lack of attention to her own body made her diagnosis worse.

“That’s detectable. Talk about being reckless and not paying attention to your body,”

the Path actress said to the Today show in Sep 2011. Minka and her mother, Maureen, nonetheless made peace with each other before the latter’s death.

The Almost Humans alum apparently was holding her by the time Maureen took her last breath. Minka says she was with her mom until her final moment. It, however, is open to debate where the funeral of Entourage actress’ mother took place since Kelly never technically published Maureen’s obituary.

Maureen Brother Once Claimed She Was A Drug Addict

Turns out Maureen Dumont Kelly had a problem with substance abuse. This came out in the open in late 2009 through the words of her brother.

Although for years, it was unknown who constituted Maureen’s family, her parents, and siblings, in Sep 2011 the NY Daily claimed the Hell Squad actress had at least one brother who at the time went by the name Michael Millhollin.

Millhollin, then, however, was living in the streets. He apparently had been homeless since 2008. Michael said Minka’s mother, Maureen worked as a stripper in retaliation to her disagreeing family.

Kelly’s uncle also claimed her mother, Maureen’s work as a stripper as a reason for familial rifts. He added his sister always had problems managing money. Maureen apparently would spend without thought or on drugs as she allegedly was a drug addict.

Millhollin also said how he and his whole family were furious because the Euphoria actress withheld the news about  Maureen’s death. Michael and Maureen’s family apparently knew about her passing six months later.

Minka Kelly supposedly had cut off ties with her mother’s family in light of her belief that they had abandoned Maureen and the Lansky actress. Michael, however, said he and his family never left Maureen and his actress daughter; they all had rather “just tough love.”

Despite all that, Millhollin pleaded for help from Kelly. He said while he was not expecting a lot from Minka, only a little sympathy.

Unlike her daughter, Minka, Maureen had only a few or two recognitions as an actress. Her first role on the screen was as one of the members of the squad in the 1985 movie, Hell Of Squad. She then in 1985 had a cameo in the ABC series, Lady Blue as Caral Accardi in the episode, Death Grip.

Some years later, Maureen had a minor credit as some random caller in the Next Victim episode of the FOX show, 21 Jump Street. Her first recurring role came in the series Thirtysomething in the year 1991 where she once appeared as an Ad Person and the next time as Advanced Beginners.

Maureen’s last ever TV or film role was as a nurse in the Deliverance episode of the ABC comedy series, Roseanne in the year 1992.

Was Maureen Dumont Kelly Rich; What Was Her Net Worth?

While on one hand Maureen’s daughter, having worked on a handful of shows and films long cemented her repute as a millionaire actress, on the other hand, just the same statement is reasonably exhaustive to put into words for Kelly’s late mother.

Also, unlike some reports, the surmise Maureen was celebrity-Esque rich seems within the bounds of possibility since the late showgirl had far less screen time than her daughter. Further, only a select few dailies cared to track Minka’s mother’s life full on much less her net worth and all.