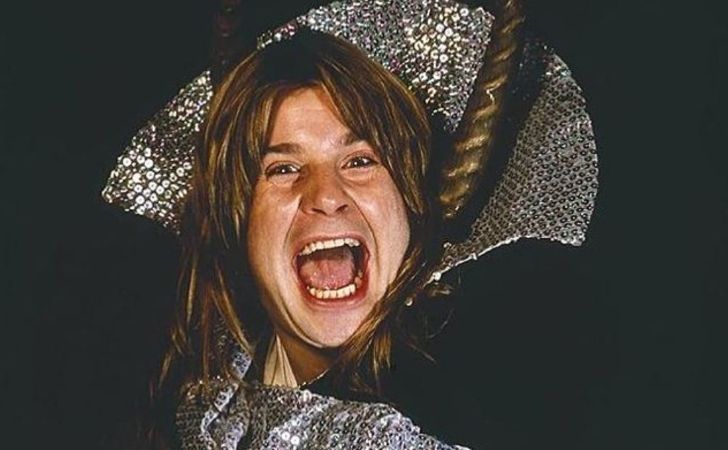 Elliot Kingsley is the step-son of English singer-songwriter Ozzy Osbourne. His step-father Ozzy gained huge prominance as the lead singer of the heavy metal band Black Sabbath in the 70s. He was born to his mother Thelma Riley, who later married the singer.

As the adopted son of Osbourn, Elliot has also gained decent recognization and fame. In fact, he is often sought by the media as well. However, the star kid does not seem to enjoy the attention and has stayed away from the limelight for a long time.

Well, in this article, we have brought to you some interesting details on his career, parents, relationships, and a lot more.

The handsome hunk Elliot Kingsley was born in 1966, to English teacher Thelma Riley. He was born from Riley’s relationship prior to her marriage with singer Ozzy. Unfortunately, she has not revealed the name of Elliot’s biological father.

Kingsley spent a large part of his childhood along with his mother until she married the famous English singer. Talking about his education, there is not much known, but he apparently holds decent academics.

While Elliot is recognized as the son of Ozzy, he was actually adopted by him after her mother Telma married him. The couple reportedly married in 1971. Ozzy and Thelma met for the first time at a nightclub after which they began dating. At the time, the singer had already gained decent success with Black Sabbath.

Eventually, very soon after their first encounter, the duo walked down the aisle. Talking about their first meeting and their decision to marry, Osbourne once stated,

Shortly after I became successful with Black Sabbath, I met Thelma in a nightclub. Then we got married and we had two children, Jessica and Louis. We bought a house for 20,000 pounds, I thought, ‘I have arrived.’

After the duo tied the knot, Ozzy adopted Elliot, who was already around 5 years old at the time.

Elliot also has two half-siblings, who were born from his mother’s marriage with Ozzy. Just a year after his parent’s marriage, they welcomed their first child Jessica Starshine Osbourne. She was born on January 20, 1972, in Grimsby, United Kingdom. She is an actress and has appeared in movies like Romeo & Juliet vs. the Living Dead, Yellowville, Sin Temer la Noche 2011, and a few others as well.

Likewise, his younger half-brother Louis Osbourne was born in 1975, Birmingham, United Kingdom. Both his siblings are already grown up and are doing great in life. They also share a great relationship as well.

Though Elliot’s parent has a decent start as a couple, their marriage soon started to fall apart. Ozzy has even described his marriage as a “terrible mistake.”

In one of his interviews post his wedding, he stated that he didn’t realize his marriage was “a giant mirage.” As expected, the couple divorced in 1982, almost 11 years after their wedding.

Later, he said, that his marriage ended because of the frequent touring with Black Sabbath, and his addiction to drugs and alcohol. After the split, Thelma raised all three kids as a single mother.

The same year after his divorce from Thelma, Ozzy married for the second time to British-American television personality Sharon Osbourne. He married Sharon, who was also his manager on 4 July 1982, in an intimate wedding ceremony.

The couple is in a marital relationship for around 4 decades and is going pretty strong in the marriage.

No doubt, it is one of the most asked questions about Elliot. And the interesting thing is that there is no information on this matter. As of 2021, he is in his 50s, and going by his age, he is more likely to be married. But unfortunately, he has not publicly addressed his marital status.

Also, there are no updates on whether he is dating a girlfriend. Well, we hope he talks about his relationship in the public soon.