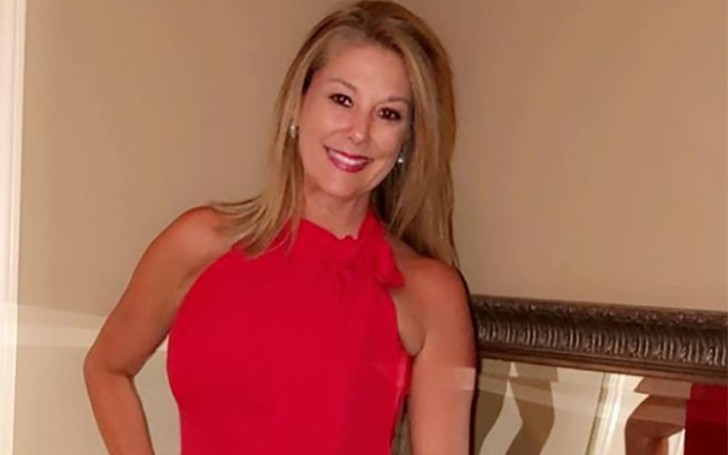 Randi Mahomes is famed around the world as the mother of Kansas City Chiefs star Patrick Mahomes. She shares Patrick and one another son named Jackson Mahomes with her former husband, Pat Mahomes Sr., a retired baseball pitcher.

Since divorcing Pat several years ago, Randi took care of her children as a single mother. Also find out, if Randi is remarried to anyone following her divorce or dating a boyfriend.

Let’s talk in detail about Randi and know all the intricate details about her life.

All about Patrick Mahomes’ mother Randi Martin Mahomes: An insight into her Early life and Parents

Randi was born Randi Marin Martin in January 1976, in Texas. She is the daughter of Debbie Bates Martin and her husband. She was raised in Troup, a city in Texas, and brought up as a Methodist.

During her childhood, Randi used to visit Church every weekly service. On every occasion, the Holdren family, one of her neighbors, took her to the church. “I’d go with their family almost like I was another add-on kid,” she told the Houston Chronicles.

Besides, she has two siblings, one brother, Joey Martin, and one sister, Lori Martin.

She was an athlete during high school

While studying at the local high school in Troup, similar to her son Patrick and ex-husband Pat, she also excelled in sports. She was a part of the school’s softball and basketball team.

In addition, she even led her high school band as a majorette. However, one day, Randi decided to quit sports, a decision which she regrets to this day. In an interview, Patrick Mahomes’ mother opened up about her decision and said,

“I quit high school basketball and band as a majorette in my senior year and I still regret that decision. I thought I was too cool to be involved with them.”

Talking about Randi’s career, she currently works as an events planner at Hollytree Country Club, a private country club in Tyler, Texas. She joined the company back in October 2004 and it’s been over 17-year since she joined the office and is still together with it.

In addition, she once also did volunteering work for Mahomies15 as per her Linkedin bio.

Randi married Pat Mahomes Sr. in the 90s: Their Divorce

In the 90s, Randi was married to the retired Baseball player, Pat Mahomes Sr. The former flames knew each other for a few years before tying the knot. Apparently, both of them were from nearby towns in Texas.

Upon welcoming their two children, the duo decided to call it quits. They divorced in 2006, sometime after their youngest son was born. However, the reason behind their separation is yet to reveal.

As of 2022, Pat is in a new relationship with a woman named Trisha Myers Mauer Malone. He is dating Trisha for several years. Going by his Facebook and Instagram accounts, Randi’s ex-husband also has a daughter but it is not sure whether the girl is his biological kid or else.

Randi is the mother of three kids including Patrick Mahomes

From her years-long marriage with Pat, Mahomes became a mother two times. The former flames welcomed their first kid, Patrick Mahomes II on September 17th, 1995. The handsome devil plays for Kansas City Chiefs as a quarterback. In 2020, he even led his team to the Superbowl Glory, after a draught of 50-years.

As for his love life, Patrick engaged to his girlfriend Brittany Matthews in Sep 2020. And the couple exchanged their vows on 12th March 2022, in Hawaii. Furthermore, the couple is also a parent of one kid, a daughter born on 20th Feb 2021.

Randi’s youngest son, Jackson Mahomes came into this world on May 15, 2000. Unlike his older sibling, he is an internet celebrity. He is famous on both Instagram and TikTok.

Besides, during his high school days, he was also into sports and was great in basketball, thanks to his tall stature. Nevertheless, he later realized his passion for business marketing and transferred to the University of Missouri-Kansas.

Other than two boys, we have found another member in Randi’s household. She is also raising a daughter named Mia Bliss, born July 12th, 2011. The 10-year-old is also into sports and plays Basketball and Tennis. There is no information regarding her daughter’s biological father. Some sources allege it’s her ex-hubby but that is certainly not the case here.

Is Randi Mahomes Remarried to Anyone?

Since Randi has posted numerous photos of her daughter, Mia, on her Instagram and Twitter, there are lots of speculations if Patrick Mahomes’ mother is in a secret relationship with someone.

Unfortunately, for the past several years, Randi has never come forward with her relationship status nor openly talked about her love life in the media. So, as of 2022, it is quite hard to make it official whether or not Patrick’s mom is married to her new husband or only is dating her boyfriend.

While back in high school, Patrick was a football prodigy. He used to beat even his seniors let alone his classmates or juniors. This exceptional youngster, later on, joined one of the biggest NFL teams, Kansas City Chief and now he is considered one of the best.

However, if it wasn’t for his mom Randi’s pep talk, then Patrick would’ve surely quit. Yes, you read that right!

One day, during his sophomore year, he came up to his mother and told her that he wants to quit football. Upon hearing him, Randi recalled the time when she also faced a similar situation and left the sports she was excelling in.

And being a doting mother, she didn’t want her baby to have regrets so she told him, “I just said you`re going to regret it if you quit. I told him he would be bored and to stick it out, and he did. Then in his junior year, it really blossomed for him. He fell in love with football because of the fans.”

In September 2020, during Kansas Chief’s match against the Baltimore Ravens announcer Louis Riddick called Patrick ‘Pat.’ She took to her Twitter account to issue an open complaint against Louis. What’s more, she even mentioned how the error made her scream at the top of her lungs.

Now, we have not found the reason why she hates the name so much, many tabloids claim it might be because it reminds Randi of her ex-husband.

What is Patrick Mahomes’ Randi doing at present?

What does any celebrity mother or sports star mom do? Usually, nothing. They just splurge a lot of dollars here and there. But Randi here is a little different.

We cannot say she doesn’t give in to her vice sometimes, but she often makes it up as well. On the occasion of her 44th birthday, she raised $7000 and gave it to Variety KC, a not-for-profit organization for specially-abled kids.

Kudos to Randi for doing such terrific humanitarian work.

Randi has an estimated net worth of $1 million in 2022. She currently resides in her house located in Tyler-Jacksonville Area.

Is Patrick Mahomes Married? Who is his Wife? His Love Life in detail