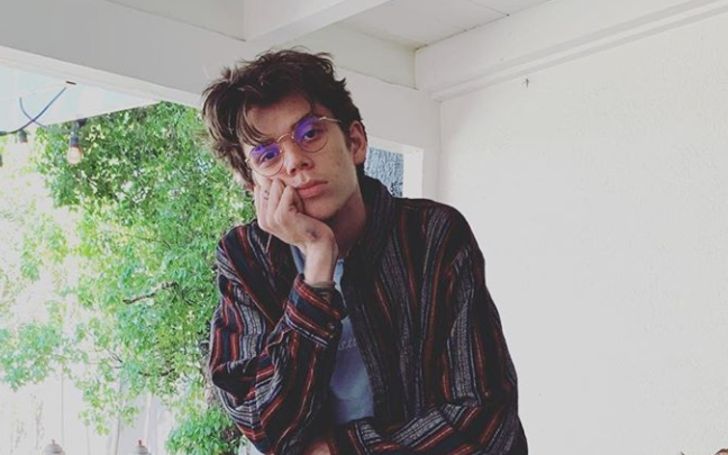 Band member of PRETTYMUCH, Austin Porter is an American singer, choreographer, and dancer. He became part of the band in 2016. Besides, at just 23 years of age, Austin is the father of a baby boy with his girlfriend Ansley.

Moreover, the singer is also on online buying and selling community Depop where he sells a variety of products. Well, let’s talk about his career, family, child, net worth, and a lot more.

22 years old Austin celebrates his birthday on August 14, 1997. He was born in Charlotte, NC, to father Bill Porter, and mother Tina Porter.

As the middle child to his parents, Austin grew up with his older brother Mason, and one younger brother, Ryan in the town of Mount Pleasant. He did his high school education from Mount Pleasant High School.

How Tall is Austin Porter?

What is Austin Porter Full Name?

Austin Porter’s full name is Austin Dale Porter; he does not use his middle name professionally.

Career: He is the part of the pop boy band PrettyMuch

As a singer, Austin has been the part of a Los Angeles, California based boy band PrettyMuch, stylized as PRETTYMUCH.

PREETYMUCH’s Austin is in a relationship with his girlfriend Ansley Mitchell in 2020. In fact, the couple has been together since 2018.

Unlike his other relationships, Porter seems pretty comfortable with his new girlfriend Ashley. To be precise, Austin’s Instagram clearly reflects his love for his girl.

Well, their confidence concerning their relationship is so much so that they have already welcomed a child together.

22 years old Austin is already a father to a child with Ansley. They welcomed their baby boy, Theodore Hudson William Porter, on MAY 29, 2020, at 7:04 pm.

Like any parents, they too seemed pretty excited about the news and took no time to announce the coming of their child.

While Austin expressed his excitement of becoming a father and stated how he is dying to see his kid grow in front of him. Check out his Instagram post.

So today i became a father to the most amazing baby boy Theodore Hudson William Porter I can’t wait to watch him grow and do great things! I know you guys will have questions, and I can’t wait to share with you what we’ve been through. But right now I ask that you give me and ansley time to settle in to being parents! Thank you for all your support much love -the porter family❤️

Similarly, mother Ashley too stated how she welcomed her kid naturally with no pain medication and mentioned that she labored for three days to have him in the world. She wrote:

Congratulations to the new mom and dad.

Austin Dated Fiffany Luu in the past

Prior to Ansley, Austin was in a relationship with Fiffany Luu. The couple dated for a while before their break up owing to Austin’s infidelity.

As per the report, the PreetyMuch singer had several affairs despite being in a relationship. Moreover, Tiffany has also clearly mentioned him getting involved with several girls at a house party he attended.

While Austin has not revealed the exact net worth he owns but considering the success he has achieved, his net worth is obvious to exceed the $1 million mark.

The singer not only earns from his singing career, but he is also a business person and has invested in a few fields.

Me Necesita singer Austin is also one among many who is on Depop, a fashion marketplace for buying and selling.

Well, he has an attractive profile where he has sold several items including t-shirts, shirts, caps, and a lot more.

His Instagram is filled with pictures of his band members and professional works. Well, recently, he has been making a lot of posts about his son and his girlfriend Ansley.