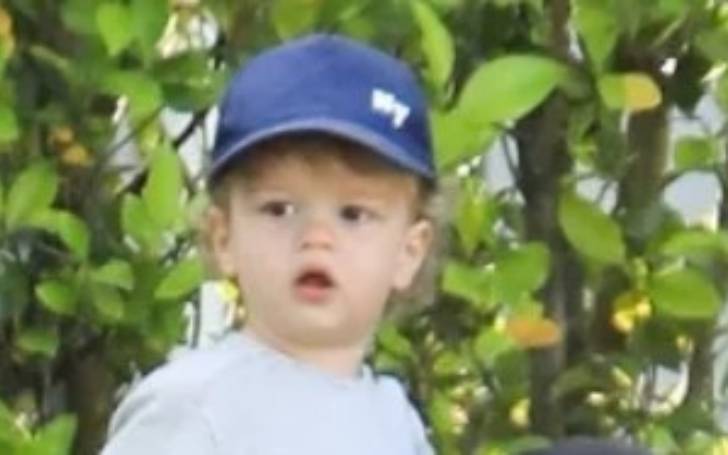 Jack Oscar Statham is the firstborn of English actress & model Rosie Huntington-Whiteley and her partner Jason Statham. Both of his parents are popular figures in the Hollywood industry.

The 5-year-old is fortunate to be born to such star parents. Regardless, he has a very private life away from fame and media hassle. As the son of a well-known celebrity couple, the world is interested to unveil the inside life of the star couple’s kid.

Well, in the article below, we will closely discuss the life of Rosie Huntington-Whiteley’s child Jack Oscar Statham. Kill your curiosity and find out how is it like living the life of a star kid. Let’s explore together!

Jack Oscar Statham Was Born In 2017

The adorable Jack Oscar was born on June 24, 2017, to mother Rosie Huntington-Whiteley and father Jason Statham. Apparently, Whiteley gave birth to her baby boy on a Saturday with her fiance in England.

Jack’s parents were quite secretive about his arrival. They had been relatively private about their pregnancy until they announced the news of the little one on the way through an oceanside snap of then-mom-to-be displaying her baby bump on an Instagram photo shared in February.

Finally, the star couple could not stop themselves from sharing their happiness after Jack Oscar’s arrival on their social media. 4 days after birth, his mother posted a sweet black-and-white photo where he was grabbing her fingers revealing he was born healthy weighing 8.8 lbs.

He Has A Baby Sister

Statham is now the elder brother of his cute baby sister. He alongside his parents happily welcomed his younger sibling named Isabella James Statham on February 2, 2022. As of now, she is nine months old.

As talked about earlier, the 5-year-old is the first child of an English model and actress Rosie Huntington-Whiteley.

She initially started off in modeling at the age of 15 undertaking work experience at the London West End-based model agency Profile and afterward took her GCSEs. The next year she first appeared in Levi’s jeans commercial and finally got a huge break while traveling to NYC for a shoot with Teen Vogue (January 2004).

How Did She Land Into Acting?

Rosie had previously worked with the director Michael Bay on Victoria’s Secret commercial. After loving her work, he made an announcement saying that she would become the new female lead in Transformers: Dark of Moon (May 2010).

The movie starring Josh Duhamel, John Turturro, and Tyrese Gibson was a big hit earning 1.124 billion under the budget of 4195 million. Also, her other acting credits are Mad Max: Fury Road (film) and About Face (TV mini-series).

Talking about Jack’s father’s professional achievements, Jason Statham is an English actor who has been actively contributing to the film industry since 1993. He is most famous for playing tough, gritty, or violent roles in different action-thriller movies.

Before landing into acting Jason practiced Chinese martial arts, kickboxing, and karate working at local market stalls. As he was an enthusiastic footballer player and diver, he was one of the members of  Britain’s national diving team who competed for England in the 1990 Commonwealth Games.

Meanwhile, the 55-year-old was offered to model for Levi’s, French Connection, and Tommy Hilfiger in various ad campaigns. Soon after the director Guy Ritchie learned about his past as a black market salesman, Statham was cast to play the role of “Bacon” in Lock, Stock and Two Smoking Barrels. For his performance, he earned a salary of £5,000 (UK).

Eventually, he was signed up for more films like Snatch, The Transporter, Mean Machine, and The Italian Job. His other notable acting projects include Spy, Furious 7, The Bank Job, Fast & Furious 6, and Fast & Furious Presents: Hobbs & Shaw.

Jack Oscar’s parents Rosie Huntington-Whiteley and Jason Statham met for the very first time in the year 2009 attending a party in London. They felt an instant connection and immediately began dating.

The couple kept their relationship secret from the media and the public for almost two years. Their huge age difference did not bother them but they instead had a better experience than any other relationship they had been in.

When asked about their bond and age difference in an interview with Self magazine, Rosie shared her feeling saying:

“We’re best mates. He makes me laugh every day. I almost feel like I never had a proper boyfriend before!”

Their relationship only grew stronger and stronger leading them to their happily ever after.

Jack Oscar Statham’s parents have been by each other’s side for over a decade. It is almost over 6 years since Statham got down on one knee and proposed to the love of his life.

Keeping all the details of their special day away from the media, they confirmed their engagement at the 2016 Golden Globes. However, the power couple is yet to exchange wedding vows.

Whenever the pair are asked when are they tying the knot they often reply by saying the time will come as they are currently busy with their work. Once in an interview, Rosie disclosed that marriage is not the top priority for her or Statham. She stated:

“For any couple that’s been together for a certain amount of time, there’s a massive amount of pressure to get married. “I totally believe in marriage, but being in a happy relationship is much more important to me … [Kids are] something that’s more realistic in the near future.”

Regardless, we wish them all the very best for their future.

As we said earlier, Jack Oscar’s parents come from a showbiz background. Therefore, it is quite obvious that he has a luxurious lifestyle.

Without a doubt, being the child of two famed figures in the industry comes with numerous advantages, especially economic ones. The wealth that her star parents own permits the 5-year-old to have a life every normal people dream of having ultimately.

Rosie currently owns a fortune of $30 million, as of 2022. On the other hand, Jack’s multi-talented dad, Jason Statham has an estimated net worth of $90 million, according to Celebrity Net Worth.