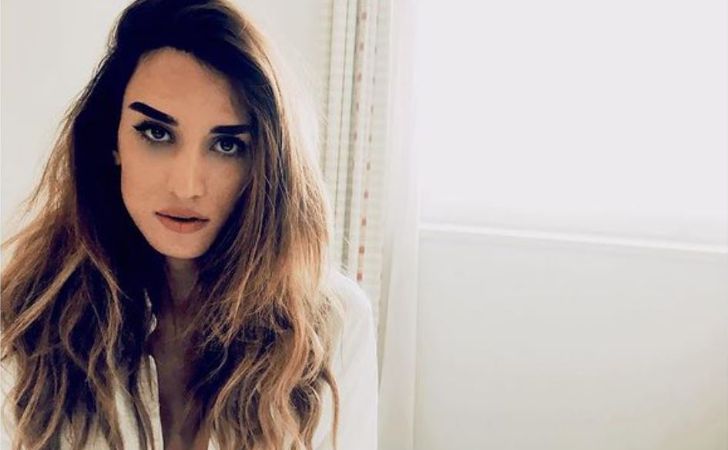 Rouba Saadeh is a fashion designer and the founder of a designer store Le Paradis Des Fous. She is most famous as the ex-wife of Italian actor, & singer Michele Morrone. Her ex-husband gained huge fame after appearing in the 2020 romantic drama film, 365 Days.

Unfortunately, Rouba is no more married to the actor, but she still has an identity as the celebrity spouse. Moreover, she also has two children from her marital relationship with Michele. But how is her life been since her divorce? Is she dating anyone at present?

Just in case you want to find answers to all your curiosity, we are here with all the answers. Further, we will also talk about her career, parents, net worth, and a lot more interesting details.

A fashion designer by profession, Rouba Saadeh was married in the past. She was married to Michele Morrone. The couple got married in 2014, in a civil marriage ceremony in Italy. They tied the knot in an intimate ceremony in Lebanon, among 20 guests.

Apparently, the couple had been dating for just around a year before they actually tied the knot. In fact, they had great chemistry in the initial days of marriage but things did not go as expected for very long.

Why Did Rouba Saadeh Divorce Her Husband?

Despite all the love and immense bonding, Rouba shared with Michele, their relationship did not last for very long. Their divorce was unexpected, but they separated after 4 years of marriage in 2018.

So what was the reason for their split?

Well, they have not pinpointed the exact reason, but the 365 Days actor slightly hinted what could be directly or indirectly the reason for their split. The actor hinted at the fact that after becoming a father at 23 one starts missing all the freedom. He said,

The choice of separating us had been contemplated for some time. Why is it over ? I realize that I have taken steps in my life. The moment you become a dad at 23 and change diapers and see your friends having a good time, at some point you realize that you are hungry for your freedom. I don’t want to seem selfish about this thing here because I will always remain their dad.

The former couple was together in a marital relationship for around 4 years. Despite their divorce, Rouba Saadeh has a good understanding and they raise their kids together.

Despite the divorce, Saadeh and Morrone are in mutual agreement concerning their children. The couple is raising their kids together so as to fulfill the need of both father and mother in their life.

In fact, Rouba and her ex-husband are often seen posting their photos with their children on their respective Instagram. Needless to say, they have a pretty good relationship with their kids.

No doubt, he has a great bonding with his kids.

Is Rouba Saadeh Dating After Her Divorce?

It has been over 2 years since Saadeh’s divorce. But how is her love life over the years? Is she dating a boyfriend? Well, unfortunately, she has maintained complete privacy on these matters.

However, we hope, she finds a perfect boyfriend for herself.

If you didn’t know, Rouba is a successful fashion designer. As a fashion designer, she has worked for several brands in the past. Well, since September 2013, she has founded her own company named Le Paradis Des Fous, in Beirut, Lebanon. Moreover, she is also the CEO of the company.

Apart from that, she is also a Senior Ready-to-Wear Coordinator for ELIE SAAB, where she has been working since June 2019. Previously from September 2013 to January 2014, she was the Assistant for the Head of the design team for ELIE SAAB, as per her Linkedin.

Besides, Rouba is not just a fashion designer but also a graphic designer. From April 2009 to December 2011, she even worked for Alfa-MIC1 as a Graphic Web Designer. Not only this, but she has also been working as Freelance Graphic Designer since June 2008.

How Much Is Rouba’s Net Worth?

As a fashion designer and the founder and CEO of a successful business, Rouba has a stable financial status. Further, her career as a graphic designer just adds to her income. But when it comes to her net worth, she has unfortunately not revealed the exact sum.

On the other hand, her ex-husband is pretty huge with an estimated $1 million in net worth, as of 2021. His net worth is expected to increase even more in the coming days.

Well, like any celebrity, Rouba is also a huge fan of social media. She is active on Instagram and Facebook. As of 2021, she has around 126k followers on Instagram. On her Instagram, she not only posts about her professional life but also gives insight into her personals life.

Similarly, she is also on Facebook. However, she has not made any posts since 2016.

The ex-wife of Michele Morrone, Rouba was born on 15th April 1987, in Beirut Lebanon. Unfortunately, she has not revealed much about her parents.

She did her high school from Notre Dame de Jamhour and later attended Lebanese American University from 2004 to 2008. There she earned her Bachelor of Science and Collège Graphic Design. Soon after that, she earned her Master’s degree in Business Administration in the year 2011.

Bray Wyatt’s Ex-Wife Samantha Rotunda: Everything About Her