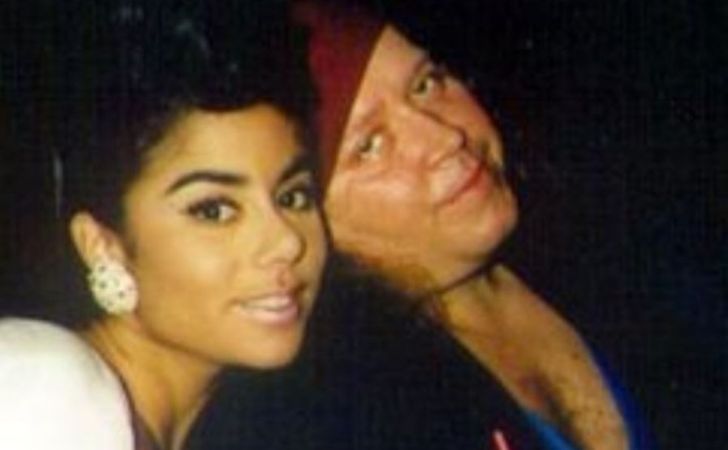 Malika Kinison, born Malika Souiri, is a makeup artist and actress mostly famous as the ex-wife of American stand-up comedian Sam Kinison. Besides, she is also known for her works in Searching for Bobby D, The Arrogant, The Dangerous, & others.

Following the death of her first husband, she married for the second time. Well, how is her life at present? Does she have any kids from her marital relationship? Here, we will talk everything about her career, net worth, & much more.

Malika Kinison Bio: She Is a Moroccan Native

Well, Malika Kinison, aka Malika Souiri, was born on September 1, 1959, in Rabat, Morocco. Though she was born to Moroccan parents, she holds American nationality. However, Kinison has not revealed much about her parents. That said, she reportedly shared a great relationship with both her father and mother.

Talking about her childhood, she reportedly had a decent upbringing and spent most of her early days with her dad and mom. Things eventually changed for her after she moved to the United States.

In case you don’t know, Malika was married to late comedian and actor Sam Kinison. They married just six days before Sam lost his life in a tragic car accident.

Malika and her late husband Sam tied the knot on April 4, 1992, in a beautiful wedding ceremony at the Candlelight Chapel in Las Vegas. Following their marriage, they even went for a five days honeymoon trip to Hawaii. Unfortunately, they were only married for six days.

But when and how did the former couple begin dating? If sources are to be believed, Malika had begun dating Sam when he was still married to his second wife Terry Marze.

After a five-day honeymoon trip, Sam was scheduled for a show at the Riverside Resort Hotel and Casino in Laughlin, Nevada, on April 10, 1992. However, on his way to the show, his Pontiac Trans Am was hit by a pickup truck around 15 miles (24 km) northwest of Needles, California.

As per the reports, the pickup truck that was being driven by a 17 years old Troy Pierson crossed the centerline of the roadway into Kinison’s lane. Sam who was not wearing a seat belt hit the windshield with his head and was pronounced dead at the scene.

An autopsy report of Sam stated multiple sustained injuries including a dislocation in the cervical spine, a torn aorta, & a torn blood vessels in his abdominal cavity.

Malika Kinison, who was also present in the car, was also injured in the accident but eventually recovered after treatment.

She Married For The Second Time

After a short-lived marriage with Sam, she married for the second time to Paul Borghese. They walked down the aisle on September 10, 1995, in a beautiful wedding ceremony.

As of 2021, it has been over 26 years and the couple has been together eversince. Moreover, their relationship is as strong as ever. Talking of Paul, he is an actor, director, & producer. He has been a part of numerous movies and TV series.

Some of his successful works include Gravesend, The Irishman, Proximity to Power, & The Uncle Gerry Show.

Malika Kinison Is a Make-up Artist And Actress

Sam Kinison’s ex-wife, Malika is a successful actress and makeup artist. The celebrity spouse has been part of several movies and TV series over the years. She made his acting debut back in 1988 in the movie The Arrogant, where she played the character named Maria.

Some of her other acting works include Four Deadly Reasons, Searching for Bobby D, and a few others. Besides, she has also appeared in a few documentary movies like U.S. Open Sores, The Tragic Side of Comedy, & The Great Canadian Centerfold Search among others.

Malika Souiri Was Raped By Her Late Husband’s Bodyguard

A beautiful actress Malika didn’t just have to deal with the death of her husband but had already gone through a traumatic experience in the past. She accused her late husband’s bodyguard Unway Carter raped her.

As per her, Sam was drunk and asleep on the night of the incident where the 22 years old groped her. She stated that the bodyguard raped her five times before she managed to escape. Talking about the incident, she said,

I went back to my room and sat on the bed, crying. Suddenly, this big guy came in the room. I looked at him and said to myself, ‘Who is this? I turned my back, and he put his hand on my back as if he were comforting me. Then he pressed me close to him. I was still crying. I thought he was trying to comfort me. But then he started pressing me close to him, fondling me. The more I struggled, the more excited he became.

Later on, she even filed a case against him but eventually dropped all the charges. On the other hand, the alleged rapist Carter denied the allegation stating, their sexual relationship was consensual and that he never raped her.

Well, since the death of her first husband Sam, Malika has maintained secrecy in her life. A few years after his death, she married for the second time and has been living a beautiful life.

However, she avoids media as much as possible and barely makes public appearances.

How Much Is Malika Kinison’s Net Worth?

As a former actress and makeup artist, Malika made a huge amount of money from her professional life. However, she never revealed the exact sum of her wealth.

On the other hand, her now-hubby Paul Borghese has an estimated net worth of around $9 million.