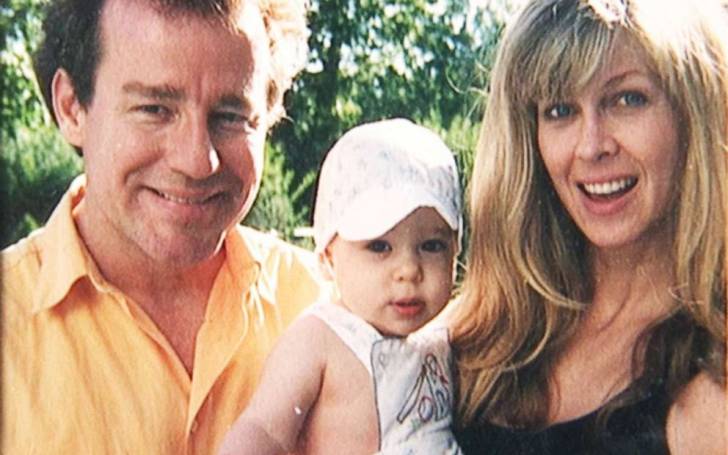 There are two types of star kids, one who likes to be in the public eye and others who don’t. Sean Edward Hartman, son of late Phil Hartman, here belongs to the latter. Not only is he out of the media spotlight since the very public demise of his dad, but he also continues to live his life with no spotlight. Maybe this is why several tabloids have reported wrong information about Sean.

After Phil’s death, Sean and his sister Birgen Anika Hartman became a subject of curiosity by many. Many of the late comedian’s fans are still eager to know about the two kids and how they are doing in their life. While his sister is happily married, has Sean found the one as well?

Well, today we take a close look at Phil’s eldest kid Sean’s life. Find out about his current whereabouts, relationship with his siblings, dating life, and more.

Sean was born in 1988, the only son of Phil and his third wife, Brynn Hartman. Though various websites suggest he was born in 1989, but that is far from the truth. In fact, in a documentary series by ABC titled, The Last Days of Phil Hartman, it is said he was born after Phil ended his second season at SNL in February 1988. As of 2020, he is in his 30s.

He is the eldest son of Phil Hartman. Sean has one younger sister, Birgen Anika Hartman, born in February 1992.

Upon the death of his parents, Sean and Birgen was cared for by his maternal aunt, Katharine Wright, and her husband Mike. As a result, he grew up with his baby sister in Edina, Minnesota after Katharine moved there from Eau Claire, Northern Wisconsin.

How did Sean’s father and mother die?

While talking about his parent’s death, it was one of the most devastating news of the 90s. His mom Brynn, who was a small-time model, first shot and killed his father, Phil.

Subsequently, a few mere hours after killing Phil, she shot herself. Both of Sean’s parents took their last breath on the same day, i.e. May 28th, 1998.

What happened to Sean Edward Hartman? Where is he now?

It is not necessary for a star kid to follow the step of their parents. Similarly, Sean took a different path. Since his childhood, he was quite into art and music.

As far as his education goes, Sean studied at Edina High School, just like his sister. As he was interested in arts from early on, he went on to graduate from Minneapolis College of Art and Design. He even interned at several artistic companies.

What’s more, Sean is a multi-faceted personality. Not only does his arts show up on exhibitions, but he is also a member of a music band named MOONSTONE CONTINUUM. He is the keyboard player of the group.

You can listen to one of the band’s songs here!

Well, just like his dad who was a comedian, writer, and actor, Sean is also a multi-talented personality.

Is Sean Edward Hartman in a relationship? A glance at his dating life

Well, as we said above, Sean is ridiculously off the radar. There are no social media accounts associated with his name, though he does have an account on Cargo Collective, a website for artists. He goes by the username, Burnet. As of now, there are no confirmed reports regarding his current relationship status.

On the other side of the spectrum, his sister Birgen is in a marital relationship. Since September 2018, she enjoys a happy conjugal life with her boyfriend turned husband, Brandon. They got engaged in January 2015. Her beautiful wedding ceremony took place in Italy.

Sean being a doting brother wasn’t going to miss his sister’s big day. He attended the wedding alongside 200 other guests. Although Birgen, who likes to keep her personal life private, didn’t share his picture from the ceremony, one of their parent’s friends, Judy Swartz added a picture of him on her Insta. In the picture, Sean looks handsome with an all-black attire.

For those of you who don’t know, Judy was a close friend of the Hartmans. In fact, Judy was the person who was holding Birgen and Sean while they were in protective custody after their parent’s death.

In an excerpt from Larry King’s interview with Phil’s brother, John Hartman, it was revealed that Judy is indeed close to the family, and to this day she often appears on Birgen’s Instagram.

After the death of his parents, Sean and his sister each got half of the Hartman estate. The mansion was valued at $1.23 million back in 1998. As their parents never wanted them to be like those spoiled kids, their will contained a special clause that made the payment distribute to Sean and Birgen in three installments.

One-third of the money was given to them when they turned 25, half of the rest at the age of 30, and the rest when they turn 35. So far, Sean has been able to take two of his payments, whereas, Birgen is yet to turn 30.

Apart from fortune, Sean makes a lot of money through his career in art and music. We can say his net worth is well over $1 million.