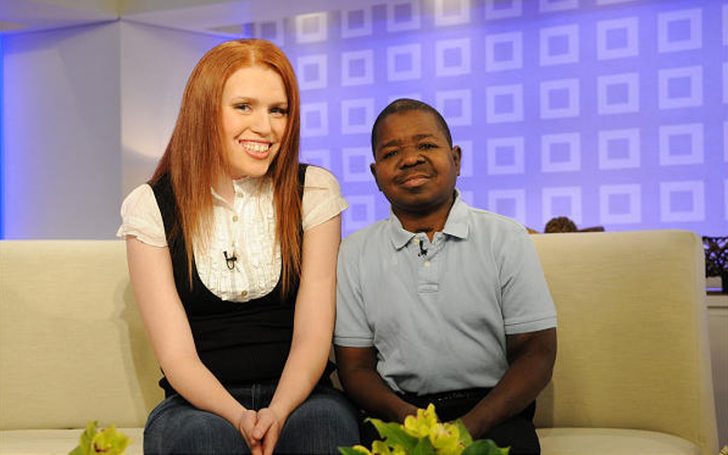 Shannon Price is an American actress famous for her role in Divorce Court (1999), Entertainment Tonight (1981), and The Gary I Knew (2020). More than her television career, she is more in the limelight being the ex-wife of an American actor and comedian Gary Coleman (aka Gary Wayne Coleman).

Talking about her ex-husband Gary, he was famous as Arnold Jackson in the 1978 sitcom Different Strokes. He also has acted in several series like Hello, Larry, The Facts of Life, The Fresh Prince of Bel-Air, and many more. Further, Coleman was the highest-paid television child actor during the late 1970s and 1980s and was listed as one of VH1’s Hundred Greatest Kid Stars.

Likewise, Shannon and Gary came across each other on a movie set, fell in love, and got married secretly. Soon, less than a year later, they got divorced. So, what was the reason for their short-lived relationship? Apart from her marriage and divorce from he ex-partner, what is Shannon is doing in 2022? Let’s get to know everything about Gary Coleman’s ex-wife, Shannon Price along with her age, early life, marriage details, Instagram, & many more.

Her father Dale Price is originally from Utah, the United States while her mother’s name is still out of access. She had her upbringing in her hometown along with her older sibling Shawn Price. As for her education, she studied at East High School in Salt Lake City, UT. Further, there is no information regarding her early life and education.

Similarly, talking about her ethnical background, she belongs to the White race and has an American nationality.

Details On Her Sibling

Shannon came into this world as the second child of her parents. She is the younger sister of an American football defensive end in the NFL Shawn Price. In his football career, he has played for the teams like Tampa Bay Buccaneers, Carolina Panthers, Buffalo Bills, and San Diego Chargers.

Shannon Price Is An Actress

Initially, she started her career as an actress and debuted with a Television show. As per our research, she made her first appearance on the 1981 TV series Entertainment Tonight. Further, she was popular for her presence on the television program Divorce Court alongside her husband. Her last work as an actress was seen in the 2002 comedy film Church Ball.

Later, in 2020, she was featured in the documentary film The Gary I Knew. As a widow of her ex-husband Gary Coleman, Shannon in this documentary film, reflected back on how her late spouse was.

Price Married Gary Coleman On Her 22nd Birthday: How Did They Meet?

On August 28, 2007, Shannon and Gary got married at Valley of Fire State Park on a Nevada mountaintop very intimately with a small gathering of ministers, videographers, a photographer, and a pilot. Actually, Gary, a groom in his late 30s surprised his lady love Shannon on her 22nd birthday by whisking her by helicopter to the marriage venue. Regarding this beautiful surprise, Gary’s wife stated,

“I didn’t know that I was going to be in a helicopter ride and seeing the Grand Canyon and getting married in the Valley of Fire. I had no clue,” I mean I knew that we were getting married, but I thought it would be just a little chapel.”

The couple had their first meeting on the set of Church Ball, a 2006 comedy movie. After that, the duo fell in love with each other.

In an exclusive talk with Inside Edition, her ex-spouse Gary Had said,

it was the first “romantic relationship” he had ever had.

“I never got the opportunity to be romantic or feel romantic with anyone, “I wasn’t saving myself, she just happened to be the one.”

Shannon Price And Gary’s Secret Marriage And Divorce: What Was The Reason?

Their marriage was so secret that even Shannon’s father got to know about their marriage two weeks later. Nobody of close relations was invited to the wedding. In this regard, Shannon’s close friend Susan Hernandez stated

“She didn’t tell me until I saw it on the news,” Hernandez said. “I was shocked she didn’t invite me.”

The married couple didn’t reveal their marital status because Shannon wanted to make her own identity as an actress. She said,

“I just want my own identity as well because I don’t want to be known as Gary Coleman’s wife.”

Eventually, on August 2008, the couple who started their relationship like a fairy tale ended in divorce less than a year of their wedding.

Their legal separation also remained secret until Coleman’s death on May 28, 2010, as the couple was living together in a common law marriage even after completing divorce paperwork.

As we mentioned above, Shannon Price’s ex-partner, Gary died on May 28, 2010. He took his last breath at Utah Valley Regional Medical Centre in Provo, Utah. Actually, Coleman had fallen from the stairs in his private residence in Santaquin where he was living with Shannon.

His was left with a head injury and blood all over the floor. Then, he was rushed to the hospital and underwent emergency surgery. His condition was so critical that he couldn’t survive and after two days the 42-year-old actor died.

Shannon Price was Suspected Of Murdering Her Ex-Husband Gary

After the death of Gary, she tried to get her late ex-husband’s estate stating that she had a loving, sexual relationship with Gary during a trial in court. But her statement just went opposite to the statement given by Gary in a TV interview that the two lacked physical intimacy, which resulted in the speculation of Shannon being the culprit.

Further, the former couple also had a heated argument in the TV show regarding their marital life. Also, there was news of them dragging each other to the police department blaming the charge of domestic violence which shows that they never had a loving relationship. As a result, people made the assumption that Gary may have been murdered by Price.

However, the claims were proved to be untrue later.

In 2022, Shannon is not active on any social sites, neither on Instagram nor on Facebook and Twitter & is rather enjoying her life privately. Thus, it is difficult to know what exactly Shanon is doing in 2022. But as per sources, she is working currently as a tri-state director of broker relations in WeWork.

Price Has A Decent Net Worth

According to various online sources, Shannon has an estimated net worth of around $1.5 million. She may have accumulated a major amount during her career in television. On the other hand, her famous ex-husband had a net worth of $75,000 dollars.