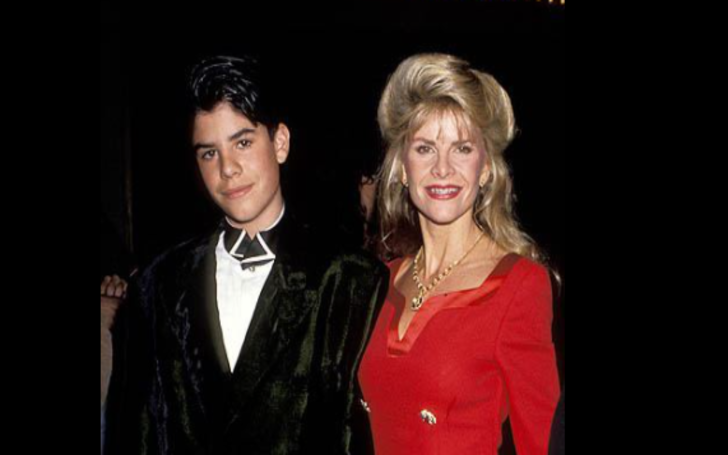 Sasha Czack (originally, Alexandra Jane Czack ) is an actress, photographer, model, and film director. She, though, is best known as the first wife of Hollywood superstar, screenwriter, and producer, Sylvester Stallone.

Czack worked with her former husband and helped quite a lot in pushing him to stardom. While, both the couple were enjoying the success of Hollywood, things were completely opposite in their personal lives.

From struggling to give each other time, to having difficulties with taking care of their children and the life after their split, read all in the content below. En route, also know the earliest to recent most facts about Sylvester Stallone’s first wife, Sasha Czack.

How old is Sasha Czack? Was Born in the United States

Sasha Czack is aged 71 as of 2021. She was born on 17 July 1950 in Chester, Pennsylvania. She attended St John’s Senior High School. After completing her high school, and later enrolling at the University of Notre Dame du Lac, United States, Sasha passed out with a bachelor’s degree in Media Studies.

Sasha Czack was a Still Photographer in Rocky

Czack’s career in media began when she got a role in TV series named “Love of Life”. This Roy Winsor directorial ran on the CBS network from 24th September 1951 to 1st February 1980.

Following that, Stallone’s ex-wife got a lead role in the drama ‘Play It As It Lays’ in 1972 (director, Frank Perry). She would give up the role because her then-partner Sylvester insisted she stay back in New York and help him in his project.

While in New York, Sasha worked as a waitress to support the Rocky actor who, at the time, was dealing with some financial difficulties.

Later, with a deep interest in photography, Sasha got into the profession by first serving as a still photographer for her then partner’s movie Rocky.

After taking a considerable amount of break from Hollywood, Stallone’s former partner return to the industry to work as a writer and director for the 1996 short movie Long Lost Love.

Sasha’s last work in the film sector was in the short film Vic (January 1, 2006). Her late son, Sage directed and produced the project while she, herself, portrayed the role of Lily in it.

Since then, the Czack hasn’t had any projects to her name. People have presumed she has bid farewell to the industry, big time.

Czack Met Her Husband Sylvester In A Theater

Sasha and her husband Sylvester Stallone married on December 28, 1974. The duo remained together until 1985. Before the marriage, the duo used to live together in a flat they had taken in New York.

After the wedding, the couple shifted to California. Stallone had just returned to the States in 1967 to study acting at the University of Miami. The following year, three credits shy of a degree, he moved to New York. He used to drench the lion cages at the Central Park Zoo.

The actor got a few bit parts in the movies and landed a starring role in a pornographic feature, A Party at Kitty and Studs. After that, he found a job as an usher at Walter Reade’s Baronet theater in Manhattan and there met his first future wife, Sasha Czack.

After the theater fired him for trying to scalp tickets to Walter Reade, Czack and Stallone headed for Hollywood.

Czack welcomed her first child with Stallone on May 5, 1976. The former couple named him Sage Stallone. Czack and Sly would lose their first son in a tragic incident (details down below).

When Sasha was pregnant with their first son, Sage, he only had $106, and Butkus, their bull mastiff, was hungry. Amidst the plight, the producers had just offered him $180,000 and told him to stay home after reading the script of his Rocky.

They welcomed their second child, Seargeoh Stallone on 5th February 1979.

Seargeoh was diagnosed with Autism at the age of 3 years. He is Sasha’s youngest son. Over the years, Searheoh’s condition has improved after undergoing therapies.

Sasha and Sylvester had two major breakdowns in their 11 years of marriage. In fact, they had two union ceremonies. They briefly separated in 1978 before patching things up again. The second time, however, they were done for good and all.

Sylvester’s hectic schedules and Sasha’s battle with Seorgeaoh’s autism started putting a strain on their relationship. Their marriage began taking a toll owing to their lack of communication. In an interview with People Czack’s ex-husband, their son’s autism was the turning point in Sasha’s life.

The Rambo star explained how after the diagnosis, Czack’s dreams and aspirations rechanneled into research. He added all of her priorities shifted toward finding a cure and that they hardly had time for each other.

Chicago Tribune reports Stallone’s penchant for extramarital dalliances was also to blame for the rift.

Sasha, eventually, filed for a divorce and she officially separated from the Expendables actor on February 14, 1985.

Their split was one of the high-profile divorces in Hollywood. Czack got around $12 million in the settlement.

Her Life After Divorcing Her Husband Stallone

After her marriage ended with Hollywood Walk Of Fame, Sasha focused her attention on looking after her kids Sage and Seargeoh. She moved to Malibu and rented a house.

Stallone and Czack, despite not being together, continued supporting each other in taking care of their kids. They went on to have a healthy relationship.

They would even work jointly for those who suffered from autism in association with the National Society for Autism and Adults.

Czack made a comeback in the industry in 1996 through the movie Long Lost Love.

It was at this time when she met actor Rick Ash. The pair developed a romance off-screen and married in 1997. The marriage, however, would turn out to be too brief with the couple separating shortly after.

Both of her ex-husbands, Stallone and Ash worked together in the 2003 film “Shade.”

After her second divorce, Czack supposedly has remained single to date.

On the other hand, talking about her husband Stallone’s love life, the actor has been married to Jennifer Flavin since 1996. The long-lasting couple is also blessed with three daughters, Sophia Rose,  Scarlet Rose Stallone, and Sistine Rose Stallone.

The Reason Behind Her Son’s Death

In July 2012, Sasha Czack lost her son, Sage who died at the age of 36 years following a heart attack. The housekeeper found Sage dead at his house in Los Angeles on July 13, 2012.

Initially, there were rumors that he died due to a drug overdose. But as per Lt. Fred Corral who was an investigation in charge revealed his autopsy showed no other substances but few pain killers.

The post mortem revealed the reason behind his death was Atherosclerotic coronary artery disease.

Sasha later shared with the New York Post that Sage was consuming painkillers at the time of death. His dentist had just pulled five teeth out of him. She said she had warned him not to do that.