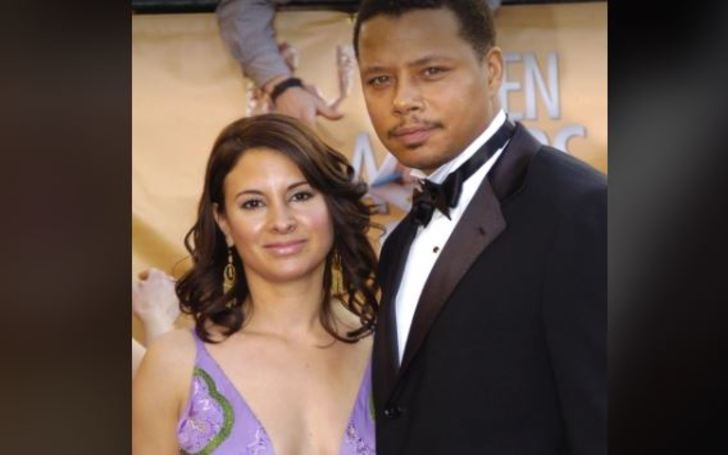 Lori McCommas is the ex-wife of actor, singer-songwriter, and record producer, Terrence Howard. The couple was in a marital relationship for more than fifteen years with three children in between.

Lori’s history with Terrence dates back to as early as the late ’90s. She was the actor’s first wife who also saw him transitioning from a struggling name to breaking into the mainstream with a succession of television and cinema roles between 2004 and 2006.

Howard turned into quite a villain whilst being married to McCommas in the early 2000s. Suffice to say, as a result, the former couple didn’t end their courtship on a friendly note. Know all about the drama, McCommas’ life before and after her relationship with Terrence, and a bit more in the ensuing details.

Lori McCommas Is A Jewish

Lori McCommas was born in the late ’60s. The former wife of Howard didn’t appear for much of the talking especially with the outsiders even when she was married to the Iron Man star.

Those who didn’t belong to Howard’s inner circle, henceforth, always remained in the unknown about her history.

Terrence, however, once confirmed that his former wife was Jewish and grew up following Jehovah’s Witnesses, a millenarian restorationist Christian denomination with nontrinitarian beliefs distinct from mainstream Christianity.

She reportedly is a native of Philadelphia, Pennsylvania.

Lori McCommas And Her Ex-Husband, Terence Had Been Together Since College

Lori and Terrence allegedly started dating in college. They met at the Pratt Institute in New York City.

Two years before their first divorce, Lori and Howard made headlines after the latter committed domestic abuse to the former. It was Sep 2001 in Pennsylvania.

Shortly after, the police arrested the Empire star and the actor pleaded guilty for disorderly conduct.

As per several reputed sites and the official documents, he punched his first wife Lori McCommas “twice with a close fist.”

Lori McCommas Ex-Husband Hit Her Twice In The Face

According to a Whitemarsh Police Department report, Howard and Lori argued on the phone. After that, the actor warned his ex-wife,

“Don’t disrespect me by hanging up on me or I’ll come over and hurt you.”

McCommas still hung up and contacted 911 fearing Howard was serious.

While she was speaking with a police dispatcher, the Hustle and Flow actor showed up at her residence and began breaking the door down. His wife then ran to the rear of the house and into the backyard. The record producer then broke the front door down and ran through the screen door in the kitchen.

He next grabbed his ex-wife’s left arm and punched her twice with a closed fist in the left side of the face.

Later, Howard’s brother thwarted the attack. He had seen his actor brother storm out of from their house to go to the McCommas place.

What Police Saw After They Responded To McCommas 911 Call

When a Whitemarsh cop responded to the scene, Howard admitted he broke the door down and hit his wife.

A second officer noted there was fresh damage to the front door and marks on Howard’s former partner’s face and arm.

Police also released some evidence photos that showed the damage Howard did to the doors in McCommas’s residence.

Lori and the locals charged Terrence with a variety of crimes (simple assault, terroristic threats, harassment, and stalking). Howard subsequently pleaded guilty in 2002 to disorderly conduct.

“She was talking to me real strong, and I lost my mind and slapped her in front of the kids,”

The Oscar nominee added how her lawyer said it was a closed fist, but the Ohio-born actor admitted, even slapping his former wife was wrong.

In 2002, he pleaded guilty to disorderly conduct and the court dropped the other charges. The officials have since expunged the case.

What Led Lori And Terence Relationship To Fall Apart?

Lori and Howard’s first separation happened due to the latter’s misdemeanor. Allegedly they were having trouble in their relationship because of Mr. Holland’s Opus star’s drinking and carousing.

After the first split, Howard, though, made some effort to win McCommas back. He reportedly bought a house two blocks from hers in Pennsylvania. Apparently, he would also do chores for McCommas such as grass-cutting, trash-disposing, and odd-jobs with great care. So much so, even after threatening him with a restraining order, Loris succumbed and remarried him. Though this time, the union lasted a mere six months.

With the Guardian in May 2008, Howard remembered,

‘The second time, she tried to control me. She made that awful mistake of trying to rope a bull. But I pursued her for six years and I’d marry her again, to tell you the truth.’

Even after their final divorce, the now father of five revealed how he still lived two blocks from his ex-wife and would often ask her, “why did we get divorced?”

At the time they would meet each other for their son at the weekends.

Howard then also said McCommas was the only woman he knew he could have loved for the rest of his life.

During the span of their courtship, together Lori and her actor ex-husband had three children.

McCommas gave birth to her 1st child, a daughter Aubrey Howard, with Terrence in 1993. Two years later, she and The Best Man star welcomed their 2nd child, a son Hunter Howard.

They added their 3rd child, a daughter Heaven Howard in 1997. Lori’s daughter, Aubrey, has two children of her own. McCommas and her former husband raised their kids as Jehovah’s Witnesses.

Her then-husband, on the other hand, with his numerous references to drinking and partying struggled to submit to the faith’s rigorous demands.

After the divorce, some documents showed Lori receiving quite the compensation from the Cleveland native.

The actor at the end of the year, 2013 reportedly earned $1.3 million. The then-court papers mentioned that much of this salary went to Lori McCommas.

It was also reported that due to Terence simultaneously paying Lori and his other ex-wife, he had almost gone broke.

In 2013, assessments reported Howard owing $1.2 million in back taxes to the federal government, as well as $156,000 to the state of California.

Shortly after the divorce from the mother of his first three children, Howard dated supermodel, Naomi Campbell but that didn’t last either.

Three years after divorcing Lori, Howard tied the knot with Michelle Ghent in May 2010. They had their ceremony in a private ceremony in Los Angeles, Calif, via New York Daily News.

Their marriage, however, ended just days before their first anniversary. Ghent filed for divorce from the actor in 2011. Essence at the time reported Michelle citing “irreconcilable differences” as her reason for seeking a divorce.

The Law and Order actor and Ghent divorce became official in 2013.

Speaking to Rolling Stone, via Closer Weekly, after divorcing Ghent, Howard admitted to slapping McCommas and also getting physical with Ghent.

Lori McCommas Ex-Spouse Got Engaged For The Fourth Time

After Michelle, Howard went on to get married for a fourth time to Miranda Pak.

They exchanged vows in 2013 but would split in 2015. With Pak, Terrence had his fourth child, son Qіrіn Lоvе in May 2015. This was prior to the divorce.

Similar to remarrying Lori, Howard would also give it another try with Pak. And the couple reconciled some months after their divorce. In fact, in August 2016, they gave birth to their second son, Hero.

Two years later they got engaged for the second time in 2018. The couple, however, hasn’t announced when they are going to walk down the aisle.

Allegedly the couple is doing their best to keep their relationship completely private and the outsiders have barely spotted them together in public.

Lori McCommas After The Divorce

While the father of McCommas’s three children married twice since separating from her, there haven’t been any reports on Lori, herself. Also, there lies very little to no details about where her relationship with Howard stands in today’s time.

What doesn’t help either is the fact that Aubrey’s mother is strongly undetectable on social networking sites like Facebook, Twitter, or Instagram? It is unclear if Lori married after her divorce or if she is dating a man.

Her Ex-Husband Net Worth

For some time, multiple sources have been reporting Lori’s former partner, Terrence Howard’s net worth sitting in the region of $5 million and above.

Howard though was notable as well as an actor with a reputed price tag even before the start of Empire. Given his lengthy career in showbiz that started in the early ’90, it should hardly count as a surprise that McCommas husband is a millionaire.