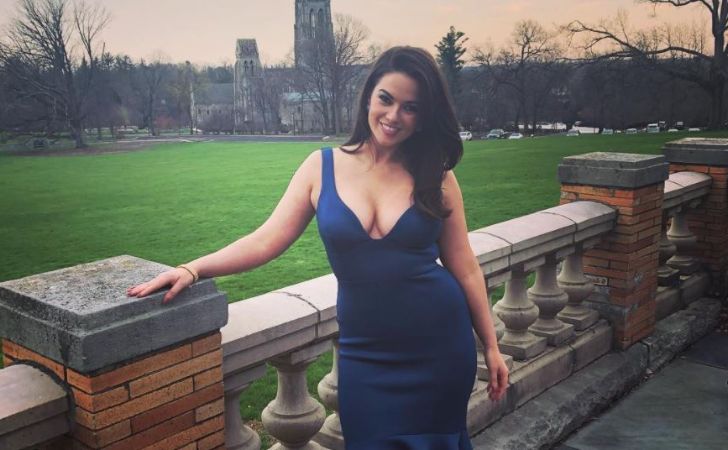 Natalie Egenolf is an American radio and TV personality. Based in Philadelphia, PA, the 32 years old has achieved decent success in her profession. She hosts some major shows like Birds Outsiders and also serves as a columnist for some prominent magazines including PhillyVoice.

Along with her profession, she also lives quite a decent life with her parents. But what about her love life? Is she married or dating a boyfriend?

Here is everything you had been looking for about her including her career, relationship, and other interesting details.

American radio and TV personality Natalie Egenolf was born on September 28, 1988, in Philadelphia, PA. Her father’s name is Bill Egenolf, unfortunately, her mother’s name is not revealed.

When Natalie was still a young kid, her father married for the second time to Darlene Egenolf. From her father’s second relationship, she has two step-siblings, a brother Bill Egenolf and a sister Dayna Egenolf.

She also has another biological sibling, a sister Jill Marie. They share a great relationship and have even posted a photo on Instagram.

While she shares a great relationship with her parents and siblings, she also was very close to her late grandmother. Her granny passed away when she was still very young.

As for a fact, the family of Natalie has been living in Philadelphia since 1800.

Talking about her education, Natalie did her high school at Cardinal Dougherty High School, from 2002 to 2006. Later, she joined Temple University where she finished her BA degree in Strategic and Organizational communication.

Ever since the completion of her formal education, she has been pursuing a career in TV and radio.

Natalie Egenolf Is a Successful Radio And TV Host

33 years old Natalie has established herself as one of the prominent TV and radio personalities. However, her rise to the present status in her professional career was not an easy ride.

She first started her career as a receptionist at Sports Radio WIP when she was just 20. Later on, she joined Game Day Broadcast Intern and Studio Assistant at Eagle Radio Network, working from August 2009 to January 2010.

Similarly, from November 2010 to January 2011, she worked as a runner at NBC Universal. Eventually, from January 2011 to July 2012, she was an on-air host at CCI communications in Philadelphia.

Following this, she acquired the position of On-Air Talent at CBS radio, holding the position from July 2011 to Jan 2016. Meanwhile, she was also employed as a feature reporter at Phillies Nation from February 2012 to January 2016.

Well, at present, Natalie works as the On-Air Co-Host for Birds Outsiders at NBC Sports Philadelphia. She has been working in the position since September 2019. Besides, she is also a Columnist for PhillyVoice since June 2019.

Natalie Egenolf Boyfriend: Is she planning a Marriage?

Well, not many know but Natalie is actually in a relationship. She is dating a guy named Jax Mannetta, aka Max. While she has not revealed much about her boyfriend Jax, the duo is apparently dating for a while now.

In fact, Natalie has even liked a photo of Jax from 2013 on his Facebook, which makes us guess that the duo could be together since 2013.

Just recently Natalie even posted a photo of her with Jax on her Instagram. The two seem pretty much in love and look adorable as a couple. In the cute Instagram post, Egenolf wrote “Thank you, 2020, for sitting me down” in the caption.

Coming to the question about her marriage, she doesn’t seem to be planning to tie the knot anytime soon. However, since she is 33, we might very soon see her walk down the aisle. Undoubtedly, Natalie and her now-boyfriend Jax are definitely going to make the best husband and wife.

Talking about Jax, he is also from Philadelphia and did his schooling at The Hill School.

The beautiful radio personality Natalie is pretty much active on social media. She is on Facebook and Instagram as well. As of 2022, she has over 30k followers on her Instagram @natalieegenolf. Well, on her Instagram, Natalie not only gives insight into her professional life but also posts about her day-to-day life.