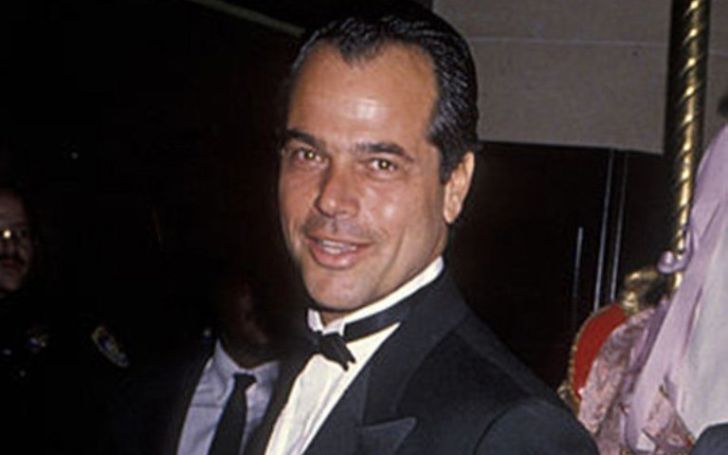 A real estate developer and a successful restaurateur George Santo Pietro has a history of dating some successful Hollywood actress. Pietro was in a marital relationship with Wheel of Fortune’s Vanna White and also had children together. Unfortunately, their relationship did not work out, but George gained massive exposure and recognization in the media and the Hollywood film industry.

Not only Vanna, but George also had one of his most talked-about relationships with American actress Linda Evans.

But aside from all the razzle-dazzle and romance, Pietro also became part of a police investigation. Back in 2017, he got into trouble after a man he had rented his Beverly Hills mansion turned out to be a fraud.

Well, be it his romantic relationships or his career, here is a comprehensive account of the 73 years old hotelier.

The successful real estate developer George Santo Pietro was married to American TV personality Vanna White. His relationship with Vanna is his only marital relationship.

George and Vanna reportedly tied the knot in December 1990. The duo announced their upcoming wedding in a celebrity-filled ski resort just a few days before their wedding.

George and Vanna got their marriage license, a $20 permit, from the Pitkin County Courthouse, as per the reports by the LA Times. Vanna provided her license for identity verification as required by the court.

However, despite all the bonding and romance they shared, they ended their marriage in 2002, almost 12 years into marriage.

George is the father of two children, a son, and a daughter, with Vanna. However, things didn’t go smoothly with Vanna’s first pregnancy.

After two years of marriage, Vanna revealed she was pregnant via a puzzle on the show. But unfortunately, just a week after the announcement, Vanna faced a miscarriage and lost her child.

In one of her statements, Vanna called her miscarriage a devastating experience and also stated how badly she wanted to be a mother. She said,

I so wanted to be pregnant and have a baby, so then when I finally got pregnant, I wanted to tell the world immediately. Obviously I lost the baby, which was devastating after announcing it. The good news is I was able to get pregnant again and had two beautiful, healthy children. … But losing a child — there’s nothing good about that

Wishing @officialvannawhite and all the moms out there a special and happy #MothersDay! 👩‍👧‍👦💐💓 #WheelOfFortune

Her second child, a daughter Gigi Santo Pietro was born in 1997.

Both His Kids With Vanna Live With Their Mother

Both Gigi and Nicholas, aka Nikko, are grown-ups now. While Nikko is 26, George’s daughter Gigi is 23 years of age.

Gigi joined NYU’s prestigious Tisch School of the Arts in 2015 and finished her graduation in 2019. Later she studied at NYC school for photography and imaging. As of 2020, she works as a professional photographer.

Following Vanna’s Divorce from George, both Nikko and Gigi have been with their mother. Vanna is reportedly dating her boyfriend since 2013, John Donaldson.

Though there are rumors that Vanna and John are engaged, no one has confirmed the speculation.

George Dated Girlfriend Linda Evans In the past

Prior to marrying Vanna, George dated American actress Linda Evans. They began dating back in 1980 and were one of the hot couples in the town.

In fact, Pietro and Evans were spotted together on multiple occasions. Back on January 21, 1983, The Big Valley actress Linda accompanied her then-boyfriend George at the opening of his new restaurant “Santo Pietro’s Pizza” at Santo Pietro’s Pizza in Los Angeles.

Not only this but the hot couple showed up together for a charity dinner “An Evening in Monaco” at Beverly Wilshire Hotel.

Well, despite all the initial romance, their relationship soon turned sour and they broke after 4 years of relationship in 1984.

Became The Part of a Police Investigation

In 2019, Pietro indirectly became part of a fraud case. It happened such that a guy he leased his Beverly Hills mansion worth $47 million was a fraud.

As per police, Keenan Alexander Gracey, the guy George had rented his mansion, had bilked around $6 million from the residents of Washington and California pretending to be a British financier and a professional athlete.

The former resident of New Castle Gracey rented the mansion just to maintain a status and lifestyle of a billionaire British heir who he had pretended.

Well, Pietro got into trouble only after police came to know that he had rented his mansion to Gracey despite being aware that he could be a fraud and that the police were investigating him.

In fact, George had written an email to Gracey on July 7, 2018, in which “Your Sec Issues” was the subject line. The mail to some extent showed his concern that Gracey’s money could be out of fraud.

In response to Piedro’s mail, Gracey wrote that he needed his mansion so that he could raise funds from his investors.

While Gracey was evicted from the mansion on Oct. 1, 2018, it got George a bit into trouble. However, Federal officials have not made any comments on whether the authority will charge Piedro. Further, the authority is yet to make any further decisions concerning the case.

Many believe that George married a girl named Melissa Mascari. However, this is not the truth.

Melissa’s husband George is a different man but co-incidentally the same name. Unlike the “restaurateur George,” Melissa’s spouse, George Santopietro, is active in filmmaking and direction. They also are parents of a daughter.

The family of three leads a successful marriage.

Do You Know Narvel Blackstock’s wife Elisa Gayle Ritter: All The Details