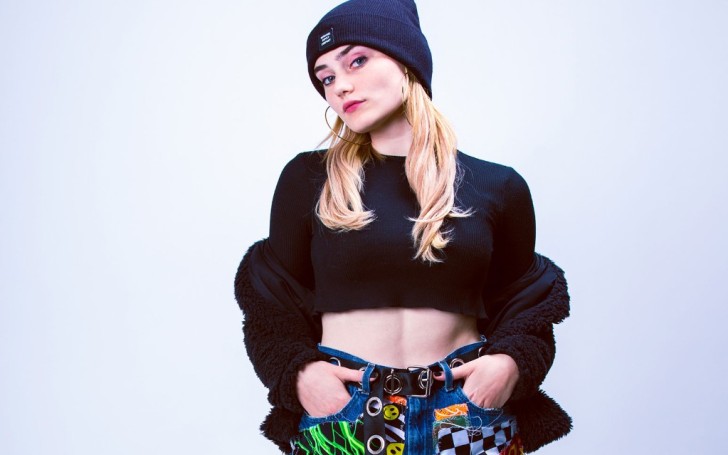 Meg Donnelly is one of the promising stars of the current generation. With movies like Zombies and Zombies 2, she definitely gained a lot of fame in a short amount of time.

Apart from her promising career, the starlet is enjoying a sound personal and family life. Further, there are also a lot of queries surrounding Meg Donnely’s boyfriend in 2020 and her affair with Noah Zulfikar.

Find out about her parents and relationships in the section below!

It is certainly a positive thing for every parent when they see their kids move forward in life. Meg Donnelly had an upright childhood because of which she is an emotionally mature woman.

In an interview with Newsday, despite meeting big personalities, Meg stated her mom is her ultimate idol. She mentioned that her family was kind of different as her father used to stay at home whereas her mother was the man of Donnelly’s house.

Goes on to show, she grew-up in a matriarch-supporting family. Quite refreshing to hear, isn’t it!  This explains why her Spirit Animal is ‘Elephant.’ In the Elephant family, the main head is a female.

Nevertheless, the 19-year-old’s success cannot be attributed to her mother alone as her dad played his role to perfection. She once mentioned that the greatest advice her dad gave was that ‘You have nothing to lose.’

When Meg was auditioning for a role, her dad gave this advice which she still follows to this day. Her dad said,

“If you go into the audition room, just do your best because even if you don’t get it, you’re still going to be where you are now so that’s awesome too. It’s just being more confident in the audition room…just go for it.”

He sure sounds like an intelligent man and now we’ve no questions regarding Meg’s pleasing personality.

Meg Donnelly started Acting at 6; Her Net Worth

The American actress has been in the industry for a long time now. At an early age, she appeared in print works/commercials and in a few music videos. At the age of six, she enrolled in Annie’s Playhouse- School of Performing Arts in Far Hills, New Jersey. She learned singing, dancing, and acting there.

She was always quite interested in acting. Meg mentioned several times that her lifelong dream has been to act and she is enjoying it a lot. Moreover, her acting skills have been well received by critics and audiences alike.

After making her debut in Celebrity Ghost Stories, she came into the radar after playing the role of Taylor Otto in American Housewife, alongside several successful celebrities including Ali Wong. But the roles which will make her name reach every corner of the world wouldn’t come until 2018.

In that year, she portrayed Addison in the Original Disney movie, Zombies. After more than a year, she reprised her role in the sequel of the movie, Zombies 2. As of now, she is comfortably sitting with a net worth of $1.5 million.

Donnelly has no intention of restricting herself in acting as she soon wants to transition towards singing. Well, given the fact she already sang several songs, it wouldn’t be a surprise.

Just like Meg Donnelly’s character in Zombies dated Milo Manheim‘s character, the pair even went out in real life as well. She first met him during the audition and they connected throughout the shooting.

As a result, the couple became official in real life, not just in reel life. They dated from July 2017 to January 2018 but later went on an off for several months before calling it quits for good.

Ever since breaking-up with Milo, the actress seems to have found another love interest. According to reports, she is currently in a relationship with Noah Zulfikar, an actor.

The news started coming after she shared several intimate pictures with him. One of the fans even divulged in the comments that she is really going out with Noah as the fan’s sister is a good friend of Meg.

For more celebrity biographies, make sure to follow CelebSuburb!!!

Who is Meg Donnelly Dating? Moved on From Milo Manheim?