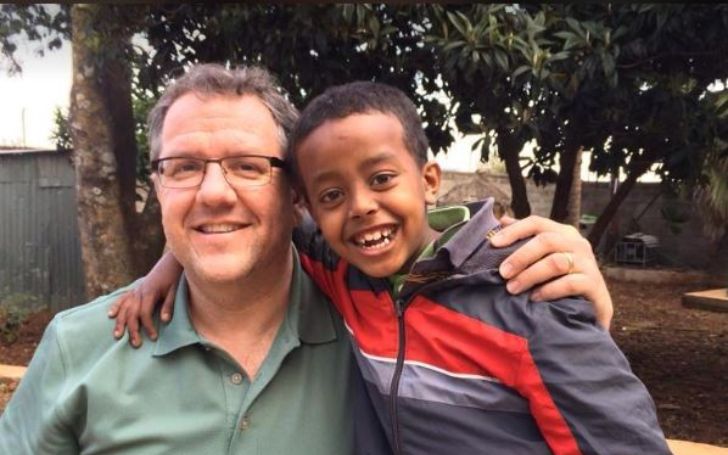 Mekbul Timmer, nickname Mek was the son of a political strategist Jeff Timmer and his wife Mattie Timmer who had adopted Mekbul from Ethiopia back in 2014.

Mekbul’s arrival in the Timmer family was something that Jeff and his brood enjoyed every day. His American family also couldn’t help but praise him for his bold sense of humor and quick wit.

Unfortunately, their Ethiopian adoptee couldn’t live long and the family has been mourning the loss ever since. In the meantime, some questions have remained unanswered in all these. Decode them all in the headers below.

Mekbul Timmer Was Born In The Early 2000s

Mekbul was born on April 27, 2003, in Addis Ababa, Ethiopia. He was the biological son of Zeyneba Tesfaye but the details of his birth father are still a mystery. The late Ethiopian-born American teenager’s mother, Zeyneba passed away in 2009 after which he started living under the care of his grandmother Alemitu Kono, a teacher by profession. She, though, would also die in 2012.

Following that, Mekbul ended up in AHOPE for Children, an orphanage. Timmer lived there for two years during which he was famous as a bright, inquisitive, funny, and impish prankster.

As a kid in Ethiopia, Mekbul apparently was an outgoing, smiling, and mischievous boy. He was also good at Maths and English. Timmer furthermore was competitive and often finished top in class.

Mekbul however was also infamous for skipping school and leading his friends to spend their lunch money on candy.

When Did Jeff And Mattie Timmer Adopt Mekbul Timmer?

It is a bit unclear when actually Mekbul became the official son of Jeff and Mattie but according to his adoptive sister, Maggie, the Ethiopian-born kid assuredly became Timmer sometime in the summer of 2014.

According to the Timmer family, Mekbul integration with the Americans was effortless. His obituary reads the African boy immediately opened his heart to Jeff and the rest of his family from the first minute he met them. He apparently was very enthusiastic about being part of the Timmers.

Mekbul Timmer Life After He Came To America

As he grew up with his American family, Timmer reportedly had become opinionated, smart, and independent. He also preferred being a trendsetter. He was fond of his shoes, hats, bandanas, and sunglasses collection. Mekbul also loved video games, music, soccer, wrestling, movies, and pulling pranks on families and friends.

He was also passionate about things and the future. Mekbul had a continuous hunger for learning new skills and his patience and focus were formidable. He was adept in juggling, Rubik’s Cube, card-throwing, skateboarding, yo-yo tricks, and dance.

Mekbul, an Impractical Jokers fan was studying at Portland High School and was a varsity soccer player. He was a senior at the time of his passing.

Mekbul’s adoptive dad, Jeff is mainly a political advisor who has given counseling to hundreds of candidates, trade associations, ballot initiatives, and major corporations.

He furthermore is a senior advisor to The Lincoln Project and co-founder of Republicans and Independents for Joe Biden. Mekbul’s father Jeff is a former Republican but now is an independent.

He also runs a podcast titled A Republic, If You Can Keep It. It airs on Apple’s platform.

While Mekbul wasn’t around for long, his family claim the prankster made the life of everyone who came to meet him better.

Mek’s mother Mattie via Twitter thanked everyone who reached out to the family for expressing their condolences. She and her husband also made a plea to “love your kids.”

How Did Mekbul Timmer Die?

Although it has been some time since Mekbul died, the Timmer family is yet to reveal how their adopted son lost his life. What’s more, almost zero out-open dailies have pursued the reason behind the late teenager’s death. There are theories although not many that do show some amount of curiosity in regard to the details of Mekbul’s passing.

Some believe the Michigan native died in a car accident but none of the obituaries imply that some terrible or foul play might have happened.

Although almost each family member of Mekbul remembers him through their respective Facebook, they haven’t given so much as a reason behind Mekbul’s tragedy.