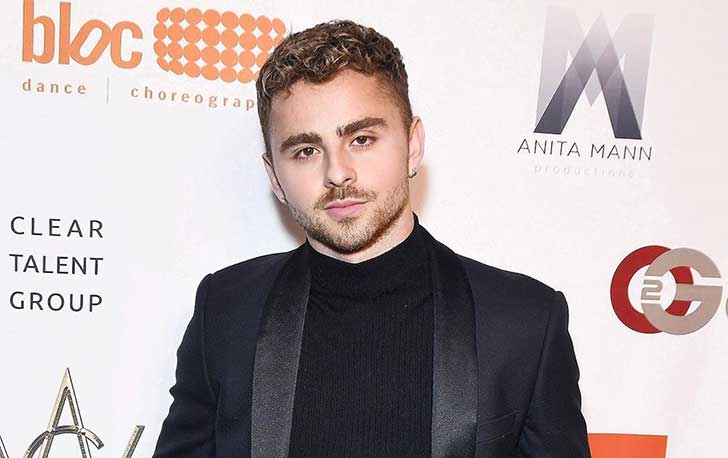 Michael Dameski is an Australian dancer, singer, and actor. He is famous for his part in the Sydney production of Billy Elliot the Musical. Besides, Dameski also grabbed fame with his appearance in NBC’s World of Dance season two.

Here, we are exploring the 26-year-old dancer’s profession, family, relationships, and more.

Dameski has a great connection with his family. Even though he lives in America because of his work, he frequently visits his family in Australia.

Meanwhile, Michael and his sisters have a very friendly relationship. They often spend time together whenever he visits Australia. Michael and Katrina’s Instagram features many of their photos that depict love for each other.

Here is one of them!

Michael Dameski Participated in a Dance Competition at Six

Michael had developed a keen interest in acting from his early childhood days. However, he hadn’t taken any dance class before he participated in a dance competition.

Dameski competed in “The 2001 Australian Dance Idol” at the age of six. Without any prior training, he advanced to the top ten of the competition.

Soon, Michael started training at the Brent Street Studios in Moore Park, New South Wales. There, he got an opportunity to represent his country at The World Dance Championship of Performing Arts in LA. There, he received gold in each category he competed in.

Famous for his work in Billy Elliot the Musical

Michael started portraying one of the five Billys in Billy Elliot the Musical. The other casts of the play include Rhys Kosakowski, Joshua Waiss Gates, Joshua Denyer, and Dayton Tavares.

For his work in the musical, Michael won the Green Room Award for Male Artist in A Leading Role.

He worked in the play until 13th June 2009. He abandoned the Broadway production in September 2010 and joined NETM 2nd North American Tour.

Later, in 2014, Dameski participated and won the Australian version of So You Think You Can Dance and became Australia’s Favourite Dancer for 2014. He is famous for his role in Disney’s Newsies: The Broadway Musical! (2017)

Meanwhile, Dameski competed on the US dance show World of Dance season two and came first runner-up in 2018.

As of 2022, Dameski’s net worth is estimated to be around $500,000. He has earned his wealth from his dancing career as well as his work in Broadway plays.

In 2018 be became the first runner-up of World of Dance from which he received a handsome chunk of money.

As of 2022, dancer Michael Dameski is single. The 26-year-old is candid about his career and lifestyle on social media like Instagram.

He hasn’t announced being in a relationship as of yet. He can be seen with girls in many of his social media posts & most of them are his dance partners only.

Who Is Michael Dameski Wife?

Well, there is a lot of curiosity among the audience about his wife and marital relationship. However, the fact is that he is unmarried and does not have a wife yet. That said, we would love to see him married to a perfect partner of his choice.