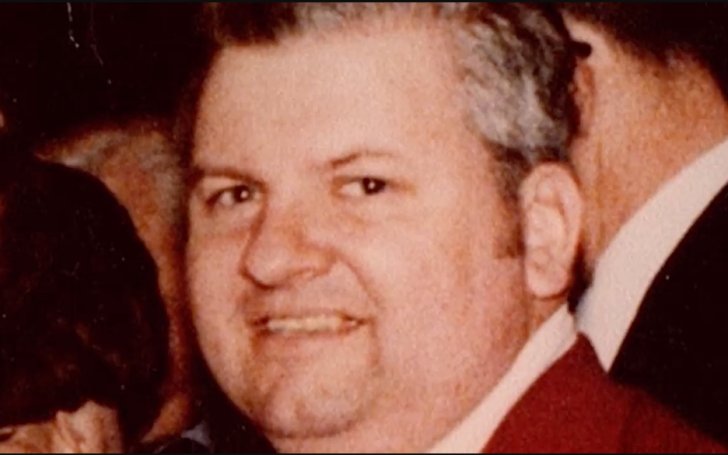 Michael Gacy is widely known as the son of the late American serial killer and sex offender John Wayne Gacy. His father became known as the “Killer Clown” who raped, tortured and murdered about 33 young men and boys throughout his killing spree.

Michael was just a 3-year-old kid when his father John was sentenced to prison for the first time for his crime. After that, Michael never got to see his dad as his mom then got disappeared taking him and his little sister away from his daddy’s dark shadow. Since then, John’s son is living a completely low-key life. However, being the child of such a vicious criminal, people want to know where Michael is now.

So, today, in this article, we make the best effort to explore the personal and professional details of John Wayne Gacy’s son Michael Gacy. Read the article till the end to know about him.

How Old Is Michael Gacy? Details on His Parents and Date of Birth

Michael was born to his father John Wayne Gacy and his mother Marlynn Myers in the month of February 1966, in Waterloo, Iowa. As of 2022, he is 56 years of age.

A year after he was born, his mother gave birth to his little sister named Christine Gacy in the year 1967. Later on, the brother-sister duo of one year age gap grew up together under the care of their mom Marlynn.

Besides, Michael is of Polish and Danish descent from his father’s side while his mother belongs to the Caucasian ethnicity. And he is American by nationality.

Michael Gacy’s Parents’ Marriage And Divorce: His father Went To The Path Of Crime

His parents John and Marlynn were in their 20s when they first met in March 1964. They were co-workers at the clothing store in Springfield, Illinois, it was where they first came across. Soon, the two fell in love, and then Michael’s dad proposed to his future wife Marlynn for marriage.

About six months after their first meeting, the ex-couple also got married in September 1964. Following their wedding, the married couple moved to Waterloo, Iowa and they started living a beautiful family life together.

But within a couple of years, John dabbled into the path of crime. In August 1967, the first time John was found guilty of sexually assaulting a 15-year-old boy named Donald Voorhees.

Following the complaint Donald’s father filed against him, Gacy was arrested and then sentenced to jail in December 1968, although he refused all accusations against him. Later on, all the charges also led to the breakage of the beautiful family of four as his wife filed for a divorce against him in court which got finalized on September 18, 1969. John was then imprisoned for ten years for a sex offense charge and Marlynn got full custody of her children.

After his release on parole, Gacy married his second wife Carole Hoff.

His Father and Mother Separated When He Was Just 3: He Never Met His Father Then Onwards

At the time when his parents got divorced, Michael was just a 3-year-old. His father was sentenced to jail and then, his mother disappeared taking him and his sister with her. After that, Michael never got a chance to see and meet his father as his mom always kept her kids far from his dad and also from his family.

Once in an interview with Oprah, his aunt Karen (his father’s sister) told,

“I tried sending gifts to the children. Everything was returned, “I often wonder about them, but if [their mother] wants a private life. I think she’s owed that. I think the children are owed that.”

Even though John was sentenced to prison for ten years, later he was granted parole with 12 months probation in 1970 and went on to live a normal life in Chicago. However, he couldn’t control his criminal activities. John then continued to assault the young boys sexually. From 1972 to 1978, a total of 33 men and boys became victims of his insane and cruel sex drive. Not only he assaulted those people but also killed them.

For all of his dreadful crimes, he was given a death sentence. On May 9, 1994, an authoritative group took him to Stateville Correctional Center for execution. He was executed by giving a lethal injection. After his death, his brain was removed and his body was cremated.

His Criminal Dad, John Was Featured In Several Movies And Documentaries

Michael Gacy’s late father John Wayne Gacy was one of the most vicious criminals during the 1970s. Based on his criminal history, several movies and documentaries have been made. Some of the movies which narrated Michael’s father Gacy’s life and crime details are To Catch a Killer, Gacy, Dear Mr. Gacy, and a horror film 8213: Gacy House.

Similarly, many documentaries were also made featuring John’s criminal story. Some of them are titled The New Detectives: Case Studies in Forensic Science, Monster in my Family, Evil Lives Here, and many others.

Career: What Does Michael Gacy Do For A Living?

Michael rose to prominence just due to his father’s infamous criminal record. Just at the age of 3, his mom hide him from any kind of public appearance and took him out of the connection with his father and his family. Since a very young age, he lived a low-key life so no information about his career is available publically.

On the other side, his father, John, before his crime, was a successful person careerwise. He began his career as a salesman in a shoe company and was later promoted to the position of Vice-president. After that, he worked as a manager at KFC. After working there for some years, John also bought Kentucky Fried Chicken (KFC) restaurants in Waterloo, Iowa.

However, while leading his restaurant business successfully, he was arrested for sexually assaulting a young boy and then sentenced to jail. Following his return from prison on parole, Michael’s dad founded a part-time construction business, PDM which stands for Painting, Decorating, and Maintenance.

Is Michael Gacy Married? About His Personal Life

As mentioned earlier, Gacy is completely out of contact. Nobody knows about his present status, not even his father’s family knew about him. So, it’s really very difficult to say about his personal life.

However, we cannot discard the possibility that a 56-year-old man can have a family of his own. Looking at his age, Gacy would have been married to someone.

As per sources, the 56-year-old Michael currently resides somewhere in the United States with a new identity. However, other than that, there is nothing more about his current whereabouts and what does Michael do for a living.

Well, whatever the case may be, we wish him a good and peaceful life.