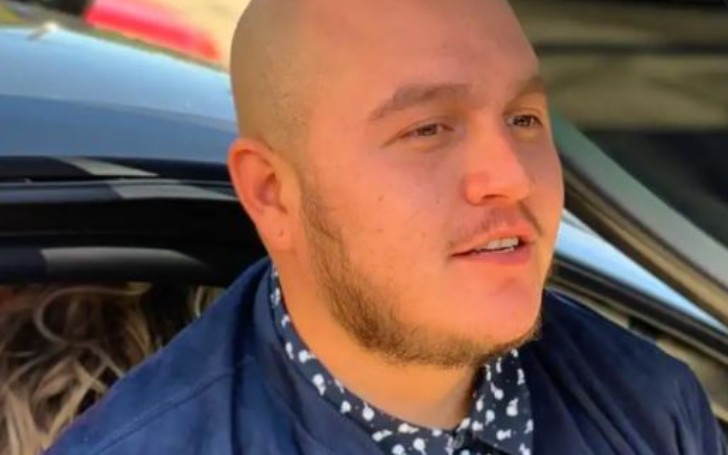 Michael Marin Rivera is the son of late American singer Jenni Rivera and Jose Trinidad Marin. His mom Jenni was famous for her Regional Mexican work. The talented singer, unfortunately, passed away at the age of 43.

Aside from Michael, Jenni is also the mother of four other kids, Johnny Lopez, Jenicka Lopez, Jacqie Campos, and Chiquis Rivera. All five of them are incredibly close to each other despite having different fathers.

As fans of Jenni Rivera, there’s a lot of curiosity going on regarding Michael Marin Rivera and today we shall find out everything about him!

Michael Marin Rivera was born on September 11, 1991, in Long Beach, California, the same place where his mother Jenni grew up. He belongs to the Mexican ethnicity and has American nationality. Michael uses both of his mother’s and father’s surnames.

As for his education, he graduated from Lower Merion High School. After graduating high school, he went to Los Angeles Trade-Technical College where he studied murals, paintings, etc.

What is his real name? Did he change his name?

Although he goes by the name Michael now, his birth name is Trinidad Angelo Marín. He was named after his dad Jose.

He is one of the kids of Jose Marin and Jenni Rivera. His parents initially started dating back in the 80s. At the beginning of their relationship, Jenni was only a minor, while Jose was an adult.

They dated for a short while before eventually tying the knot. They tied the knot in 1984 in a small wedding ceremony. When they married, Rivera was already pregnant with their first child.

Jenni gave birth to her first kid while still studying at high school.

Michael’s parent’s divorce: What was the reason?

Although both Jose and Jenni’s marriage started off on the right foot, it ended quite tragically. In the beginning, everything was going well between the two. Both of them were doing whatever it takes to run the house and raised their kids.

Then one time Jose got himself a job as a restaurant manager. It was a happy moment for the family, however, Jose had a condition. He wanted Jenni to stop going to college and quit her job in order to take care of the kids.

But Jenni being Jenni, didn’t accept Jose’s condition which eventually led to physical and mental abuse. Jenni couldn’t resist more of Jose’s constant abuse and she decided to divorce him. They officially separated in 1992.

From his parent, Jose, and Jenni, he has two older sisters, Chiquis and Jacqie. His oldest sis Chiquis was born on June 26th, 1985 and his second sibling Jacqie came into this world in 1989.

Both of his sisters are making a name for themselves in the music industry. Chiquis began her career in the industry back in 2014 when she released her first single, ‘Paloma Blanca.’ This song was a tribute to her later mom, Jenni. So far, she has released a number of songs including Esa No Soy Yo, Completamente, etc.

On the other hand, Jacqie is a reality TV star who is famous for her role in the series, I Love Jenni. She also starred in the series, The Riveras, Chiquis ‘n Control. Further, she has been married to Michael Campos since 2012 and is a mother of four kids, Jaylah Hope Yanez, Jordan Campos, Jenavieve Campos, and Julian Joy Campos.

Throughout the 90s, Michael’s dad Jose was sexually abusing his own daughters. His crime didn’t stop there as he also sexually abused his sister-in-law Rosie Rivera.

But his sexual assault charges didn’t come forward until Rosie came forward with the claim. It was in the year 1997 when Rosie revealed all of Jose’s wrongdoings. According to Rosie, Jose sexually abused his daughter Chiquis and her. Later on, a test was conducted on Jacqie and it was also revealed that Jose had sexually abused her as well.

Upon hearing such tragic news, Michael Marin’s mother Jenni filed a complaint against her husband. Upon filing the case, Jose was ordered to appear before the court, however, he decided to make a run for it. He succeeded and even started a new life in Riverside County.

Nonetheless, all of his effort to run away were in vain as authorities found him in 2006. In 2007, he was sent to prison for 31-years.

As of now, Michael works as a mural artist. He earns his livelihood by painting his murals and signage. Going by his Instagram account, we can see his extraordinary talent in full display. He creates hyper-realistic portraits and in many places around Los Angeles.

Of all his work, his most famous works include murals of the late Kobe Bryant, Nipsey Hussle, and his mother. He goes by the name Michelangelo Rivera on Instagram.

As far as his pricing is concerned, Michael charges a reasonable amount of money for his work. He often paints murals in big buildings as that way he will gain a large audience.

Michael began his professional career as an actor featuring in the series, I Love Jenni. The show chronicled the life of Jenni Rivera. In the TV show, we got to see the big, loud, and funny family life of Jenni.

The show garnered a decent amount of fan following but when it was time for the show to feature its third season, Jenni passed away. The incident shocked not only the Rivera family but also the world. At the time, many fans thought that the show will most definitely end after Jenni’s death. However, her kids were adamant about continuing her legacy and the show continued further.

Who is Michael Marin Rivera dating? Shares a daughter

It looks like Michael is currently single, however, before he was once in a relationship with Drea Ibarra. The couple dated from 2011 to 2013.

From their relationship, the couple became a proud parent of one daughter, Luna Marin Ibarra, born in 2012. Ever since Michael and Drea separated, they have been taking joint care of their daughter.

Marin often shares pictures with his daughter on his Instagram account. From the photographs alone we can tell the father-daughter duo are incredibly close to each other.