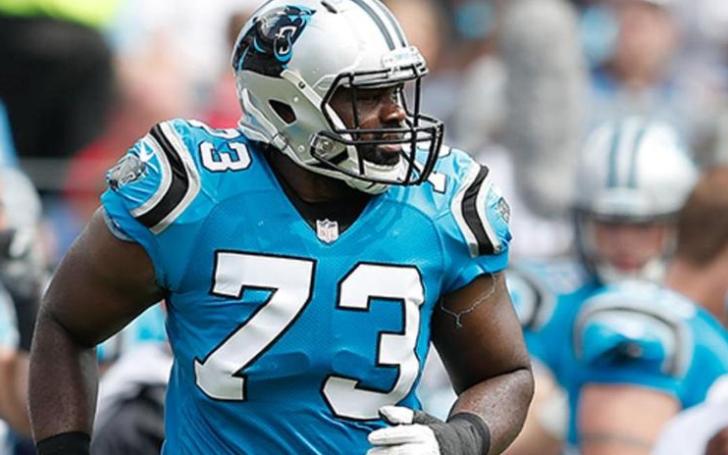 Michael Oher has had a tough life growing up, from growing in several foster families to not being able to study. However, his life took a drastic turn after he was adopted by his new legal guardians.

Here today, we’re going to cover each and every facade of Oher’s life. Know in detail about his biological & adopted parents, siblings, his wife or girlfriend, if he has any and net worth.

Who are Michael Oher’ Biological Parents? About his Early Childhood

Michael was one of 11 kids of Denise Oher. He was raised in an impoverished household where both of his parents never really gave much attention to Michael and his brothers and sisters.

Both of his mom and dad had a terrible life. Denise was a drug addict, whereas, his dad, Michael Williams was constantly getting into trouble and often prisoned.

His parents were not taking proper care of their kids because of which Oher was put into foster care at the mere age of seven. Moreover, he didn’t stick to one single-family and alternated between several foster homes. At one point in time, he was also homeless.

Besides, his dad died when he was quite young. According to reports, Jerome Williams was shot and killed and later threw off a bridge.

Oher hasn’t Contacted his Biological Mother for a Long Time

In 2017, during an interview with the Local 24′ news channel, Denise talked about her relationship with Michael. She told the reporter,

“I don’t know if he is dead or alive, and that’s a sad thing to say, but it’s the truth.” She added, ” We don’t hear much from Michael, ya know. Hopefully, God will slap him in the back and he’s does what he is supposed to be doing as a family, with his family.”

Adopted by the Tuohy Family: An Anecdote

Michael’s life took a huge turn after he came across a man named, Sean Tuohy. They first exchanged words at a basketball team practice in the Briarcrest Christian School gym.

Later on, Sean became interested in this young black kid and wanted to help him in any possible way. Sean enlisted the help of his daughter, Collins Tuohy, who also studied at the same high school as Oher.

Upon knowing more about Michael from his daughter, he decided to need to do something. Then one day, he asked Michael if he wants any lunch money but to his surprise, Michael denied taking lunch money.

Impressed by his action, Sean put up a standing account for Oher at the lunch checkout counter.

Fast forward a few years and in 2004, Sean and his wife decided to adopt Michael and became his legal guardian.

How many Siblings does Michael Oher have?

Oher shares a total number of 13 siblings, including two from his adopted family. From his biological family, he has a total of 11 brothers and sisters, Carlos, Andre, John, Marcus, Deljuan, Rico Oher, Tara, Denise. The name of the other two is not known.

Now talking about his adopted family, he has two siblings, sister Collins Tuohy and brother Sean Tuohy Jr. His sister Collins, 33, is married to Cannon Smith since 2016, while Sean is single and currently playing Basketball at Loyola Greyhounds Men’s Basketball.

After getting adopted, Oher’s professional life had an up upward curve. He received a scholarship from Mississippi, Tennessee, LSU, and Alabama.

He decided to join the University of Mississippi and played 11 games as an offensive lineman. During his college football years, he was selected Freshman All-Sec and Freshman All-America in 2005.

Likewise, the next year he earned second-team All-SEC after a breakout performance at the highly competitive SEC. The same year, writer Michael Lewis authored the book ‘The Blind Side‘ depicting his life from a homeless kid to a football star.

The book was a huge hit and director John Lee Hancock decided to adapt a small portion of it in a movie of the same title.

In 2009, the movie The Blind Side was released with big names from the industry including Sandra Bullock, Tim McGraw, and Lily Collins playing the lead role.

Quinton Aaron played the main role of Michael Oher. The movie went on to receive several award nominations including an Academy Award.

Drafted to NFL in 2009 by Baltimore Ravens

He was drafted by the Baltimore Ravens and selected 23rd. After success in his initial season, he helped the team won the Superbowl XLVII against the San Francisco 49ers in the 2012-13 season.

In the following season, he made a move to Tennessee Titans for one season before his career-best move.

He moved to Carolina Panthers. The team’s quarterback Cam Newton recruited him. His performance peaked here as he led Panthers and helped them win the MVP Award.

Released by Panthers in 2017 after failed a Physical

After great seasons, Oher was subsequently released by the Panthers in 2017. The move came as a huge shock to the fans and the media alike.

It was all due to Michael failing to pass the physical test.

What is Michael Oher Net Worth now?

At the moment, Oher’s net worth stands at $20 million. He accumulated his fortune after playing for three NFL football teams.

During his time in the NFL, his yearly salary was over $1 million.

Since his release by the Panthers in 2017, Michael has completely disappeared from the football screen. The veteran has been without a known job since then.

If we talk about where he is right now, he lives at his Baltimore residence. His last appearance came when he joined Nick Mangold as he made some comments on the Legends game between New York Jets and Ravens.

Hey-o. So @michaeloher & I are about to be live on the @BudLight Legends Series We’ll be calling the @NYJets – @Ravens game, reading your comments, and enjoying a cold one at:https://t.co/5isOlVReOH #ad pic.twitter.com/sBc8FO9Fan

Michael Oher Relationship: He has a Wife?

At the moment, his relationship status is a controversial subject. On the front, the former football player has no visible girlfriend or wife, however, an incident revealed something about his secret wife.

So in July 2017, Oher came into a controversy after an Uber driver accused him of assault and filed a $500,000 lawsuit against him. According to the driver, Michael physically attacked him in April of the same year after an uber ride.

The driver allegedly stated that the football player entered his car asking him to follow his wife’s car. From this statement, we can say Michael has/had a wife.

As for the identity of his partner, there is no further evidence other than this tragic incident. His social medial handle doesn’t give out many details on his dating life.

Talking about the charges, he was later acquitted from the accusation made by the Uber driver.