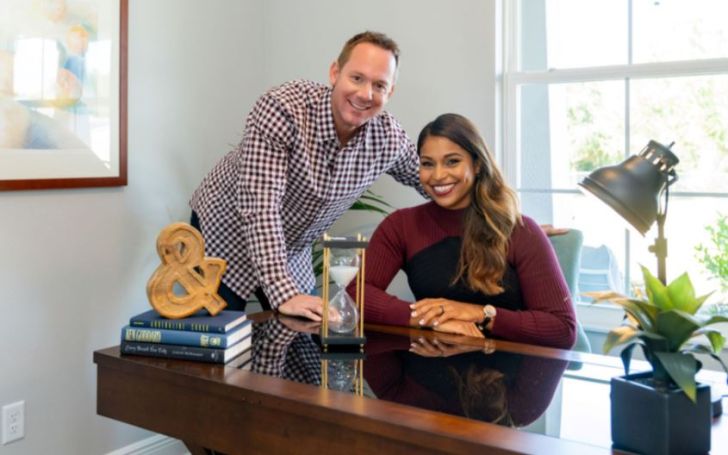 Mika Kleinschmidt is an American real estate developer. She is famous for appearing in the HGTV show, 100 Day Dream Home alongside her husband, Brian Kleinschmidt. In the show, the husband and wife build houses in three months.

Today we shall take a close look at their relationship in addition to some interesting facts about Mika!

Mika and Brian Kleinschmidt Relationship: He asked her out in High School but she rejected him

With no confidence whatsoever to go up and speak to her, Brian asked one of his friends to do his bidding. He urged him to ask Mika if she’ll come with him for the homecoming. Unfortunately, Mika wasn’t interested in Brian and said no.

As time went by, the pair also moved on with their lives. They dated other people, even got married but as fate would have it, their paths crossed once again. Who would’ve thought that Brian and Mika will meet again and this time fall in love for good measure?

They found each other once again after a decade since their high school graduation in 2011. Both of them had gained a lot of experience in their respective field and thus a romance and business were born.

When did they get married?

The pair exchanged vows on October 10, 2015, in a private ceremony surrounded by a few of their friends and family. This was the first wedding for Mika while a second for Brian who was once married to Miss America 2004, Ericka Dunlap.

Ever since they tied the knot, Mika and Brian aren’t just a husband and wife duo but they are also business partners as well. Together they star in the popular TV series, 100 Day Dream Home. In the show, the pair uses their expertise to help build their customer their dream home and that too within three months.

Talking about their skills, Mika is into designing and helping her customer take important financial and personal decisions. On the other hand, her husband Brian is the brawns of the organization and likes to keep his hands dirty in construction.

Brian is the step-father to Mika Kleinschmidt’ daughter: Who is her biological dad?

No, they don’t have any biological children between them. Nevertheless, Mika and Brian do take care of one child and that is Mika’s daughter, Jade, from her previous relationship.

Mika gave birth to Jade on February 23rd, 2009. The identity or the name of her biological father is kept behind closed doors. In addition to that, Mika’s relationship with Jade’s father is also hidden from the general public.

Although Jade is Brian’s step-daughter, he still loves her like his own. Many times Brian has even mentioned that Jade is one of the best things that ever happened to him. From the statement alone we can make out the word step is just a word and nothing else. Moreover, Brian calls himself Jade’s bonus dad, as a way of expressing his love for her.

Besides, Mika and Brian usually take out time to hang out with their daughter. They might be busy in their career but they also understand how valuable this time is for their daughter and themselves.

She was born Mika McGee on March 30th, 1982, in Florida, the United States. She is the daughter of Thomas McGee and Yolanda Pozzi. Her parents have been separated for a long time.

Mika spent the major portion of her childhood in Riverview, Florida. Her father Thomas’ profession isn’t known, however, Mika once mentioned her father works in the middle east back in 2020.

As for her education, she graduated from Riverview High School. During her time in high school, she was found active in choir and varsity softball. It was during one of these choir classes that she and Brian met for the first time.

After she graduated from high school, she enrolled in the University of South Florida. She studied Bachelor in Communication, Mass Communication/Media Studies. She finished college in the year 2007.

How many siblings does she have?

Mika has in total three siblings, one sister, Brittany McGee, and two brothers, Tom Ace, and Dontae McGee. Her youngest brother, Dontae is her half-sibling from either one of her parent’s other relationships.

Mika is quite close to all of her siblings. She usually shares pictures with her siblings on the occasion of National Siblings Day or any other day.

All of her siblings are also close to her daughter Jade as well. Safe to say, the McGee are a happy bunch.

How much is Mika Kleinschmidt’s net worth?

On the other hand, her husband is worth $1 million. He also earned the majority of his income from his role in the series, 100 Day Dream Home.