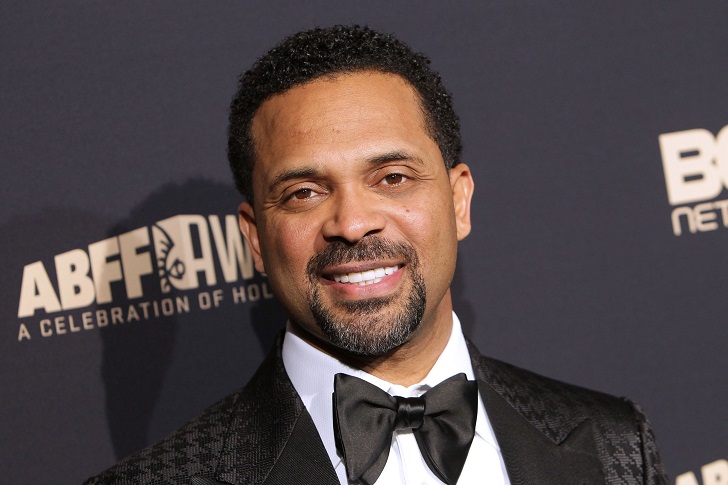 Actor Mike Epps gained widespread fame after portraying in Next Friday and its sequel, Friday After Next. Besides his roles in movies and TV shows, Mike also made headlines after marrying his second wife Kyra Robinson, just two years after his divorce with Mechelle McCain.

Epps shares one child with his second partner. He is also a proud father of four daughters from a past relationship.

Let’s know how the married life of newly minted couple Epps and Robinson’s is going on. Here is also the exclusive details of his past relationships.

Mike Epps and Wife Kyra Robinson Epps: They Are Married Over a Year

Mike tied the knot with his girlfriend of a few years, Kyra on 23rd June 2019 at the renowned Pelican Hil Resort, in Newport Beach, California. Prominent celebs like Snoop Dogg, T.I. and Tiny, and Doug E. Fresh were the special guests.

Mike Epps’ wife Kyra is a famed producer. She currently works on the hit show, Iyanla Fix My Life with the OWN network.

Mike And Kyra’s Engagement: How Did They First Meet?

Mike Epps got engaged to Kyra Robinson in May 2018. Kyra announced the big news via her Instagram on 2nd April.

Sources suggested that the couple first met at an airport in late-2017. The two remained close friends for a few months before things started becoming pretty romantic between them.

Happy Parents of a Newly-Born Daughter

Mike and Kyra welcomed their first child, a baby girl named Indiana Rose Epps on 12th March 2020. He announced his monumental moment with a caption for his millions IG fans: writing

Allow us to introduce to you our newest addition to the family……..INDIANA ROSE EPPS she rollin her eyes all ready. We are so greatful God thank you for a healthy baby!

On the other side, Mike Epps’ wife Kyra also took to Instagram to share the happy news. She wrote, My Indiana Rose Epps! 9 pounds 12 ounces on 3/12. Mommy loves you beyond what I can understand

The power couple announced that they were expecting their first child in December 2019. Kyra shared a number of photos on her respective Instagram page showcasing her visible baby bump.

Mike Epps married his first spouse Mechelle McCain on 28th July 2006. Sources report they first met during the shooting of the 2003 movie The Fighting Temptations. After a few years of dating, the couple decided to take their relationship to the next level.

In Jan 2016, Mike filed for divorce from Mechelle, citing “irreconcilable difference.” After their divorce finalized in Sep 2017, the court ordered Epps to pay $25,000 a month spousal support to Mechelle for six years. Mike later started dating his then-girlfriend Kyra Robinson.

Mike’s has two daughters from past affairs

Mike Epps has five children, all girls. Bria Epps, 27, is his eldest daughter. She was born on 9th May 1993. The detail of her biological mother is yet to be revealed. Bria is a makeup artist by profession and has over 40.4k followers on her Instagram.

Who Is Mike Epps? His Relationship With Parents, Wife, & Children