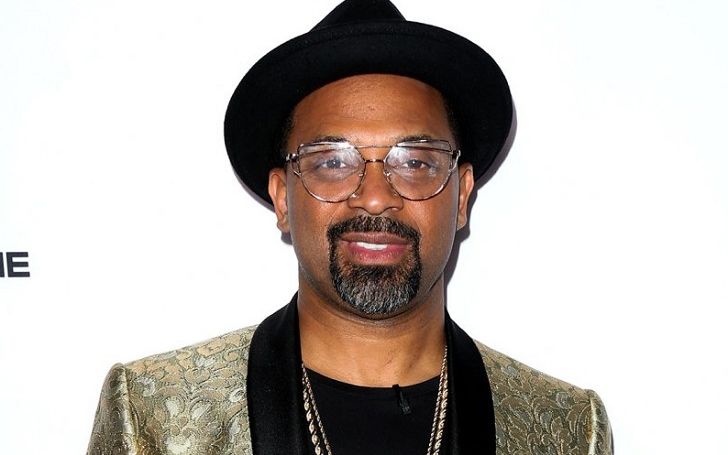 Who Are Mike Epps’ Parents?

Mike Epps was born on November 18, 1970, in Indianapolis, Indiana. He is the son of Tommy Epps (father) and Mary Reed (mother).

Epps holds an American nationality and belongs to mixed ethnical background. He graduated from the Arsenal Technical High School.

In 1994, Epps made his way to Brooklyn to appear in HBO’s Def Comedy Jam.

He Shared a Cute Picture of His Father

Mike is very close to his father and shares a great bond with him. The popular stand-up comedian Mike shared a beautiful photo with his father on father’s day.

Like son, his father too looked as youthful in a cap and a cool hoodie. Check out the pic here.

No doubt, their picture together is pretty suggestive of their love for each other.

Mike Epps made his on-screen debut with a role in a 1997 film, Strays. The actor made his breakthrough after his portrayal in the highly successful movie, Next Friday. He shared the screen in the project along with Ice Cube.

Besides, Epps rendered the voice to many movies such as Dr. Dolittle 2 and Open Season 2 as well. He gained worldwide fame after landing the role of  Lloyd Jefferson “L.J.” Wade in Resident Evil: Apocalypse in 2004. Similarly, the actor reprised the role in Resident Evil: Extinction in 2007.

Has Been Married Twice: Who is Mike Epps’ Second Wife?

His wife Kyra currently serves as a producer of the hit show, Iyanla Fix My Life with the OWN network.

When did Mike and Kyra First Meet?

According to some sources, Mike Epps first met his future wife Kyra Robinson at an airport in late-2017.

The couple got engaged in the following year.

Mike and Kyra have welcomed their newly born daughter named Indiana Rose Epps on March 12, 2020. In late 2019, the two announced that they were expecting their first child together.

Kyra also posed a series of pronounced baby bump photos on her Instagram.

The two, however, separated in Jan 2016 and their divorce was finalized in Sep of 2017.

Mike also has two other daughters, Bria Epps (b on 9th May 1993) and Makayla Epps, born in 1999. Bria is a professional makeup artist.

Mike Epps has collected a decent amount of net worth from his multiple professions. As per Celebrity Net Worth, Epps’ net worth is $5 million.

All About Mike Epps and his Wife Mechelle McCain: Welcomed Their First Daughter