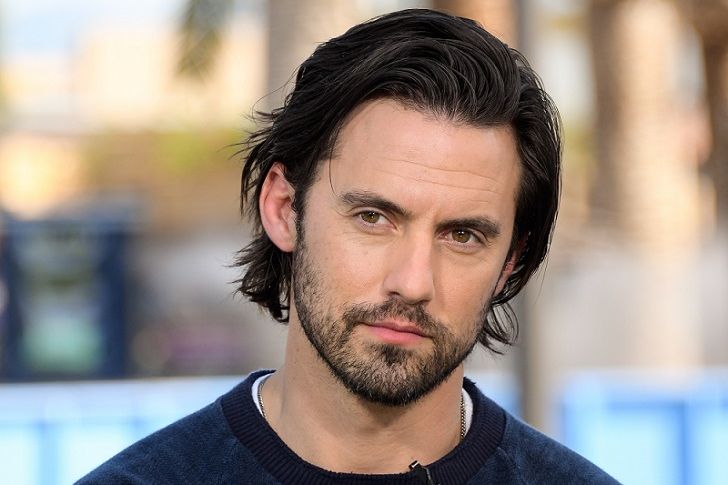 Who are His Parents? Does Milo Ventimiglia Have a Brother?

Milo Ventimiglia was born on 8th July 1977, in Anaheim, California. He is the son of Peter Ventimiglia and Carol Ventimiglia. His father is a Vietnam War veteran. The actor has quite a close relationship with his father and mother.

When the interviewer asked him about who inspires him the most, Milo said of his father, “There’s not a moment in my life where I don’t think about how he raised us, my sisters [Laurel and Leslie] and I … So, my dad.”

Milo has two older sisters Leslie Ventimiglia and Laurel Ventimiglia but doesn’t have a brother.

Milo was born with a Crooked Mouth

Ventimiglia was born with a ‘crooked mouth’. He was born with the dead nerves that caused the left side of his mouth to remain immobile. Hollywood legend Sylvester Stallone also has the same case with whom Milo worked together in Rocky Balboa.

Ventimiglia holds an American nationality and belongs to a mixed ethnical background. His doting mother is of English and Scottish descent and his father is of Italian-Sicilian descent.

He attended El Moderna High School in Orange, California, and completed his graduation in 1995. At that time, Milo was also involved in several school productions as well as interested in wrestling.

Ventimiglia later went on to study acting at the American Conservatory Theater. Subsequently, he enrolled at the University of California, Los Angeles.

Milo Ventimiglia landed his first professional role in the TV series The Fresh Prince of Bel-Air in 1995. A year after, he appeared in two TV projects Sabrina, the Teenage Witch, and Saved by the Bell: The New Class.

Ventimiglia became the household name when he snagged the role of brooding teen Jess Mariano in a highly rated TV series Gilmore Girls in 2001. He appeared in the show until 2006 sharing the credit alongside Alexis Bledel (his former on-screen and real-life girlfriend), Melissa McCarthy, and Keiko Agena as well.

Contributing to the American TV industry, Ventimiglia subsequently featured in many other acclaimed projects. From 2006-10, the actor portrayed Peter Petrelli on NBC’s Heroes.

As of 2021, Milo features on NBC’s This Is Us. He plays Jack Pearson, the first husband of Rebecca Pearson played by Mandy Moore in the series. Jack and his former wife Rebecca have three children Kate, Kevin, and Randall.

Besides his accomplishments on TV, Milo has also become a part of many successful films. In 1997, he made his silver-screen debut with a role in the movie Boys Life 2.

Along with his splendid career in the industry, Milo Ventimiglia also has received many accolades. He got three Emmy Award nominations for his breakout role in This Is Us. He won a Teen Choice Awards and twice Screen Actors Guild Awards for the same role.

Milo is a devout Philanthropist

Mandy Moore is his former TV Wife, Are They Really Special in Real Life?

Milo Ventimiglia is yet to be married. But, Milo Ventimiglia currently plays Jack Pearson, husband of Mandy Moore‘s character Rebecca Pearson in This Is Us. Milo and his former on-screen wife Mandy also have two children Kate and Kevin. In real life, Milo and Mandy are good friends.

At the moment, Mandy is also engaged to her fiance, Taylor Goldsmith.

Milo Ventimiglia was previously involved in a number of romantic relationships with his co-stars. He dated his Gilmore Girls co-star Alexis Bledel for nearly four years from 2002-2006.

It was in late 2001 when the couple first came across. At the time, Alexis just joined the cast of the show Gilmore Girls. Milo and his then-girlfriend Alexis started dating in Dec 2002. Their relationship, however, did not last long and they split in June 2006.

In December 2007, Milo started dating Hayden Panettiere. They broke up after two years of dating in Feb 2009.

Ventimiglia previously also dated Kelly Egarian, a marketing coordinator. The couple made their relationship official in Sep 2017 when the two attended the Emmy Awards ceremony together in Los Angeles.

In 2019, Milo rumoredly had a relationship with Diane Guerrero, an actress. But as per People, they’re just close colleagues.

Is Milo Ventimiglia Married? The truth About His Wife & Girlfriends