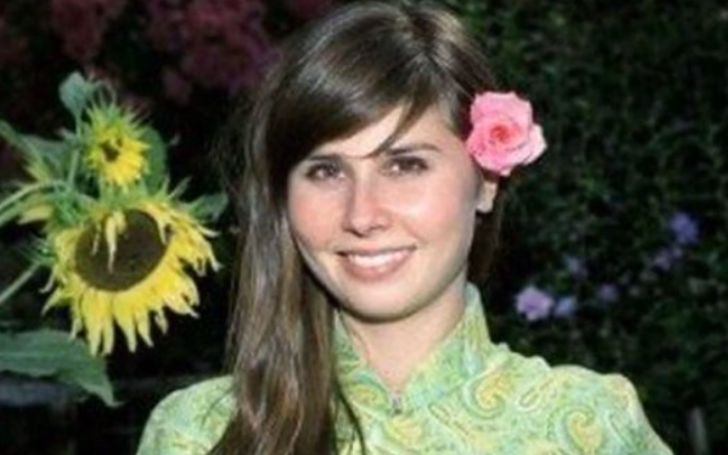 Molly Elizabeth Brolin is the only daughter of the Traffic star, James Brolin, and his former actress wife, Jan Smithers. This 35-year-old has an identity of herself, besides just being the daughter of two famous celebrities. Can you guess what that is?

Molly has a career as a producer and assistant product manager. She has done some remarkable jobs in hit Hollywood films like Men in Black 3 and Royal Hearts. As well as that, Molly has also explored her artistic talent through stage production. She surely is the talented daughter of the two most talented actors.

Therefore, in this article, we will dive deep into the life of Molly Elizabeth Brolin. So, who is she? Did she actually graduate from Berkeley University? Let’s find out together!

Molly Elizabeth Brolin is the Sole Daughter of James Brolin

Molly Elizabeth Brolin was born on November 28, 1987, in California, United States. She is the only daughter of Hollywood star, James Brolin, and his ex-wife, Jan Smithers. She is the only girl child in her house. Molly has 3 brothers in total – Josh Brolin and Jess Brolin are her half-brothers and Jason Gould is her step-brother.

Molly’s parents, Brolin and Smithers, were very much in love when they got married in 1986. After a year of their marriage, they welcomed their beautiful daughter. The love that her parents shared allowed Molly to grow up with a fulfilling family, but it was short-lived.

Brolin and Smithers divorced each other in 1995 when Molly was just 7 years old. She and her mother then moved to the countryside where Molly spent the rest of her childhood.

Despite coming from a broken family, Molly seems to have a good relationship with her parents and the rest of the Brolin Family. She has even worked alongside her famed father, James, and brother, Josh Brolin. Furthermore, she also has a great relationship with her dad’s current wife, Barbara Streisand.

Molly’s Mother, Jan Smithers Gave Up her Career as an Actress to be a Full-Time Mom

Molly Elizabeth Brolin surely had a very loving mother. After the birth of her daughter, Jan Smithers gave up her career as an actress to become a full-time mother to Molly.

In an interview, Smithers said,

“I loved having a career, but when I met Molly, I just looked at her and told her, ‘You need me.’ And she looked at me so innocently. I thought, I have to stay! She changed my life. I really longed to be her mom.”

This later also became the reason for Smithers and her actor husband, Brolin to drift apart. However, it all worked out for the best in the end.

Furthermore, as mentioned above, Smithers took Molly with her to live in the countryside after the divorce. This is also where Molly graduated from high school. She then persuaded an undergrad at the prestigious Berkeley College of Music in Boston, while her mother moved to India to find inner peace.

Molly has a Successful Career Behind the Cameras

Molly Elizabeth Brolin, like anyone else in the Brolin Family, has a well-established career in movies. However, she has made this career by being behind the cameras rather than in the front like her celebrity parents and brother.

As mentioned before, Molly has a career as a producer and assistant production manager. She made her debut as an assistant producer in 2011 with the movie, Royal Reunion. Similarly, she has done a remarkable job in production in the hit action/comedy, Men in Black 3, followed by John Mulaney: New in Town. Furthermore, her career took a great turn after her work in the 2018 movie, Royal Hearts, starred and directed by her father, James Brolin.

In addition to this, Molly has also done a great job in stage production. She and her friend, Justin Johnston together created and produced a rock opera – Smile Swamp Princess. This was shown in the Wild Project Theatre in New York in 2013 and showcased the talent of many celebrities, including Molly’s niece, Eden Brolin.

Molly is very private about her personal affairs. She even is absent from social media and does not indulge herself in the chaotic world of the Internet. Therefore, it is very hard to know whether this 35-year-old daughter of a celebrity is in a relationship, married, or just single.

She must just be focusing on her job as a movie producer, or planning something big for herself, because of which, she must not have enough time on her hands to date.

Regardless, we should leave her as she is and respect her private space. On the other hand, her half-brother Josh is happily married to his third wife, Kathryn Boyd Brolin since 2016. He was previously married to Diane Lane from 2004 to 2013 and Alice Adair from 1988 to 1994. Additionally, he is a father of four children, Eden, Trevor, Chapel Grace, and Westlyn Reign Brolin.

Molly Elizabeth Brolin Comes from a Family of Multi-millionaires

By now, it is very clear that Molly comes from the renowned Brolin Family. Almost everyone belonging to this family is in showbiz, including Molly Elizabeth Brolin herself. This makes the total income of the whole family to be a whopping $500 million dollars.

As of today, we do not know what the actual net worth of Molly is, however, it is obvious that with the $500 million dollar income of her family, Molly has a splendidly expensive lifestyle.

Even her mother, Jan Smithers, who is a retired actress, has a net worth of $6 million. Thus, Molly, with her career in production, must have a life we all desire for ourselves.