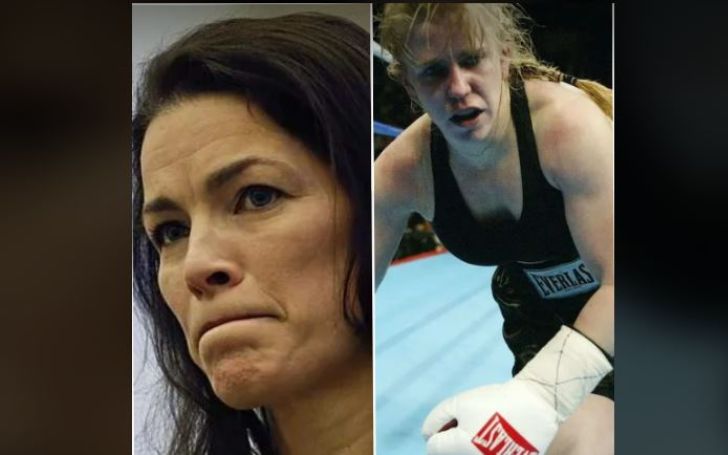 Nancy Kerrigan and Tonya Harding are the two main people from the 1994 scandal in the sports of figure skating that gripped the whole nation. It all started when Kerrigan, a fellow skating competitor was struck in the knee in Jan 1994 some moments before that year’s US Figure Skating Championships in Detroit.

The beating that Kerrigan received reached the ears of many people around the world. This instance of sabotage and the subsequent trials would become the hot topic of several news journals and pop cultures for many years. The case is now famous as “the whack heard around the world.”

Tonya and Kerrigan’s case became one of the greatest athletic soap operas to have existed in modern sports history. Tonya has been more vocal over the years about the infamous incident than Kerrigan. Every time the topic comes up, it leaves people with a few questions including what the two main people involved in it are doing now and what each of their thoughts is about the bygone days.

As mentioned it happened on Jan 6 1994 after a practice session in Detroit. The attacker hit Kerrigan in her right knee with a club leaving her wailing in pain. This was two days before the Olympic trials which Nancy obviously couldn’t attend because of the assault.

After that, fellow competitor Tonya would win a spot on the 1994 US Olympic figure skating team. Soon after the men who hurt Kerrigan, Jeff Gillooly (also Harding’s then-husband), and her bodyguard Shawn Eckardt were arrested. This led investigators to suspect Harding as well.

Tonya eventually would stand guilty for having her part in the assault and the court charged her with “conspiracy to hinder prosecution.” As a penalty, she had to pay a $160,000 fine in addition to three years of probation. But the biggest shocker to her was that the US Figure Skating Association banned her for a lifetime and revoked her all previous titles.

Nancy Kerrigan And Tonya Harding’s Life After The Incident

Tonya after the incident tried her luck in music but it didn’t prevail. Later she became a professional boxer. It however wasn’t for a long stint either. Tonya nevertheless won a few or two matches while in it. She apparently quit because of her health problems. Harding next released a biography titled, The Tonya Tapes. This was in the year 2008. Years later in 2017, she agreed to a biopic deal that had actress Margot Robbie playing her character.

In an interview with Ellen Degeneres in Feb 2018, Harding revealed she is still active in skating and practices three times a week. More recently, Tonya seems busy with her Cameo gigs or so says her social media.

On the professional front, Kerrigan, more recently, has been working in the entertainment and television sector. Since the incident, she has been seen on several hit networks including SNL and Boy Meets World. Since then she has had cameos in shows like Skating With Celebrities and others. Kerrigan also served as a special correspondent for the 2010 Winter Olympics.

In 2016, the Massachusetts-born ex-athlete appeared in an episode of the television program, Flea Market Flip. The following year she appeared in Dancing With The Stars. That year she also became a guest on Keeping Up With The Kardashians. In 2018, Kerrigan became Inside Edition’s Super Bowl correspondent.

Nancy is also the author of a book called Artistry On Ice. She in the meantime also keeps herself occupied with gigs for a corporate sponsor.

Speaking of 2022, Kerrigan, according to her Instagram, was seen having fun at the Winter Sports Festival, in Utah presumably with her family in February. In the summer, she was advocating a program Olympians for Ice Dreams at Wilmette Centennial Ice Rink in Wilmette, Illinois.

Nancy And Tonya; Their Married Life; Where Do They Live Now?

Harding is now 52 years old while Kerrigan is 53.

This year in June, Harding celebrated her 12th anniversary with her husband Joseph Jens Price also Joe. She posted about it on her Instagram with an old picture of herself and her spouse with a caption,

Happy anniversary to my loving husband of 12 wonderful years thank you for your love trust and faith in me I love you today tomorrow and always.

Joe and Harding have been husband and wife since 2010. Tonya and her husband, Joseph tied the knot on June 23, 2010. A year later the couple welcomed their first child, Gordon on Feb 19, 2011. Harding and her family reportedly live in Vancouver, Washington, according to some recent reports.

Unlike Kerrigan, Harding is quite obvious and more in touch with people, especially through her Instagram. On the image-sharing platform, the Oregon-born former figure skater goes with the handle @therealtonyaharding.

Like Tonya, Kerrigan too is married. She and her husband/agent, Jerry Solomon have three children together. Solomon and Kerrigan married each other on Sep 9, 1995.

It was Nancy’s first while Jerry’s third. The couple’s first child Matthew was born in 1996. They had their second, Brian in 2005 and third Nicole in 2008. Kerrigan once revealed that she went through six miscarriages in eight years. She went through all these while attempting to have three kids. Nancy along with her family supposedly resides in Lynnfield, Massachusetts.

How Rich Are Each Of Tonya Harding And Nancy Kerrigan? What Are Their Net Worths

Tonya unfortunately would have limited career options after that infamous incident. It’s safe to say, the scandal did have an impact on a lot of her potential would-be earnings. She nevertheless reportedly has an estimated net worth of over $150,000. After the 1994 fateful night, Harding would earn her living by giving interviews and appearing in reality shows. She reportedly made $600,000 for a 1994 appearance on Inside Edition. In the years that followed she kept on making at least tens of thousands of dollars by sitting in the q and a’s. There was also those profit and other deals she would get from the 2018 biopic I Tonya.

On the other hand, Tonya’s former professional rival, Nancy Kerrigan happens to be significantly richer than Harding. She reportedly is a millionaire with a net worth equivalent to the north of $10 million. Understandably most of Kerrigan’s fortune comes from her career as an athlete however much like Harding, Nancy, too, has publicity and people’s sympathy to thank for. In the years since she became a victim of a horrific assault, Nancy has made headline-worthy appearances in landmark TV shows, news, and others.

Are Nancy And Tonya Friends?

Kerrigan has talked about the incident but she has shared her thoughts on it only a few or two times. And she does have differing views than Harding on what happened. When talking about the assault she bore, Kerrigan, in Feb 2014 told the New York Post,

It’s sad, the bizarre craziness that all transpired. It’s too bad because she’s talented.

The actress/director/correspondent said she still questions, “Why me?” She also says that the moment “just changed everything (for her).”

Kerrigan apparently also refused to see I, Tonya. While she didn’t specify reasons for that but in Jan 2018 she told Boston Globe that she was “busy living her life.” She reportedly also found it odd that Tonya was seemingly seeking redemption through a film.

On the other hand, Harding to this day insists she is innocent and that she has apologized so many times. In an interview with NBC’s Mary Carillo, Tonya said that Kerrigan stopped being worthy of her time long ago. The ex-boxer declared while she proved her innocence, people still think she was the one behind all of it.

Tonya however in 2009 told Oprah that she wished she could hug Nancy and tell her that it was a brave move from her to move on from what happened.

Whatever the case, it’s safe to say Harding and Kerrigan could be anything to one another but friends. In fact, even before the scandal, Nancy and Tonya hardly qualified as friends. They were just professional acquaintances.

How Much Is Jack Sock Net Worth? His Salary, & Short Career

What Happened To Latarian Milton? Is He Serving Prison Sentence? Full Bio