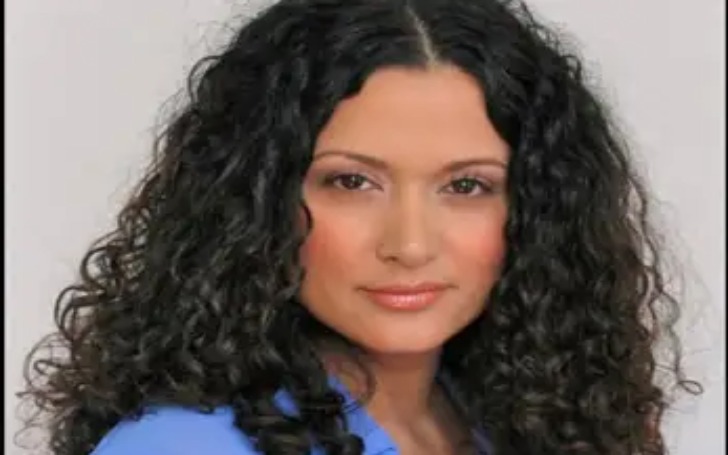 Lisa Rodriguez is a famous actress who is known for her movies like  Dark Angel, Killers In My Room, and many more. The actress gained major fame after her role in the movie Next Friday.

Besides her movie career, Lisa has also been in the media because of her love life. Her fans and followers are curious to know whether the actress is dating. Well, who is Lisa’s boyfriend? What is the actress currently doing as of 2022?

Well, we are right here for you to answer all your queries. You will find everything you wanna know about the American actress Lisa Rodriguez in this article. Stay till the end to find out other interesting facts about her.

Rodriguez was born on December 9, 1978, and is currently 44 years old as of 2022. As per her Facebook handle, the actress is originally from San Francisco, California, and holds American nationality. Her zodiac sign is Sagittarius.

Talking further about her family, her mother passed away when she was still young. Although there are not many details about her family she mentioned on her social media handle that she also has siblings and that she was very close to her father. She also mentioned that her father follows the Muslim religion. Besides, she has a little sister who had brain surgery.

Going through her social media platforms, we can find out that Lisa completed her schooling and high school at McAteer High School.

Furthermore, she also completed her higher education at San Jose State University. Reportedly, she graduated with a degree in classical civilization and has also studied Marina Biology.

Lisa mentioned in one of her posts that her father had a very tragic death due to Covid-19.  She also shares that she feels guilty for not being able to save her father. On Sept 7, 2021, she posted her father’s picture wishing him a happy birthday and mentioned how sad she feels about her father’s demise.

She shared that the doctors didn’t provide him oxygen due to Covid-related problems and his diabetes also dripped. She further explains that she was unable to save his life even after going to three to four hospitals and nursing homes. Furthermore, she also mentioned that her father had a Muslim burial.

Lisa rose to popularity in the early 2000s after she started appearing in different movies like Next Friday and Dark Angel. Although she only appeared in a few movies, she was able to make a special place in the audience’s hearts. She started getting recognization after playing the lead role in the 2000 film Next Friday.

After that, she started getting more opportunities in the Hollywood industry. She has also appeared in commercials and advertisements.

She played the lead role in the comedy movie Next Friday. It was a movie about a man who flew from South Central Los Angeles heading toward the suburbs with his lottery-winner uncle and his cousin. They moved from that place to avoid the neighborhood thug who escaped from the prison.

This movie was loved by the audience and it was rated 6.1 on IMDb. Lisa’s appearance was noticeable in this movie as she had given an amazing performance in it. Furthermore, the movie was also nominated twice for MTV movies and TV awards.

Over the last few years, Lisa has appeared in numerous other movies and TV series. With the success of the 2000 film Next Friday, she appeared in the short movie Saying Grace.

Shortly after that in 2019, she was seen in the 2019 short movie Boy, Hans, and in The Christmas Coat in 2021. As of now, she is set to appear in Killers in My House, where she will portray FBI agent Angela Waters. The movie is currently in the pre-production phase.

What is Lisa Rodriguez Currently Doing?

As per Lisa’s social media handle, she is currently working as a freelancer. She has also mentioned it on her Instagram bio. She often writes and makes money out of it.

Is She Married To Anyone in 2022? Her husband

Going through Lisa’s social media handle, we can see that she is not in a relationship with anyone as of 2022. She has not mentioned anyone as her boyfriend or husband on her social handle yet. Although she was in a relationship previously she has not openly spoken about her children’s father yet.

In conclusion, the 44-year-old actress Lisa Rodriguez is currently single and not dating anyone as of now. She also doesn’t seem to have any plans to tie the knot anytime soon.

Lisa Rodriguez is the Mother of Her Two Kids

Lisa is the proud mother of her two kids. She has one daughter named Sophie who was born on August 31, 2005, and a son named Joshua. She often shares her time with her kids on her social media handle. Her children are still in their school and she is often seen traveling with them.

Next Friday’s Actress Lisa’s Net Worth

Lisa Rodriguez has been able to amass quite a good amount of fortune through her acting career. She has also been making a good amount through freelancing. As per sources, her estimated net worth is $2 million.

Furthermore, she has been making a good amount of money through her only fans account. Lisa has been available on OnlyFans for a long time and has been able to make more than a million from the platform.

Lisa seems to be quite active on her social media handle. She mostly maintains good engagement on her Instagram handle with more than 6.7k posts and more than 25k followers under the name @lisa6444. Furthermore, she is also available on platforms like Facebook and Twitter.