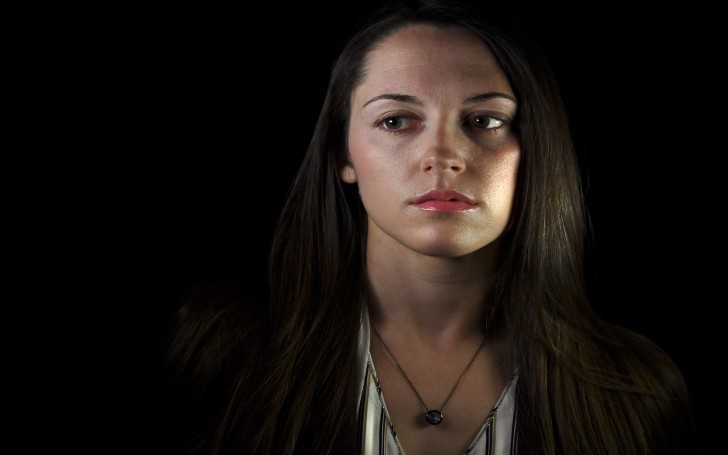 Nichol Kessinger is an ordinary American lady who came into the limelight as the girlfriend of the notorious murderer Chris Watts. Her then-boyfriend was found guilty of killing his pregnant wife and two other daughters in August 2018. But before Watts pleaded guilty, the infamous criminal claimed that his partner Nichol was also involved in the family crime.

Well, the story is quite horrifying and can bring chills down the spine. A lot of people want to know the truth behind the murder and whether or not Kessinger was involved in the case. Also, know what did Nichol do before meeting her partner? Where is Chris’ mistress today?

Here are a lot of hidden facts and mysteries about Nichol Kessinger. So, explore all the answers to these questions surrounding Chris’s mistress in the following article!

Who is Nichol Kessinger? Details On Her Parents

Kessinger is the ex-girlfriend of Chris Watts. She was born in 1988 in Colorado, the United States. There is not much information available about her childhood. But, her father’s name is Dwayne Kessinger. He is an electrical engineer.

Further talking about her dad, Dwayne went to Red Rocks Community College and obtained his engineering degree. He then started his career working as an Industrial Electrician in 1984. He also worked as Engineering Manager for RK Mission Critical from 2017 to 2021, and as Electrical Controls & Power Engineer from May 2021 to Feb 2022. Similarly, Kessinger currently serves as an Electrical Engineering Specialist for Easter-Owens Electric Co.

Talking about her college, Kissinger graduated from Colorado State University in 2013 with a degree in geology. Moreover, Nichol earned an Associate Degree in the field of Geological and Earth Sciences and Geosciences from the Community College of Aurora.

What Did Nichol Kessinger Do?

Soon after graduating, Nichol started working as a bookkeeper. She also worked as a field engineer. Nearly a decade after her abovementioned roles, Kissinger landed her job as an MWD Field engineer at Halliburton.

She also became a Project Manager at RK Mechanical. Furthermore, she worked for Anadarko Petroleum and it was also where she met her boyfriend for the first time. She there used to handle the environmental department. However, she was fired from the job a few days after her partner CW.

When did Nichol Kessinger Meet Chris Watts? Their Short Relationship

As we mentioned above Kessinger met her then-beau while working together for Anadarko Petroleum. Kessinger was working in the environmental department at the time, while Watts was working as an operator. She told Denver Post Watts with other operators would always wait in the office break room, before going to work. But Nichol never spoke to him.

Later in the middle of June 2018, Watts himself came to her office room and it was where the two were introduced to each other. At the time, although Watts was still married to his then-wife Shanann Cathryn Rzucek, he didn’t wear any wedding ring which left a positive impression on Nichol.

They soon started meeting often each other in the office. After some time, Chris also told her that he just separated from his wife. He further revealed that he is the father of two kids with his then-spouse.

The first time, they came across off-duty was in late June. At the time, Nichol further asked him about his divorce proceeding with his wife. He told her their divorce was almost finalized and they were only trying to settle their financial issues though he was legally married to his spouse at that time.

Gradually by early July of the year, they also started to have an intimate relationship. They used to meet four or five times a week. In late July, Chris called his girlfriend claiming that the divorce was finalized.

The Reports of Chris Watt’s Wife and Daughters Missing

On August 13, 2018, the news of Chris’ wife and daughters missing was reported by Nickole Atkinson, a friend of Shanann Cathryn Rzucek. Atkinson who was concerned about her missing obstetrics and gynecology appointment also didn’t answer her calls and text messages.

When Atkinson went to Shannan’s home, she tried the doorbell and knocked a couple of times. But after no one answered, she called Chris who was working and informed Frederick Police Department. Watt’s told Denver7 that he saw his wife and daughter sleeping when he left for work at 5:15 am that day. But when he returned, they were gone.

However, further investigation showed that Shannan had left the house without taking any of her belongings including her phone, purse, and car. This made police suspicious of Chris because his story didn’t line up.

Nichol was the One Who Contacted the Police and the FBI

On August 13, 2018, after his family disappeared, Chris texted his girlfriend saying his family was gone. He told Nichol that his wife had taken their kids on a play date and hadn’t returned since then. Seeing his casual response, Kessinger was a little worried but let the thing slide. However, later that evening, reporters came to Chris Watt’s residence and the true story was in front of everyone.

Nichol found out that her then-boyfriend was lying to her about the divorce and that his wife Shannan was 15 weeks pregnant. The same night, to confront him and clarify the situation about the disappearance, she made lengthy phone calls and text messages.

Furthermore, talking with The Denver Post, Nichol later told that Chris showed no concerns regarding the disappearance. Whenever she asked him about his missing family, he kept avoiding the questions and tried to change the subject.

It got to a point that he was telling me so many lies that I eventually told him that I did not want to speak to him again until his family was found.

After hearing what Chris had to say about his missing family, she grew suspicious and called Weld County Sheriff’s office to come clean about their relationship and the lies he told her. Kessinger also contacted the FBI saying “With a pregnant woman and two children missing, I was going to do anything that I could.”

Nichol Kessinger Deleted Some Messages: Was She Involved in the Murder?

In an interview with the investigators of the case, it was mentioned that Nichol deleted some of the messages she sent to Chris which is quite odd and a big question of whether or not she was involved in the murder.

However, in a two-hour long interview, she clarified it by saying:

“I was just kinda grossed out by him. I didn’t know what was going on right now. You just lied to me and I don’t wanna see this come over my phone again. So I removed it. I deleted all of his stuff because he lied to me. It was the hurt that made me delete it.”

There is no evidence of her being mixed up in the disappearances, but many people thought that she was full of guilt during the interview.

Similarly, there were many flaws in her story, the reports show that she was searching for wedding dresses online only after dating him for around two months. But whatever the case may be, investigators couldn’t find any evidence leading her to be involved.

However, some people still believe that she is equally guilty and her affair with the murderer also led to various backlash. Later on, the media portrayed her as a “home-wrecker” and others named her “murderer mistress.”

Watts gave a very heart-warming interview before admitting to murdering his wife and daughters in cold blood. He said he had an emotional conversation with his wife before she went missing.

Chris in an interview with NBC news said, “I don’t feel like this is even real right now. It’s like a nightmare I can’t wake up from. Knowing they could be in trouble, it’s earth-shattering.”  Furthermore, in an interview with Denver7, he talked about his three and four years old daughter saying “My kids are my life. I mean those smiles light up my life.”

Chris Watt was arrested on August 15, 2018, for the murder of his pregnant wife Shannan and daughters Bella and Celeste. He was found guilty after an interview in which he failed a polygraph test aka lie detector test and confessed to murdering them.

However, before confessing, Nichol’s boyfriend claimed that Shanann killed their children after he requested to have a divorce. So, out of rage, he killed his wife. The liar said he saw on the baby monitor that his daughter Bella was on her bed, blue in the face. His wife was strangling Celeste. Watts went downstairs and choked her to death.

When asked what he did with the bodies, he told the police that he took the three bodies, loaded them in his truck, and drove to his work site in Anadarko Petroleum Corporation. Watts hid Shannan’s body near two oil tanks and his daughters inside one of the oil tanks. The investigators found the missing bodies in Anadarko Petroleum on August 16, 2018.

Moving on, the cold-hearted murderer was charged with four counts of first-degree murder on August 21, 2018. After a plea deal, he was sentenced to five life sentences without any possibility of parole.

Netflix released a documentary related to the murder of Shannan Watts, her two daughters, and an unborn child by her husband Chris Watts. The horrifying murder story aired on September 30 2020 and the movie was titled “American Murder: The Family Next Door.”

Where is Nichol Kessinger Now? Her Life After the Watts Family Murder Case

After giving her statement to the Colorado Bureau of Investigation, Nichol has disappeared ever since. There is no information on her whereabouts or what is she doing now. However, many believe she has entered a Witness Protection Program. She also said, “I would not be surprised if it’s going to be hard to go out in public sometimes for a couple of years.”

Reportedly, Nichol is trying to live a new life under a new name.

10 Insane Serial Killers Of All Time: The List Will Blow Your Mind