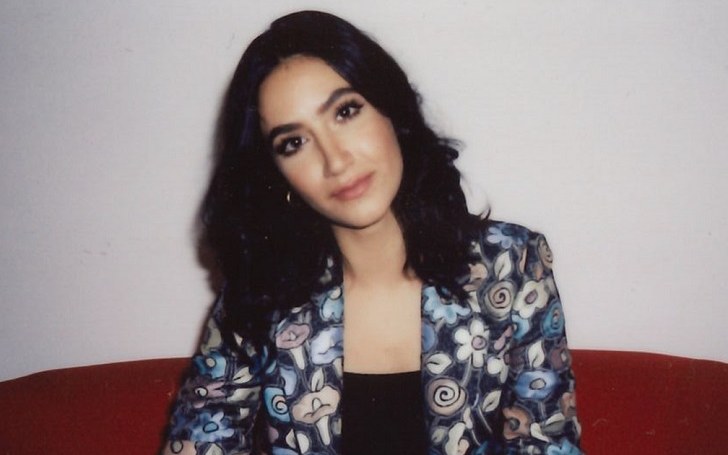 Nikohl Boosheri is a Pakistan-born-Canadian actress widely known for her political and culturally relevant roles in both movies and TV shows.

Besides, talking about her love life, the actress is dating her musical artist boyfriend Wild the Coyote. Here are some other interesting facts about Nikohl.

Boosheri was born on 3rd Sep 1988, in Pakistan, to Iranian parents. Just a few days after her birth, the family moved to Iran.

Her parents then relocated to Canada when Nikohl was just 2-month old.

Besides, Boosheri claims her mother is an open-minded woman. On 11th December 2015, the actress posted a young photo of her mother on Insta. Her family still lives in Canada where Boosheri also celebrates Norouz every year.

Nikohl has Canadian nationality and is from a mixed ethnical background of Iranian and Pakistani.

Dropped Out of School: Suffered from Racism at School

Nikohl grew up in Ontario before making her way to Vancouver, in British Columbia to study acting. However, she later dropped out of school.

She told, “In primary school, I was the only colored person and I even experienced some racism.”

Nikohl has a Few Tattoos

The Bold Type star has gotten a few tattoos on her body one of which is a crescent moon tattoo on her upper arm.

The actress also has inked a small tattoo on her left forearm. Needless to say, Boosheri has this deep love for tattoos.

Nikohl kicked-off her acting career playing an assistant in an episode of Tower Prep in 2010. She also performed in several theatrical plays. While she was in theatre, an agent scouted her and offered an audition for the 2011 movie Circumstance.

Her role Atafeh Hakimi, a young Iranian in love with her best friend Shireen (played by Sarah Kazemy) in the movie brought her lots of acclaim. The film focuses on homosexuality in modern Iran and every part of the project was filmed in Lebanon.

It was also the first visit for Nikohl outside of North America. The role in a movie won her the Best Actress Award at Noor Iranian Film Festival.

Boosheri became the household name among TV fans when the actress portrayed Adena El-Amin in the TV series The Bold Type. She has appeared in the series since 2017 along with Meghann Fahy and Aisha Dee.

Moreover, in 2012, the actress played Laura Kellog in Continuum. Her other TV works include Seeds of Yesterday (2015) and Supergirl (2016).

Cites Nicole Kidman As Her Major Influencer in Her Acting Journey

Boosheri considers actress Nicole Kidman as her role model. Watching Nicole in the musical romantic drama Moulin Rouge (2001) was one of the reasons Boosheri aspired to be an actress.

She told her mom about her dream to pursue the acting career at age 15.

Boosheri also has tried her hands in songwriting too. She frequently collaborates with her musical artist boyfriend, Wild the Coyote.

Nikohl Boosheri has collected quite a good amount of money through her acting career. According to some sources, her net worth is over $500,000 in 2021.

Nikohl Boosheri is currently dating Wild the Coyote, a Los Angeles-based musical artist.  It seems the two are dating since early-mid 2015.

The couple has shared a number of beautiful photos of themself on social media.

On 26th June 2018, they were also spotted together at the premiere of Ant-Man and The Wasp at El Capitan Theatre in Hollywood, California.

The actress posted a sweet snap with her partner on Insta on 4th April 2020 and captioned it “5 years with you ❤️.”

Sources suggest that the two currently reside in Los Angeles together. The duo is yet to get engaged so marriage plans are out of the question, at the moment.

Who is Nikohl’ bf, Wild the Coyote?

Wild the Coyote is an American musician who has released several albums. In 2017, the artist came with his album called The Phantom & The Black Crow.

Besides, Coyote also runs his eponymous YouTube channel with a few subscribers.