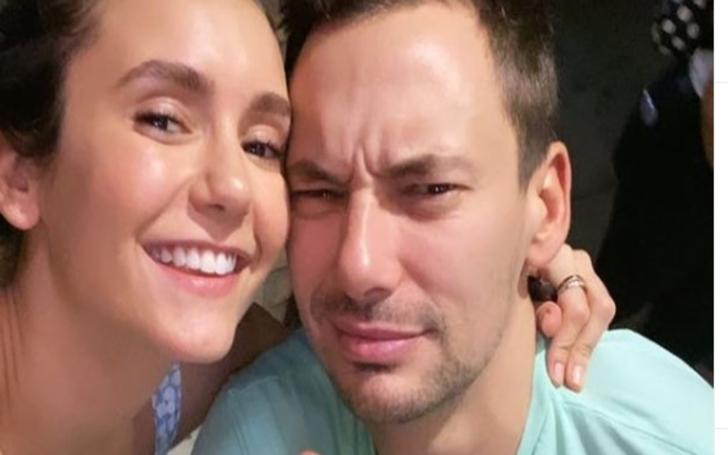 Alexander Dobrev is the elder brother of actress, Nina Dobrev. His sister Nina is known for portraying Elena Gilbert and Katherine Pierce on The CW’s supernatural drama series The Vampire Diaries.

Alex and his sister were both born in Bulgaria. Their family relocated to Canada after their home country fell into political instability.

Know how Alexander’s parents manage to raise him and his sister in their new home. Also read all the facts about Nina Dobrev’s big brother, Alexander Dobrev in the following writings.

Alexander Dobrev’s Father Was In The Army

Alexander was born in Sofia, Bulgaria, in March 1984. At 7, he moved to Toronto, Canada with his mother and sister. The same year country’s Communist regime started to collapse.

Dobrev’s father, Kamen is a computer specialist & his mother, Michaela Dobreva (née Radeva), is an artist.

Fresh out of the Bulgarian army, Dobrev’s father, Kamen had left one year earlier to secure work and save enough money to bring over the rest of the family. Kamen delivered pizzas and pumped gasoline until he secured enough funds. His mom crossed into Canada to meet his father at Niagara Falls with one suitcase and a kid in each hand.

Living in Scarborough, Ontario, a tough suburb of Toronto, the Dobrev family moved around a lot for the first few years. He and his sister, Nina used to pack their own school lunches because their mom worked multiple jobs—as a receptionist, selling clothing, whatever it took to keep the family afloat. His dad, on the other hand, went to school to study computer engineering.

Alexander Dobrev Is The Brother Of Actress Nina Dobrev

Well, as we said, Alexander is the brother of successful actress Nina Dobrev. His sister got into acting pretty early and made it big very soon. In her early teens, Alex’s sister, Dobrev began going to Toronto to try out for acting parts having just quit gymnastics. Her first big break came in 2006, when she became one of the casts on the popular Canadian teen melodrama Degrassi: The Next Generation.

She was on the show for 52 episodes, until 2009. Dobrev’s sister played a teenage mom who ultimately moved to Paris to pursue a modeling career.

Nina left Degrassi Dobrev left Degrassi to star in The CW’s supernatural drama series The Vampire Diaries, a television adaptation of the book series of the same name. She would play the lead role of Elena Gilbert.

For her role of Elena Gilbert in Vampire Diaries, Nina has won a total of eight Teen Choice Awards and three People’s Choice Awards.

Oftentimes, The Vampire Diaries fame, Nina Dobrev has shown she holds a dearest place in her heart for her big brother. She has hardly missed wishing her brother his birthdays and all. Dobrev’s sister has, on several occasions, taken to her Instagram to post pictures with her brother; be it his birth anniversary or just a reunion between brother and sister.

As evident from her social media, the actress shares a strong bond with her brother, Alexander. They have also been spotted together attending family functions, weddings, or going to a walk.

In 2015, Nina even flew him down from Canada to celebrate his birthday and her film’s premiere.

In March 2015, while talking with Cosmopolitan, Nina revealed how her brother, Alex used to get mad seeing his friends wanting to date his sister. The actress who was attending the premiere of her then-new film, The Final Girls said her brother and she weren’t very close growing up given they had an age gap of five years. But they are now.

The Xander Cage star added she and Alex grew a lot closer as grown-ups.

She said when they were younger, she was always too young to hang out with him and his friends. And then as she got older, Alexander’s friends had crushes on her and wanted to date her. The Bulgarian-born actress further stated how this used to piss off her brother. So he always had a reason not to hang out with his sister.

While Alexander’s sister, Nina Dobrev is no stranger to dating her co-stars. Since the beginning of her career, she has gone have relationships ranging from Ian Somerhalder, Liam Hemsworth, Derek Hough, Evan Williams, Ben Hollingsworth, James Marsden, Orlando Bloom, Derek Theler, among others.

In some cases, things seemed pretty serious while in others, they were nothing but bush telegraph.

As of the present, however, Alex’s little sister seems ready to take things to next level with her current boyfriend, Shaun White. The pair could be making a big commitment soon, according to US Weekly.

Nina and pro snowboarder, Shaun made their relationship official in 2020 after months of suspense and rumors.

Given that Alex is clearly in his late 30s, it’s more than plausible that he’s a married man. Or at least, he has had or is in some kind of a relationship. Nina’s brother, however, is fairly shrouded when it comes to sharing or revealing his personal endeavors to the public.

Fans might get to see a glimpse of him if his sister decides to settle with her existing boyfriend for good and all.

Well, it looks like Alex is on Instagram. Though his Insta profile is not official, there are numerous photos of him ranging from his childhood days to the present. As of 2022, there are over 3.8k followers.