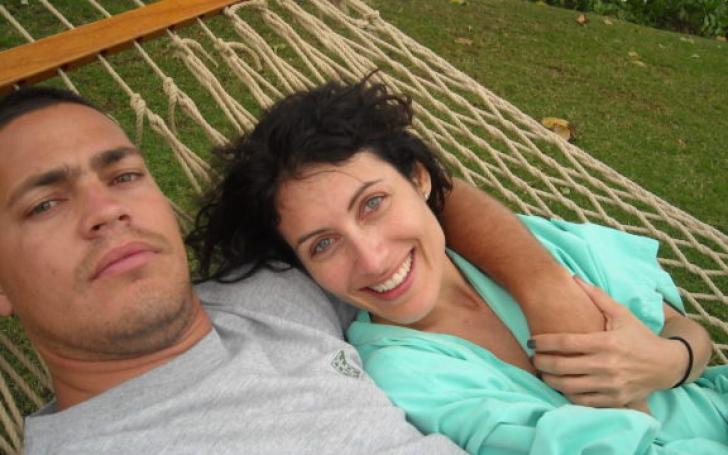 Norman Kali is famous among us all as Evangeline Lilly‘s boyfriend. The pair is in a relationship for several years and shares two beautiful children. When Evangeline first announced her relationship with him, many of us had never heard of Norman’s name before.

Nevertheless, to this day, the pair’s relationship is sailing pretty smoothly. Even so, the majority of Lilly’s fans are still in the dark as to who really is her boyfriend, Normal Kali? Is he an actor such as herself? Questions like this are common.

Well, today we’re going to try and answer as much as we can. Find out all that you should know about Norman.

Born on October 22nd, 1981, in Hawaii, Normal K Kali is the son of Anthony and Sue Kali. Norman is an American by nationality and belongs to the Hawaiin ethnicity. His ancestors all came from Polynesia. Apart from himself, his parents have another son named Paul Kali.

Both Norman and his bro Paul are quite close to each other. Though Norman himself isn’t much active on social media, his brother is active on Facebook. As for his profession, Paul isn’t involved in the entertainment industry like this brother. He has worked for McDonald’s.

Talking about Evangeline’s partner Norman’s childhood, well, he grew up in the Kauai County of Hanapepe. He spent the major portion of his life in the island state of the United States. After graduating from Waimea High School in 1999, he made his move to Hollywood.

Norman Kali Works Behind The Scenes: His Movie Credits

Norman’s girlfriend is one of the prolific actors of her generation. She made a big name for herself after starring in the ABC TV series, Lost. In the series, she portrayed the role of Kate Austen. Incidentally enough, Evangeline first came across her future partner while working in the series she is most famous for.

Apart from this, Kali’s other credit includes, as additional crew for the North Shore, 50 First Dates, The Big Bounce, as Assistant Director for Undercovers, The Prince of Motor City. Moreover, he also has two acting credits to his name, as a Laketown Spy in The Hobbit: The Desolation of Smaug, and in Off the Map as a Local Rescue Worker.

Norman Kali Is Dating His Girlfriend Evangeline For Years

For the past decade or so, the ever so beautiful Evangeline has been dating Norman. Though neither of them confirmed when they started dating, it has been speculated they started going out in 2010.

At the time of their first meeting, the actress was in a relationship with Dominic Monaghan. Nevertheless, fate had other plans for Lilly as she and Dominic broke their five-year-long relationship in 2009, and after some time, Norman came into her life.

Kali and Lilly have been rather shy when it comes to divulging much about their relationship. The actress doesn’t even share a single picture of her beau on her social media handle and refrains from speaking regarding her future husband.

Besides, the duo is yet to take the next step in their relationship. They are still in a committed relationship and not even engaged yet, let alone be married. Despite Lilly’s statement, she did marry once. She tied the knot with Murray Hone in 2003. Their marital life was rather short-lived and it ended in 2004.

Are Norman Kali and Evangeline Lilly Planning To Marry Soon?

To be honest, there isn’t any right answer to this question. Every couple who has been together for a long time definitely thinks about marrying someday, however, going by Lilly’s stand several years ago, the wait seems to be longer. So back in 2014, in an interview with the Ocean Drive Magazine, she said,

“Every other 16-year-old girl wanted to look at bridal magazines; I could not have been more bored with the notion. I have an American son and an American partner, so marriage might logistically make sense at one point. My partner is a stay-at-home father, so if he wants to be on my health plan, or taxwise, or maybe on paper we want to have our I’s dotted and our T’s crossed, but emotionally neither of us really feels the need for it. We love each other today, and we hope we’ll love each other tomorrow. In my world, I don’t believe in forever promises. I don’t think it’s realistic.”

From the above statement, it is imperative Lilly doesn’t think marriage isn’t the ultimate destination of any relationship. Be that as it may, marriage is definitely on the card but not soon.

Norman Is a Father of Two Children: His Girlfriend Wants to Adopt More

The duo became a parent for the first time in 2011. They welcomed their firstborn, a son named Kahekili Kali in 2011. She kept the news of her pregnancy largely hidden from the media.

After a few years, Lilly became pregnant with their second child. She gave birth to the second in the year 2015. Just like her previous pregnancy, Lilly kept the information of her second child behind closed doors. To this day we don’t know if it’s a boy or a girl. Even so, the family of four is living a rather pleasant life.

Apart from that, Evangeline is also keen on adopting more children in the future. Yes, the Ant-Man actress is all set for adoption. When asked about her plans to have more kids in the future,

“What I wanted originally was six kids. I frickin’ love being pregnant. I’m one of the lucky women who just had a blissful pregnancy, but I wanted to adopt four. My partner and I have really been through the ringer in the adoption world and it’s hard, so we’ll see what happens. Life is magically beautiful, and it brings you what is perfect.”

We wish nothing but the best to the pair and hope Evangeline and Norman become great parents to their kids, be it two or six.

How Much is Norman Kali’s Net Worth?

Norman’s work as an assistant director and actor helped him garner a decent amount of money. Nonetheless, he is a stay-at-home parent so his net worth cannot be estimated. His wife, on the other hand, is worth $15 million. She earned a major portion of her money through her roles in several blockbuster movies.