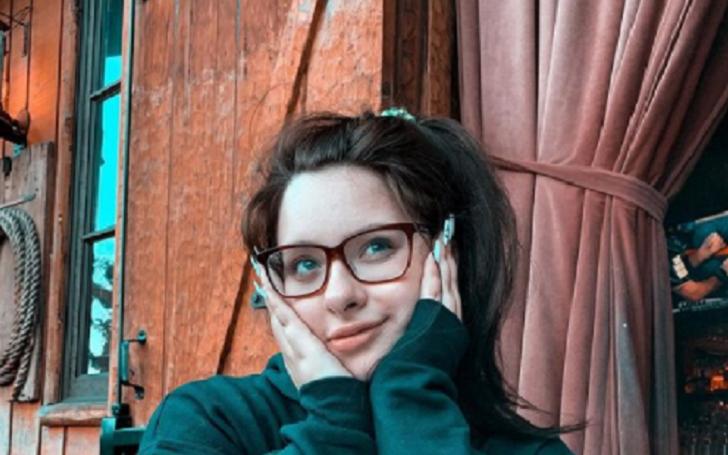 Olivia Pacino is the twin daughter of one of the greatest actors of all time Al Pacino and his former flame Beverly D’Angelo, an actress and singer. Her never-wed-father Pacino and mom D’Angelo dated for years before their love affair fell apart. She also has a twin brother named Anton James Pacino.

Being the daughter of actor parents, is Olivia also interested in show business? If not, what is the young girl doing these days?

Besides, also know who is Olivia’s boyfriend at present? The article will provide deeper information about her education, struggle with learning at school, and career goals too!

Who is Al Pacino’s daughter Olivia Pacino? Her Professional Goals

Olivia is a star kid who has been in the spotlight since her birth as the daughter of former high-profile couple Al Pacino and Beverly D’Angelo. The ex-duo started dating in 1997 and was in a relationship for many years until they separated in 2003.

Besides, Olivia, who belongs to a family of actors, seemed to have an interest in the same field just like her parents. Although Al Pacino’s daughter has yet to make her professional debut, the upcoming actress looks like she is fully prepared for her future. She took acting lessons at the Lee Strasberg Theatre and Film Institute, in New York City.

In addition to acting, Olivia is also a model and photographer.

Short Bio of Her Parents

Both of her parents have a fantastic career in the show business, especially Al Pacino’s career which has spanned over a half-century is consists of a plethora of prestigious accolades. He was first nominated for an Academy Award for Best Actor after his work in the 1973 movie Serpico.

Al gained initial fame for his debut lead role as a heroin addict in The Panic in Needle Park (1971). Some other highly-acclaimed movies that Pacino starred in are The Godfather installments, The Irishman, The Insider, and more.

Her mother Beverly is an actress who has worked in dozens of movies. She got a Golden Globe Award nomination for her work in Coal Miner’s Daughter. Additionally, D’Angelo was nominated for an Emmy Award for her work in the TV movie A Streetcar Named Desire.

Olivia Pacino and Her Twin Brother Were Born Via IVF

Pacino and her brother Anton James Pacino were born on January 25, 2001, at Cedars-Sinai Medical Center, in Los Angele, California. Their mother Beverly conceived them via in vitro fertilization at the age of 49. They weighed in at just over 5 lbs at the time of their birth.

Has a half-sister from her father’s previous relationship

Besides, Olivia has an older-half sister named Julie Marie Pacino, born on October 16, 1989. She is from her father Pacino’s relationship with his girlfriend Jan Tarrant, an acting teacher.

Despite having a strong family background in the entertainment world, Julie always wanted to pursue a career as a director. She has directed a couple of projects to date.

Pacino landed her first directorial job in a 2009 short Abracadabra, followed by some notable works including Billy Bates (2013) and Shifting Past (2017).

The star kid holds an American nationality and has a mixed ethnical background as both of her parents are of Italian descent.

Her College: Did Olivia Pacino Have a Learning Disability?

Pacino attended Fusion Academy Miracle Mile, in Los Angeles, California. It is a private school that aims to provide one-to-one education over its 250 courses. As for her graduation, the star kid completed it in May 2019 with good grades.

In fact, graduating with impressive grades at college was initially a little bit hard for her because Pacino had a lot of problems passing the exams while at traditional schools. She once opened up about her struggle with learning in a video shared on the school’s website. She said in the clip,

But, whenever her mother enrolled her at Fusion Academy, the school tremendously helped her out until her graduation.

Her Parents’ Custody Battle Over Their Twins

The lifetime bachelor Pacino and his former partner D’Angelo were in a relationship from 1997 to 2003. After their separation, the actor filed suit in a family court in New York City, seeking joint custody of his twins and liberal visitation from their mom.

Tabloids say that the court granted the ex-duo joint custody of their kids.

As per New York Post, Al was paid $50,000 a month in unofficial palimony to his ex until her decision to move to her native Los Angeles with her children. Their kids Olivia and Anton also spent most of their early days in Los Angeles with Beverly.

Who is Olivia Pacino Boyfriend? Her Dating Life

Pacino has been in a romantic relationship with her boyfriend named Ryan Harley who is known as @NoNameMadeIt on his Instagram account. He has mentioned himself as a producer on his Insta. In fact, the two started dating in November 2018 and are still leading a happy relationship.

In November 2020, Olivia’s beau shared an adorable photo of the couple from Beverly Hills, CL, celebrating their two years of togetherness. He captioned the image,

“2 years with the love of my life, but it feels like I’ve known this girl for my entire life ♾ I couldn’t be more thankful and fulfilled, I’m looking forward to the rest of our adventures and the long days + late nights doing the things that we love together!”

Judging by their undeniable romance and commitment to each other, it looks like the big day for the couple will come soon.

Olivia Pacino’ Father is a Multi-Millionaire

Her father Al Pacino has a tremendous fortune of $120 million as of 2022. He lives in his house located in New York. Furthermore, the actor has property in the town of Palisades, New York.

Besides, as the daughter of one of the high-profile actor parents, Olivia undoubtedly lives a lavish life. She currently resides in Beverly Hills. Besides, talking about her net worth, the exact figure is still under review.

Olivia has been active on Instagram since 2019. She has also amassed considerable followers of 14.8k followers on her Insta. She often shares photos with her boyfriend on her account.