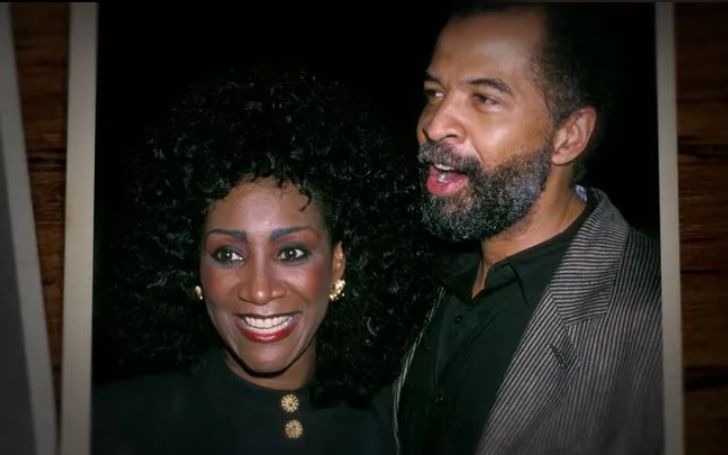 Armstead Edwards is a former high school vice principal and an ex-tour co-manager who is better known as the ex-husband of singer, and actress, Patricia Louise Holt or Patti LaBelle.

Edwards’ wife, LaBelle was first famous as the lead singer and frontwoman of the vocal group Patti LaBelle and the Bluebelles. As a solo performer, she is known for hits like You Are My Friend, If Only You Knew, New Attitude, Stir It Up, and others.

Edwards and the singer, Patti were together for over three decades. See the reasons why they decided to cut off their long-running marriage, what Armstead has been doing post the separation, is he still alive, and further.

Patti LaBelle’s Ex-Husband, Armstead Edwards Was Born In The 40s

The now 80 years old, Armstead Edwards was born in April 1942. Not much about his parental details are in the discussion. He, nonetheless, has been a Pennsylvania resident for decades.

Also, he has barely ever talked about his parents and family background. Thus, not much about his ancestry is known in the media.

It Was Patti Who Proposed To Armstead Edwards

The Philadelphia-born Patti during Oprah’s Master Class interview, revealed after she and Armstead fell in love, he proposed to her several times—but she turned him down. Then, later, Patti, herself asked Armstead to marry her.

Explaining the reason why she got down on her knees, LaBelle said,

The Stir It Up singer says she hesitated to marry him or rejected his proposal because she loved him. Patti in an interview said since her parents fought most of the time in their marriage, she feared something the same might happen to her and Edward’s marriage.

The I Wish singer said she rejoiced when her parents finally divorced. Patti felt her parents were better off being apart. From that experience, the Grammy Hall Of Famer always knew she didn’t want a marriage like that.

Before Armstead Edwards was Patti’s husband, he was her manager. Patti and Edwards eventually married in Maryland in 1969. According to Patti, the reception was small and casual, featuring beer and soft-shell crab.

Four years after the wedding, Patti gave birth to their first son, Zuri. After that, LaBelle and Armstead went on to adopt two more children: Stanley Stocker-Edwards and Dodd Stocker-Edwards.

Armstead’s son, Stanley is a Harvard graduate, and the other son, Dodd is a commercial artist. Patti and Armstead adopted Stanley and Dodd when they were still underage.

Their biological mother was reportedly Armstead and Patti’s neighbor who had passed away. Apparently, Patti doesn’t want her and Armstead’s son, Zuri to have a career in show business. The multiple Grammy winner once explained she doesn’t want her son to go through the stress and the knocks she herself faced while being in the business.

Patti and Edwards ended their union after more than three decades of marriage. Explaining the reason behind their separation, Patti in Nov 2018 said she and Armstead came to a harsh realization.

The Winner In You singer said she and her husband came to end their marriage after they both realized that they couldn’t live together anymore. Patti revealed they realized it was time for them to let go after they started to like each other from a distance. The R and B singer added things stayed incredibly amicable even as the marriage was failing.

LaBelle said she never hated Edwards and he too never hated her. The Hollywood Walk Of Fame added they just couldn’t live together—not because of physical fights or anything. LaBelle made it clear that they never fought throughout their marriage and she was thankful for that.

Whilst describing the final phase of their courtship, Patti said,

We got along even when we didn’t get along! But then we realized that we had to leave each other.

“I was married for 34 years to a man that I met when I was a young kid, and we were married for as long as that, liking each other.”

LaBelle said while she and Armstead fell out of love, they kept on liking each other, and that they are best of friends now. At the time, the ex-couple apparently also lived about 20 minutes from each other and often visited each other’s houses.

They even saw each other on Thanksgiving and Christmas. Patti says Edward and her’s relationship is still tight. While LaBelle has said she and Edwards are never going to be together romantically again, she appreciates their strong relationship and the bond they share, even almost two decades after getting divorced.

Armstead Edwards’ Ex-Spouse Patti LaBelle After The Divorce; Is She Married Now?

After Edwards, reports in 2016 stated the dramatic soprano, Patti was reportedly and quietly dating her then 41-year-old drummer, Eric Seats. They at the time had been together for more than a year.

Quite similar to Patti, Eric also has an extensive musical career of his own. He additionally has toured with Stevie Wonder, Mary J. Blige, and Missy Elliott, among others, and produced songs for Destiny’s Child and Aaliyah.

Patti, now, however, comes across as, all single, or at least that’s what her Instagram suggests. The Grammy winner shares almost all of her on and off-the-stage life but the ABCs of her marital what-about.

Armstead Edwards Used To Be A Principal

On the professional front, Edwards first used to be a high school vice principal who later went on to co-manage his ex-wife, Patti’s career and even ran a boutique that the couple owned in Philadelphia.

It though is unclear whether the partnership in business is still running. When Armstead was Patti’s manager, it was he who was primarily responsible for making her ”Look to the Rainbow” tour successful.

What Is Edwards Doing Now; Is He Still Alive?

For someone who is cruising through his retirement life, LaBelle’s former partner, Edwards hasn’t sat up for many q and a s in recent times. Further, unlike his ex-wife, he also isn’t that active on Instagram, Facebook, Twitter, or likewise, pass time zones. It thereon is unclear what precisely Armstead is carrying out these days.

While there aren’t scores of pieces on the clouds including the reports proportionate to Edwards, he was last seen in May 2019 through an Instagram alias @gijonesjrphilly.

The occasional striking point at issue anyhow is whether Armstead is still alive or not. Albeit there hasn’t been any assertion on Armstead’s passing or even his bad health and considering even LaBelle hasn’t talked about anything as such, it seems likely Edwards is so far alive. He now allegedly lives in Wynnewood, Pennsylvania.

Is Armstead Edwards As Rich As His Ex-Wife, Patti LaBelle?

Edwards’ powerhouse vocalist, Patti is distinctively rich given her hit records and her reputed personality in the music world for over five decades.

In view of LaBelle’s numerous hits and chart-topping creations, her $60million wealth or so shouldn’t occur to one as a fact unheard of. However, the thought of ex-partner, Edwards – having suchlike net worth seems a tough euphemism. While he was around the music industry handling behind-the-scenes chores, the chances of him raking in big money during those periods seem less likely.