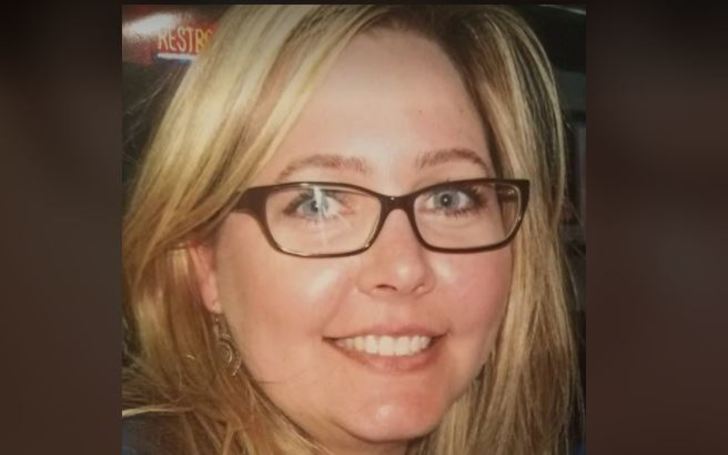 Ashlie Walker is a professional nurse and the sister of the late actor Paul Walker, who is known for films like the Fast And The Furious franchise other films like She’s All That, Varsity Blues, Joy Ride, Into The Blue, and Takers, among others.

Besides being a registered nurse, she is a mother of 4, a wife, and a Monat (skincare, shampoos, and conditioners to hair styling and wellness products) market partner.

Delve more into her life; from the time she grew up with her late brother to his demise and even the events where she honored his death and defended his character. Also know a bit about her own personal life.

Ashlie Walker was born in June 1976 most likely in Glendale, California. She is the third child of Paul William Walker III; after his first daughter, Amie (from his former relationship) and Paul Walker. Ashlie’s father used to be a sewer contractor and former amateur boxer. He had won two-time Golden Gloves champion.

The younger sister of Paul Walker is of English, German, Swiss, and Irish ancestry. Her mother, Cheryl (née Crabtree), is a former fashion model. She is now married to another man whose last name is Hann.

Ashlie’s paternal grandfather, William, was also a boxer; his career, though, was brief. He was known by his ring name, “Irish” Billy Walker. The nurse/beauty products expert and her siblings grew up under the Mormon faith. She presumably studied at Kennedy High School.

Ashlie Walker Is A Nurse

As mentioned Ashlie is a registered nurse at Medcor as well as a market partner at Monat (skincare, shampoos, and conditioners to hair styling and wellness products).

She started working at Monat in Dec 2020.

In addition to Caleb, Cody, and the late Paul, Ashlie also has a half-sister, Amie Walker, the eldest. While not much about Amie is known, Caleb is a restaurant owner and Cody, the youngest, is in the paramedic.

Both the brothers and the rest of the Walker family continuously work for their late family member’s charity organization, Reach Out Worldwide, a disaster relief nonprofit organization that Paul created after he visited Haiti in 2010.

The organization, over the years, has been providing relief for the first-responders and other professionals in the medical and construction-related fields in times of natural disasters.

After Paul’s demise amidst the shooting of the Furious seven, his look-alike brothers, Caleb and Cody served as his substitute so that the film could finish its production.

On her brothers filling in the role of Paul, Ashlie said after the production of the film, Caleb, a restaurant owner, and Cody, a paramedic, would get back to their regular jobs.

“They’re not actors. This is just temporary,”

the Californian resident explained. She added how her siblings just wanted to help complete the film because of the many people liking it. She said it was a natural decision.

The Glendale native, however, added diving into their brother’s world was a big challenge, emotionally and logistically for Caleb and Cody as well as to the Whole Walker family.

Ashlie said her family’s faith in the Mormon practice helped them to come to terms with Paul’s death.

How Ashlie Walker Defended Her Brother, Paul, Even After His Death

Shortly after the tragic death of the Joy Ride star, there were some who believed he and Rodas, his friend, and the driver was actually racing through the Santa Clarita neighborhood.

It was Ashlie who afterward came and said it was a complete lie. She angrily denied the Into The Sea – star was drag racing before his fiery death. The third child of Paul Walker Sr. added how the ‘irresponsible’ rumors’ at the time were making her family’s grief worse and more painful.

Some members from the Police said they received eyewitness statements saying the sportscar Paul and friend was ‘traveling alone at a high rate of speed.’

As per the locals, the Porsche slammed into a light pole and burst into flames. The Police in Los Angeles later ultimately rebutted a so-called “second car” theory in the tragic death of Ashlie’s brother.

Walker and his friend and fellow fast-car enthusiast Roger Rodas died on Hercules Street in Valencia, a neighborhood of Santa Clarita, California when the latter’s 2005 Porsche Carrera GT smashed into a light pole and tree, then exploded in flames.

Walker’s reportedly was the passenger. He and Rodas thought of taking a brief drive away from a charity fundraiser and toy drive at Rodas’ custom car shop in Valencia, about 50 kilometers northwest of Los Angeles.

The accident took place on Saturday afternoon on November 13, 2013, at a street that forms an approximately 1.6-kilometer loop amid industrial office parks.

The hills edge the road and it lies relatively distant from traffic. The route is allegedly a well-known hot spot for street racers.

The Takers star and his ride partner were pronounced dead at the scene. Rodas cease to exist after suffering multiple trauma while Walker lost his life from the combined effects of trauma and burns.

In 2018, Paul’s brothers, Caleb, and Cody produced a documentary narrating the life of their deceased brother. The title being, I Am Paul Walker.

The video biography features footage of the actor, dating back to his childhood, as well as excerpts from interviews with Walker’s friends and family.

In the documentary, Ashlie, one of the persons to have remembered Paul the most, says,

“He liked to go fast. As soon as I was old enough to hang on tight, I was on the back of his big wheel with him going for the ride of my life.”

Ashlie Walker Is Married To A Designer

Ashlie Walker is currently married to her husband Jeffery Herod on Feb 4, 2010. Her spouse is an interior designer at Jeffrey Herod Interiors and is a graduate of La Canada High.

The couple has a son Jericho with her current husband Jeffrey Herod.

She Has Three More Children, Allegedly From Her Previous Relationship

The Monat’s co-owner Ashlie Walker apparently was married to someone else before Jeffrey Herod. As such, she has three more children prior to a son with her current partner.

Ashlie first became a mother in Sep 1996 giving birth to a daughter, named Caitlin Ashlie. Her daughter Caitlin is a Vegas-based blogger, a YouTuber, and an aesthetician.

The Huntington Beach local, however, hasn’t revealed much about the father of her daughter and her two sons.

Ashlie and her late brother, Paul were once runners-up on a game show called I’m Telling back in 1988.