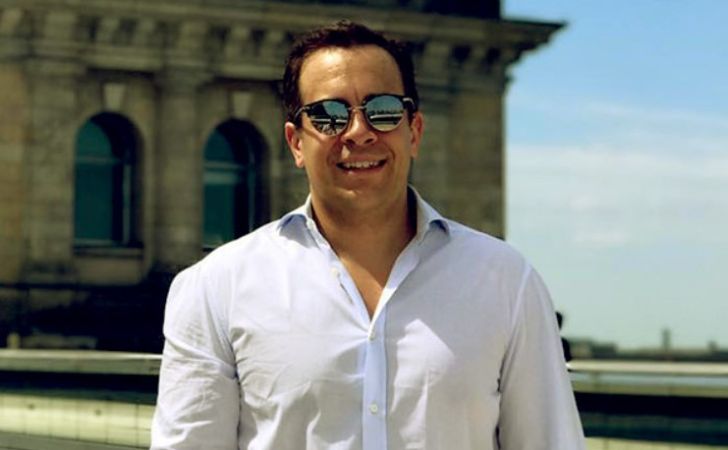 Matt Danzeisen is a successful American businessman, investor, & financial expert, who is primarily known as the husband of Peter Thiel. Well, his long-term partner Thiel is a German-American billionaire entrepreneur, political activist, & venture capitalist as well.

The couple is married since 2017 but despite being together for so long, very little about Matt’s life is known in the media. With their ongoing relationship that has already spanned a few years, there has been curiosity about how their affair began. Moreover, there are also ongoing rumors about Danzeisen’s daughter.

Well, in this article, we are going to talk about his career, marriage, children, & much more.

As we said, Matt is mostly recognized as Peter Thiel’s husband. Thus, most details about his childhood have been unidentified. However, there are reports that he was born in the 60s, and thus talking of his age, he is in his 50s.

Reportedly, he is an American and grew up in the United States with his American parents. But unfortunately, Danzeisen has kept all the details about his parents a secret most probably because of privacy reasons.

Matt Danzeisen Is A Businessman & Investor; Works For Peter At Present

When it comes to his professional life, Mat is a successful individual. He is not only an entrepreneur but also an investor & a professional portfolio manager.

He has so far worked for several organizations including the American global investment management company named ‘BlackRock, Inc. There he worked as a portfolio manager. Likewise, he also served for years as an investment banker at Bank of America Securities.

As far as his present is concerned, Matt Danzeisen works for Peter Thiel at his company Thiel Capital as a portfolio manager. Well, the company which is located in San Francisco, primarily focuses on providing strategic and operational support to organizations under Thiel’s control.

Apart from all these, there are also reports that Matt has also invested in FinTech companies but the exact details have not been revealed.

As we said, Matt is in a marital relationship with Paypal co-founder Peter Thiel. The two tied the knot in October 2017. Their wedding was held in Vienna, Austria.

Interestingly, their marriage was a surprise to all the guests who thought they were there for Thiel’s 50th birthday. As of now, the couple is together for years and their relationship seems to be getting stronger every day.

Well, how did Matt and Peter first meet? It looks like the couple has agreed upon keeping the details about the beginning of their love affair a secret. We are unsure when & how the lovebirds first met but they undoubtedly dated for a while before they walked down the aisle.

That said, we would love to hear their secret love story. Someday may be.

Does Matt Have Children?

Well, there have been a lot of assumptions and speculations about Matt having a daughter. But the truth is he does not have any kids. In fact, he does not seem to have any plans of welcoming one in the future as well.

As we said earlier, Peter is a German-born American billionaire entrepreneur. He has also established himself as a venture capitalist, & political activist.

Apart from this, he is also the co-founder of businesses like PayPal, Palantir Technologies, & Founder Fund. Likewise, he has also invested in several other billion-dollar ventures like Clarium Capital, Facebook, and Valar Ventures, among others.

Talking about his childhood, he was born Peter Andreas Thiel on 11 October 1967, in Frankfurt, West Germany. When he was just around a year old, his parents moved to the United States.

He did his schooling at Bowditch Middle School in Foster City. Later, he attended Stanford University, where he studied philosophy. Likewise, also earned a degree as a Juris Doctor from Stanford Law School in 1992.

Tech billionaire Peter is a proud gay and is very vocal about LGBTQ rights. With the voice he has, he has been constantly fighting for rights gays are deprived of.

During his first appearance as a Republican convention speaker back in July 2016, he raised his voice against the use of public bathrooms. He said,

We are told that the great debate is about who gets to use which bathroom. This a distraction from our real problems. Who cares? Of course, every American has a unique identity. I am proud to be gay. I am proud to be a Republican. But most of all, I am proud to be an American. I don’t pretend to agree with every plank in our party’s platform. But fake culture wars only distract us from our economic decline.

Similarly, he also talked about the attack on a gay club in Orlando which killed 49 people and said that he would do everything to protect LGBTQ citizens.

As president, I will do everything in my power to protect our LGBTQ citizens from the violence and oppression of a hateful foreign ideology.

What is Matt’s Net Worth?

Matt is decently successful when it comes to finances. As a portfolio manager at Thiel Capital and from his other endeavors, he has undoubtedly made a big sum of money. However, when it comes to the exact sum of his money, things are unclear but there are estimates that he has a net worth ranging from $5 million to $7 million as of 2022.

On the other hand, his boyfriend turned husband Peter is extravagantly rich with an estimated net worth of $7.19 billion, which ranks him 297th on the Bloomberg Billionaires Index.

Caroline Lindqvist, Owen Wilson’ Son’s Mother: Where is she now?